If you are wondering how to personalise your wedding, then look no further than Terri and Nat Rivero who fused their passions in life to make their special day at Rhinefield House Hotel truly unique to them. 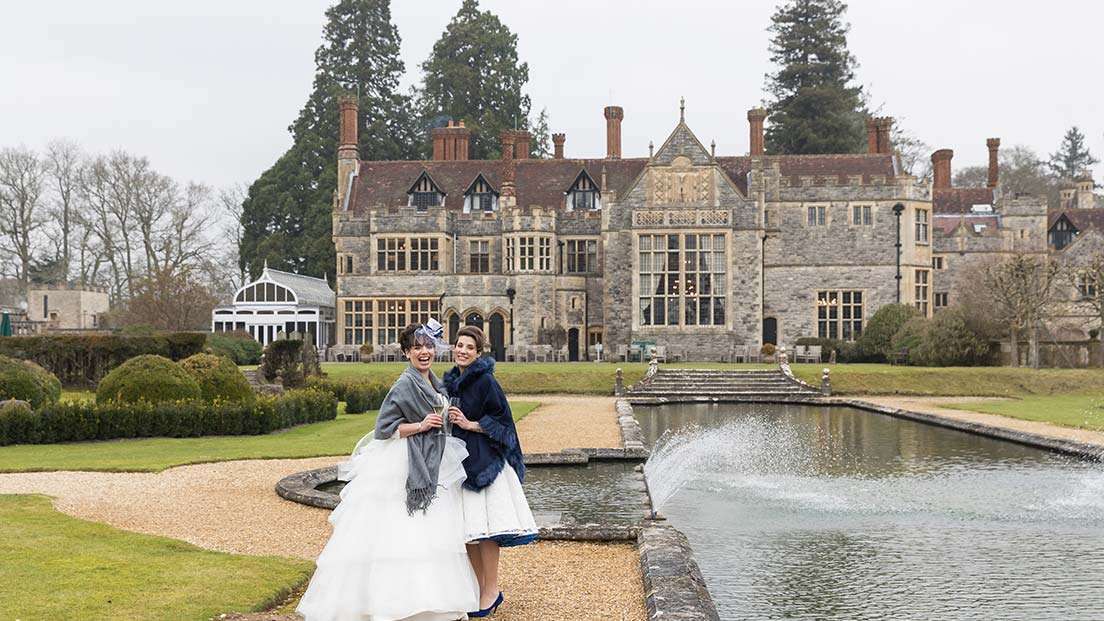 You know you have found someone truly special when they agree to incorporate Doctor Who into your wedding. “I have loved the show since I was a little girl, but Nat had never seen it. Within a few months of us dating I made her sit down and watch it with me – luckily she became obsessed, too,” laughed Terri. Both girls are actually huge geeks within their own rights and it is not just certain TV programmes that they are fixated with they are also passionate about literature, film and comic books. For them their wedding was a time of great celebration, but also served as the perfect opportunity to reflect their personalities. 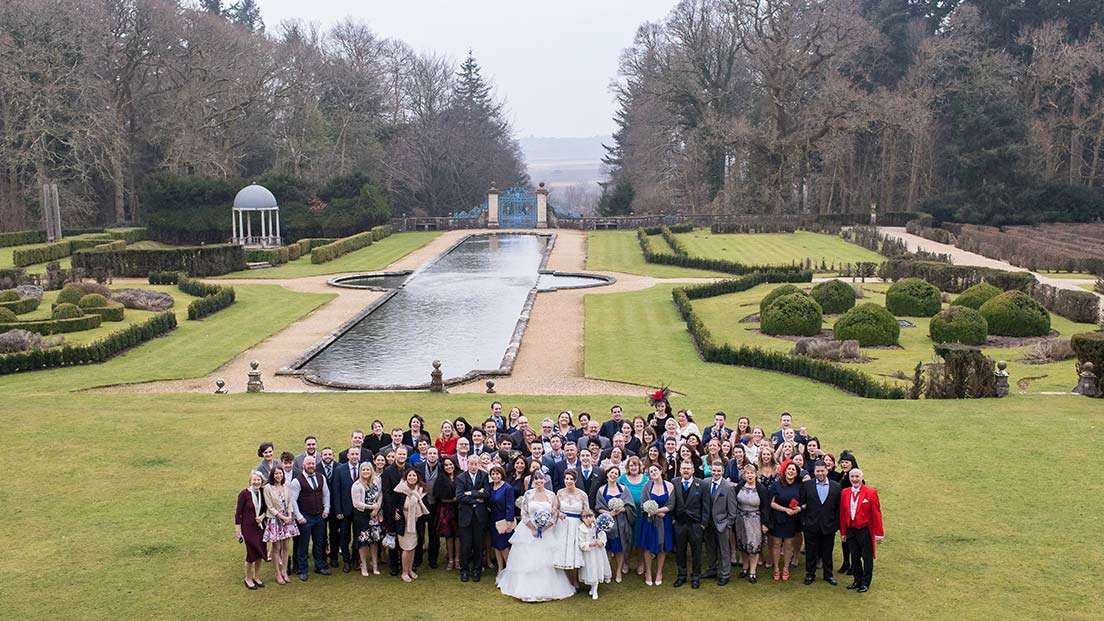 As the couple (both 32) wanted to instil all of their favourite things into the entire day, they decided to give themselves just over a year to prepare. First though they needed to book a venue. “Our families are at either ends of the country – mine are in Bournemouth and Terri’s are in County Durham, so we needed somewhere that was in the middle of the two and could accommodate everyone,” explained Nat. “Rhinefield House actually happened by accident. My sister was helping us to look for venues and she and her husband were on a bike ride in the New Forest. After ending up at the hotel to have a few drinks, they recommended that we should take a look.” 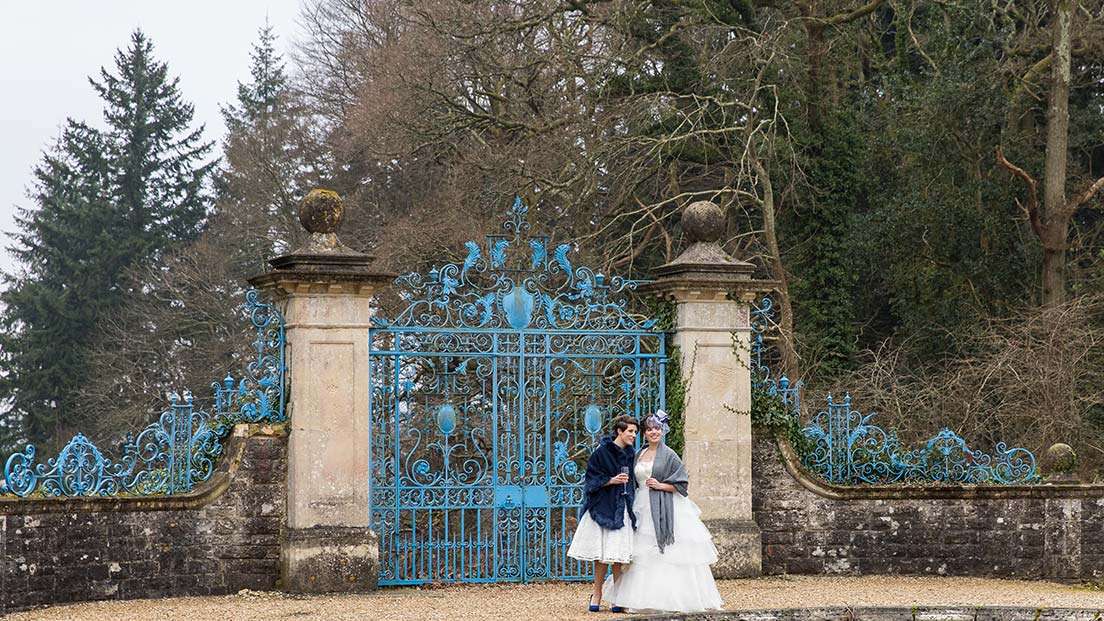 Less than a month after proposing to Terri, they both attended a wedding fair at the Hampshire venue in January 2016 and the rest, as they say, is history. “The Christmas tree was up and it looked stunning, we both just fell in love with it. I asked it was free on 11 February 2017 when Terri had holiday time – she is a school teacher – and it was, so we booked it. “We only looked around it for half an hour, as we both had work the next day we needed to get back to our home in Bromley, Kent, which is three hours away. We were sold on it straight away so we knew we made the right decision,” confessed Nat.

“That driveway through the Giant Canadian Redwoods is something else and the Grand Hall, which would accommodate our wedding breakfast and ceremony, was just stunning – it is actually a replica of Westminter Hall!  There was no point looking at other venues,” added Terri. 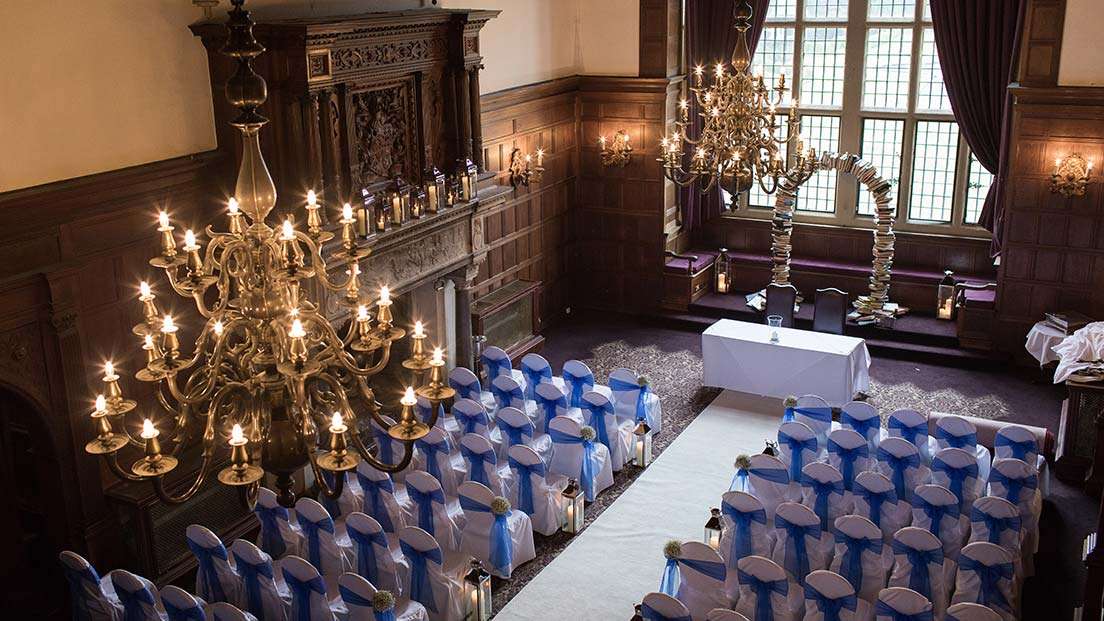 Over the next year or so, their spare room was designated the wedding room as the pair accumulated accessories – that they had either handmade or sourced from charity shops, car boot sales or online – to decorate their venue. “As we began to stockpile stuff, you could not use the room for anything else,” laughed Terri. “We had to hire a man and a van to transport it all to Rhinefield the night before and help set it up. I think it was the first time anyone had ever bought that much stuff, but the staff really seemed to get into it and enjoyed the fact our wedding was so different.” 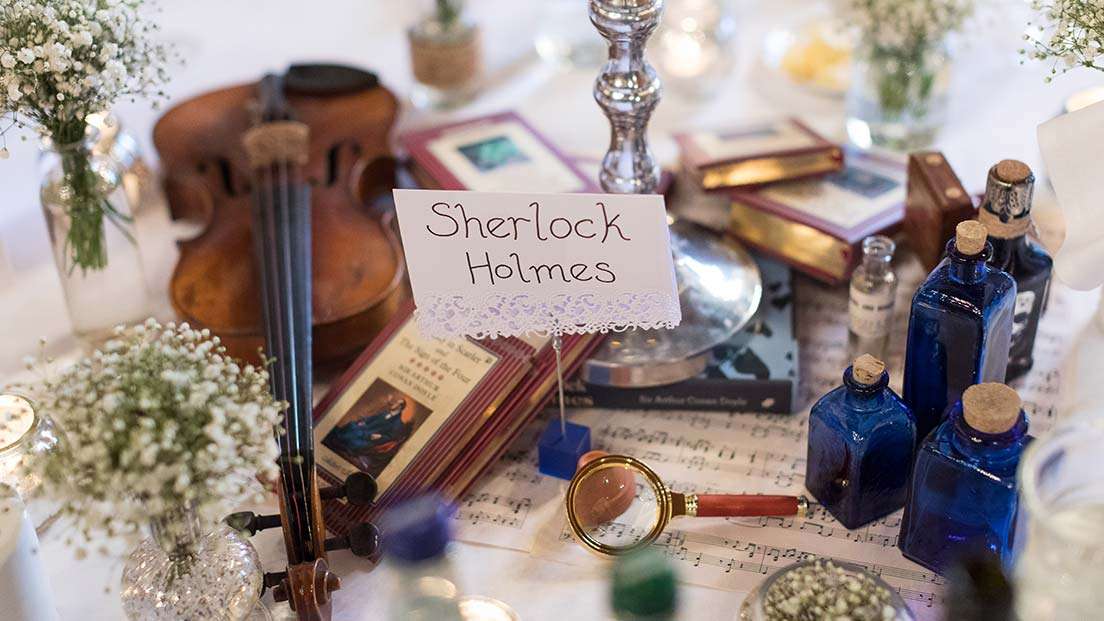 With nine tables, each one themed by books (including Alice in Wonderland, Harry Potter, Sherlock Holmes, Charles Dickens, Comic Books, Fairy Tales, Roald Dahl, Disney and Buffy the Vampire Slayer) and then the top table, which was Doctor Who based obviously, it is no surprise they had so much stuff. 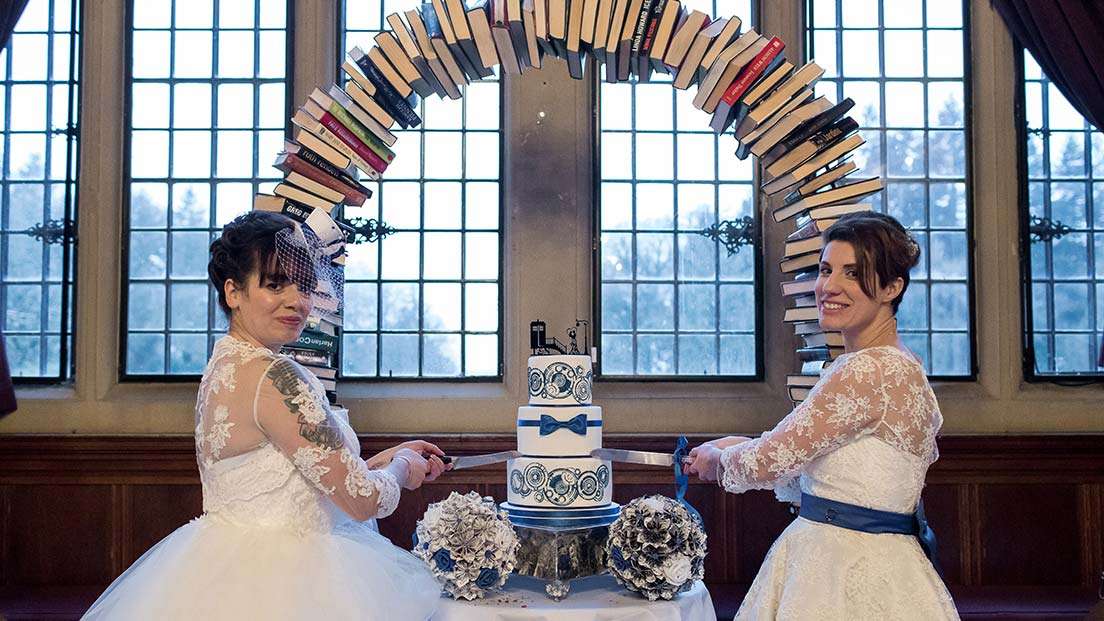 The single biggest item (aside from the Police Box photo and video booth!), and a must-have for any bibliophile bride, was probably the book-laden wedding arch. Nat was going to make one, but after spotting one on preloved.com – the only one in the country nonetheless, they snapped it up. 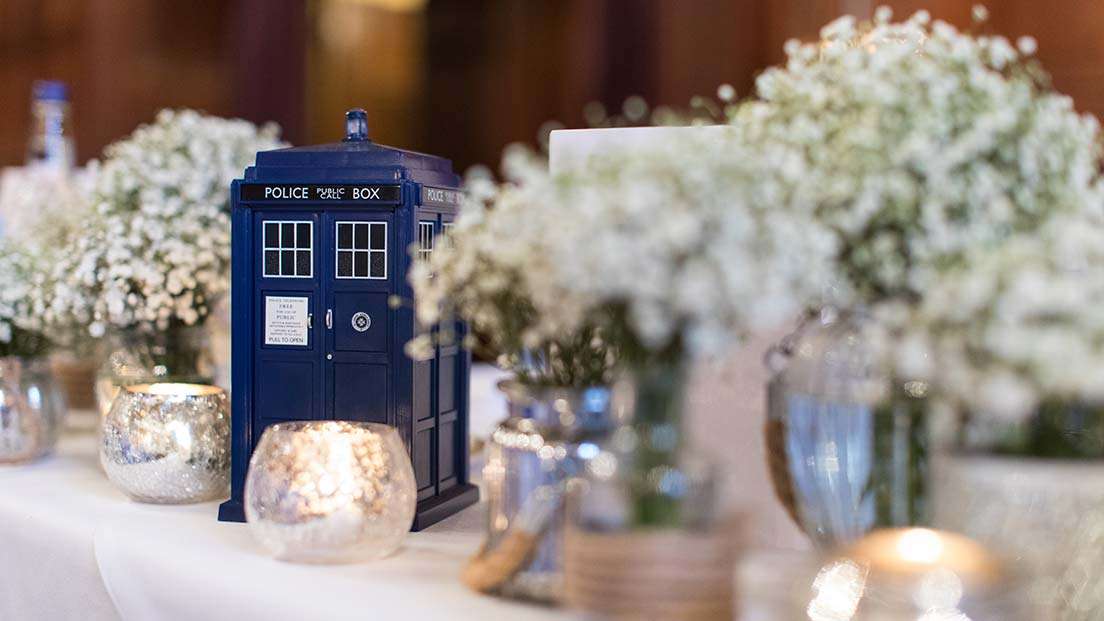 While Doctor Who featured quite heavily in their big day – inspiring the rings (which were blue and engraved with Gallifreyan writing), colour of the bridesmaid dresses (plus pocket square and cravat for the best man and ushers, and chair sashes) and cake – the overriding theme was actually literature (if you had not guessed by now!) and music. 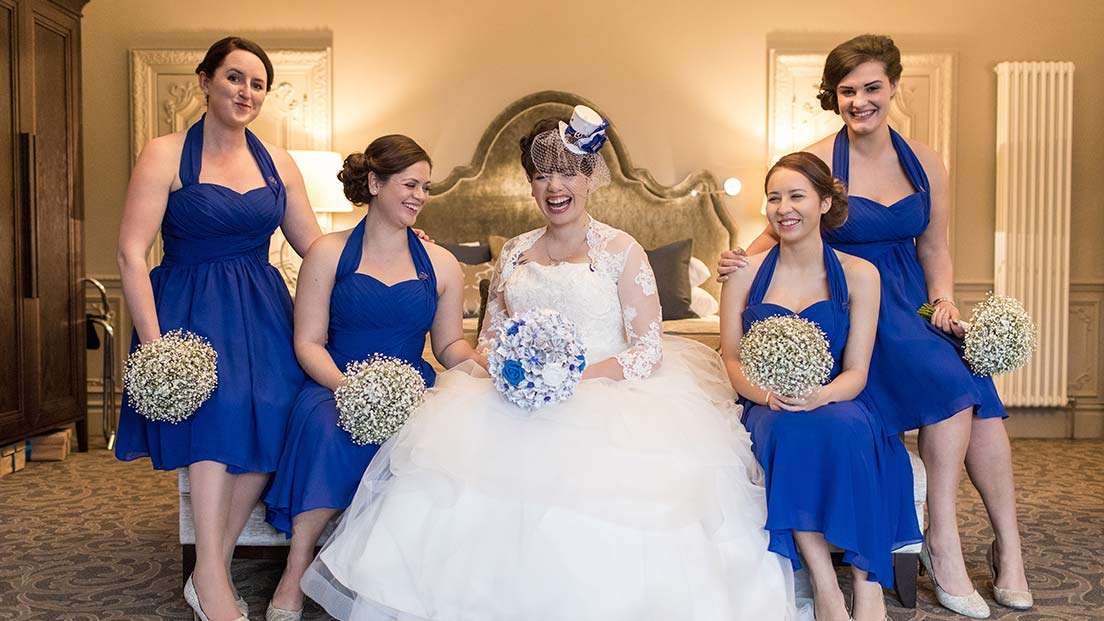 While Nat was not able to make the book arch she did customise the bridesmaid’s shoes. “I bought books [based on some of those that inspired the tables and also the socks and cufflinks of the male wedding party] from charity shops, cut out the words and then applied each patch of paper to the shoes using a mixture of PVA glue and water,” revealed Nat, who also made the buttonholes and bouquets. 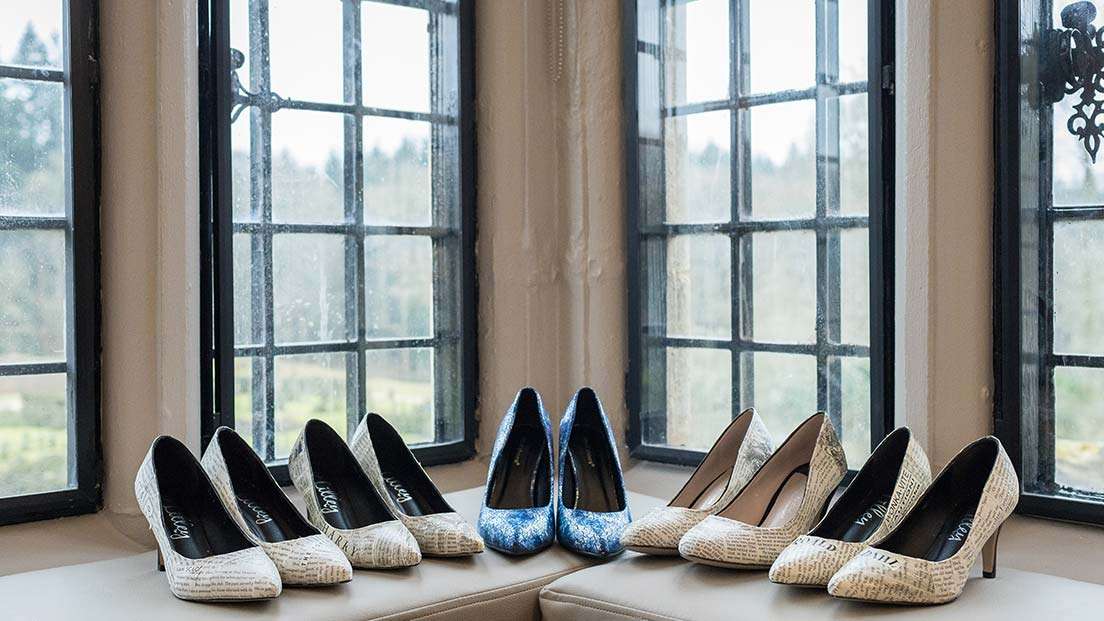 Other items of décor put together by Exclusively Weddings included lanterns and tea candles, small vases of gypsophilas, stacks of old, but personally relevant books, instruments and music stands, as well as a wooden wishing tree for guests to leave a message in a bottle and then hang it from a branch. Nat proposed to Terri with a message in a bottle so it was also something that resonated with them both. 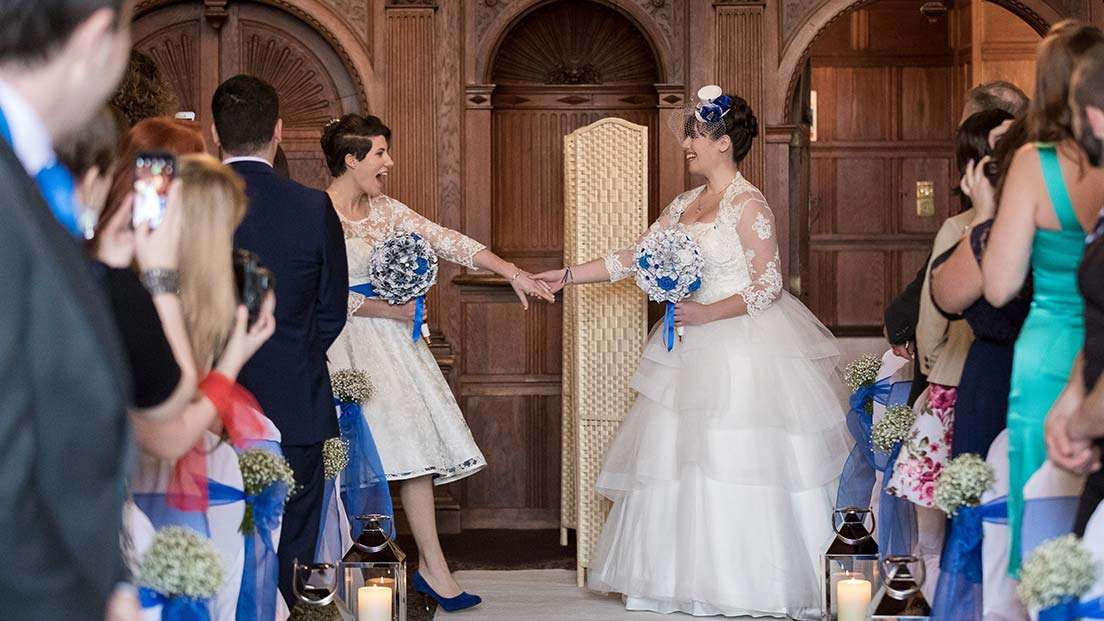 To some brides, the wedding dress is the single most important thing, and with Nat, it was no different. After trying on 20 different dresses, she eventually went for something completely different. “I wanted something slim fitting and elegant and in the end I went for something huge, but I knew as soon as I put it on it was right. Terri’s dress like mine was white and had lace sleeves, but that’s where the similarities stopped,” she laughed. 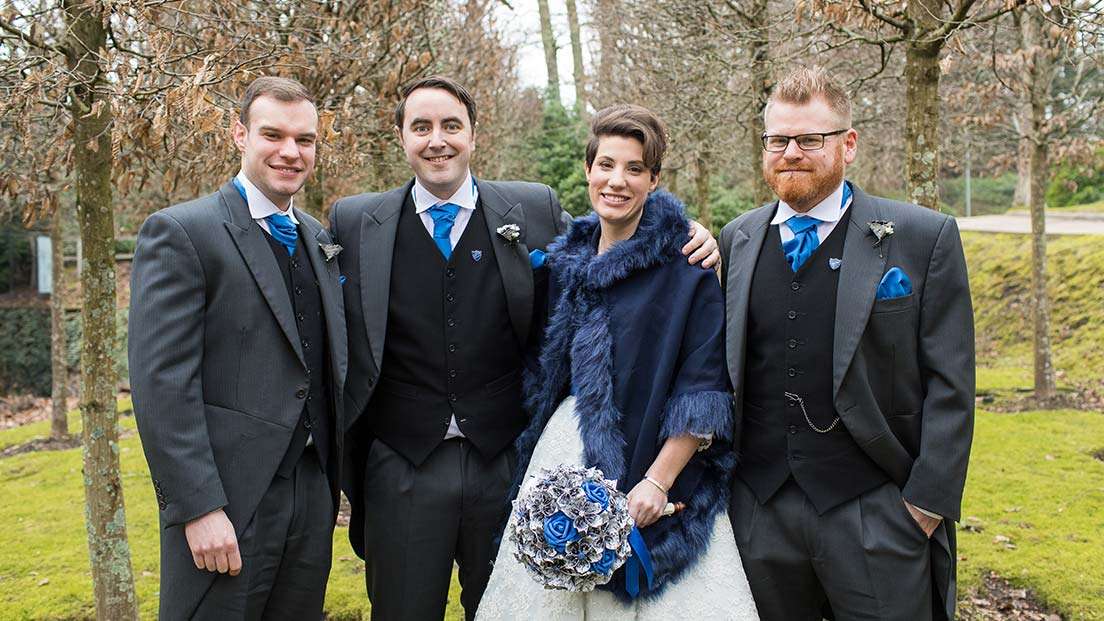 “I am not a dressy-type person,” disclosed Terri. “The only thing I would ever consider wearing is a classic 1950s style tea dress with a flared skirt and fitted bodice. In the end, I found a dressmaker in Brighton who specialised in this sort of clothing and she had a line in wedding dresses. I opted for a blue underskirt and sash to tie in with my shoes, our bouquets and Nat’s top hat – complete with a police box, cogs and gears, of course!”

Moving on to the food, Nat revealed. “The taster session was so good. Although if I had known you could try all the wines too, we would have not driven home! In the end we narrowed it down to two choices, which for us became obvious given a few of our guests had severe nut and shellfish allergies. For the meat eaters we had a starter of chicken liver pate and roast pork tenderloin for main, and for vegetarians, vegetable terrine and cheese and vegetable filo parcels respectively, with crème brûlée to finish. We explained to the chef that we did not want a buffet for the evening, but something a bit more substantial for our guests, so he suggested pizza, cheeseburger sliders and chips, which went down really well. The canapes were also specially catered towards our guests.” 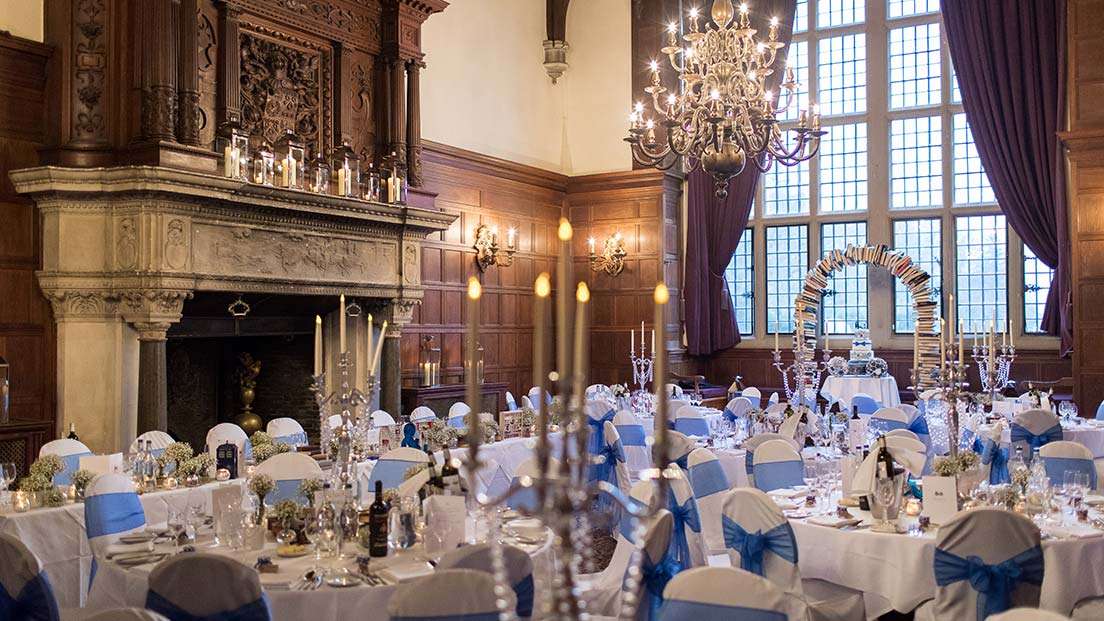 With music being so important to Nat and Terri, they had a string quartet for the ceremony, who played Your Song by Elton John for the entrance music, followed by Hey There Delilah by Plain White Tees and I Don’t Want To Miss A Thing by Aerosmith for the signing of the register, and for the exit, Starlight by Muse. “The fabulous Keysworth quartet then played during the canapes, and after the wedding breakfast, our friends performed How Long Will I Love You by Ellie Goulding, which gave myself the chance to get changed and the guests to get back to the floor, for our first dance, which we specially choreographed. It was A Thousand Years by Christina Perri,” explained Nat. “After fireworks we then had a DJ for the evening.”

During the wedding breakfast, Nat and Terri had put together a play list which featured songs linked to the table’s themes – so for example for the Harry Potter table they selected music from the film series. “After about half an hour the guests realised and then each table would cheer as their music started playing, it really helped to break the ice,” said Nat.

While Nat and Terri used many creative and personalised details to make their wedding unique they also relied heavily on some of Hand Picked Hotels’ recommended suppliers, which together with the overall service and food, they reported to be outstanding. “The staff went the extra mile and did a fantastic job – they were discreet but at the same time assertive. I think it really contributed to the overall atmosphere of the day, too. The consensus from all of our guests was that it was such a great party – even the toastmaster said it was the happiest wedding he had ever attended. 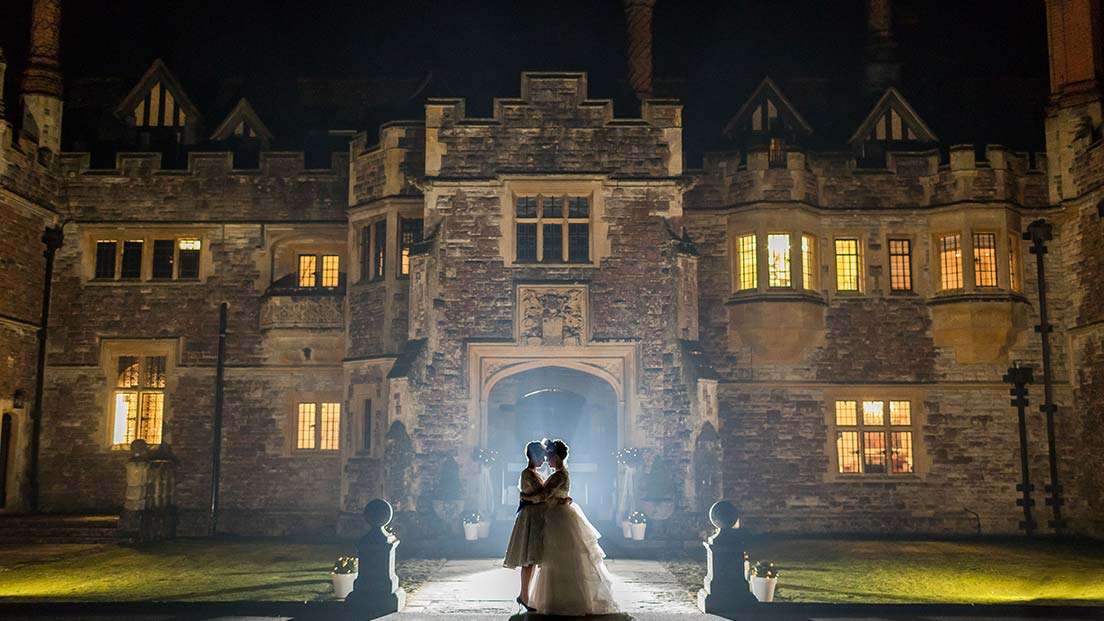 “The only downside was that it snowed in the morning and it did not settle for the photos – although the icy conditions did add to the hilarity of the day when we had to drag out our guests for some of the photos, throwing of the confetti and fireworks. Other than wishing I had eaten the wedding cake and more food I would not have done anything differently,” said Nat.