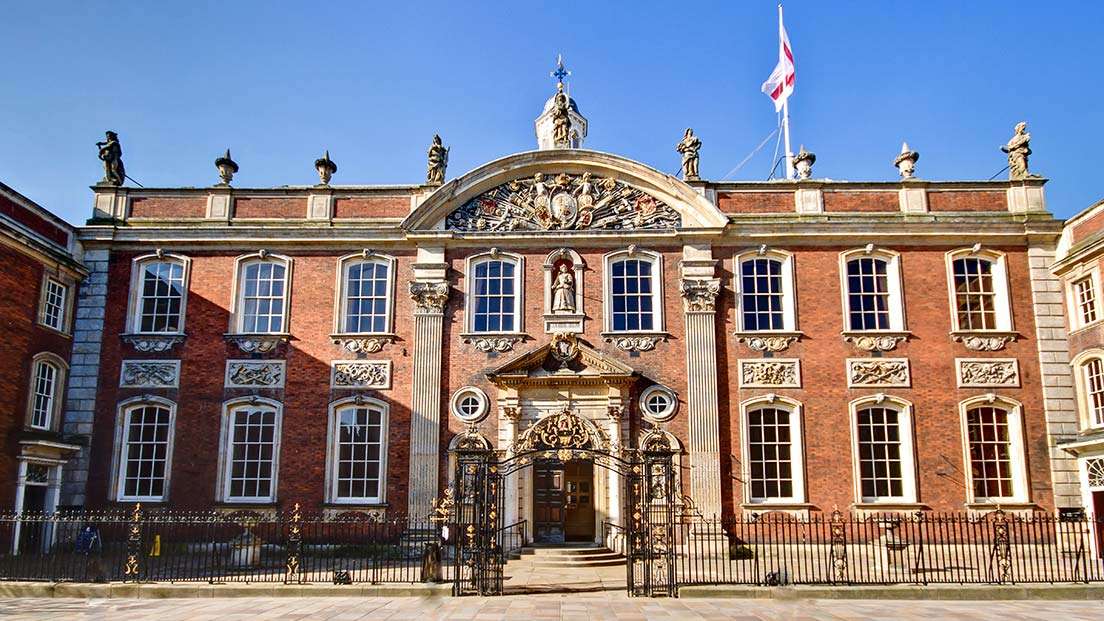 The Worcester Guildhall was originally built as a meeting place for Worcester merchants around 1227. As with many other guildhalls, it became the centre for civic administration, a role it maintained after the merchant guild had disappeared.

The present Worcester Guildhall is a superb Queen Anne building, begun in 1722 by Thomas White, a pupil of Sir Christopher Wren. White was badly paid for his efforts, and he died in poverty in 1738, bestowing the money he was owed on the Worcester Royal Infirmary. The city finally paid its debt in 1753.

The exterior of the Guildhall is brick, dressed with stone. White himself is said to have carved the figure of Queen Anne over the entry, as well as those of Charles I and II, a reminder of the city's long history of royal support. The interior is superb, boasting exceptional period decoration. The Tourist Information Centre is now located in the Guildhall.

The Guildhall is open 6 days a week and the public may view the Grand Italianate styled Assembly room with its collection of portraits. It may be possible on occasion to visit the cells if staff are available.

With thanks to Worcester City Council for the use of this image.