Stanbrook Abbey has a long and significant history, having been home to an order of Benedictine nuns for over 150 years prior to becoming the country house hotel it is today. 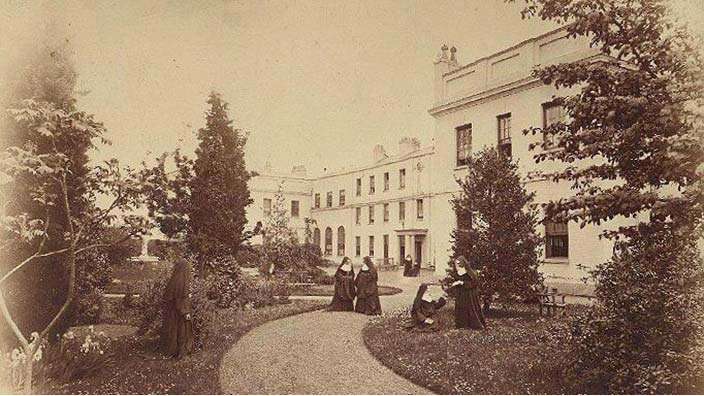 The original Stanbrook Hall, of which Bride’s Manor is all that remains, was built for its owner, Richard Case, in 1755. Stanbrook Hall was later purchased on behalf of the Second English Benedictine Congregation of Nuns who went on to reside at the property from 1838 to 2009.

The site was expanded by architect Charles Day in 1838 and later by three sons of the great Augustus Welby Pugin, who designed the Palace of Westminster. The Pugin family were chosen to carry out these works due to their use of Victorian gothic revival, which fit well with the Catholic style of buildings. Over the years the Pugin sons designed the church, cloisters, chapel and several additional abbey buildings. 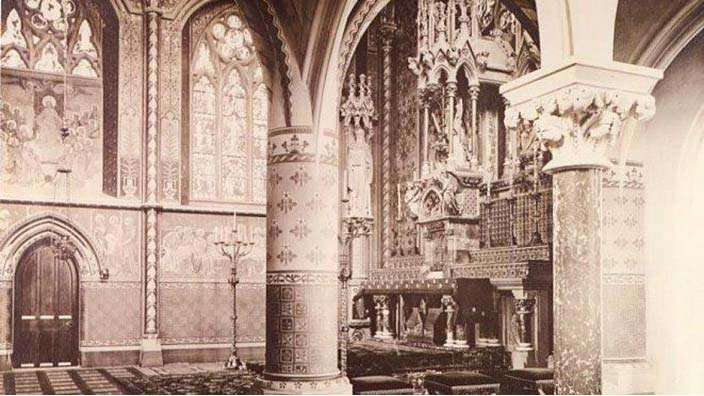 The Callow Great Hall, the former church of the abbey, was consecrated in 1871 and with its high vaulted ceiling and carefully designed stained glass windows, it is a wonderful example of the dramatic Pugin style. Evidence of the nun’s dedication can be found on the floors of the pews where hours of kneeling in daily worship has created significant grooves. The stunning East Rose Window was designed by John Hardman, and depicts Our Lady of Consolation protecting Benedictine nuns. All the original floor tiles are from Minton Ltd., another notable example of a Minton floor lies within the United States Capitol building in Washington DC. 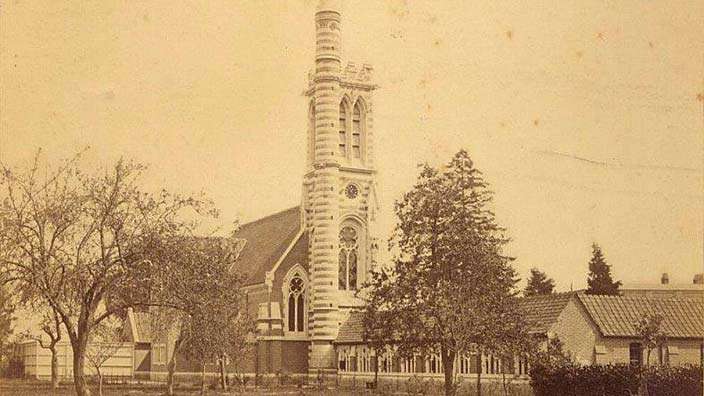 Just behind the former west entrance to the Callow Great Hall, is the Abbey’s 40 metre bell tower. Those who are feeling particularly adventurous can climb the 140 steps to the top for stunning views to the Malvern Hills and surrounding countryside.

The Refectory, now a unique dining and events space, was formerly the nun’s refectory, where they would gather to eat their meals. This room features oak fittings carved by Robert ‘Mousey’ Thompson, famous for carving mice into every piece of furniture he made. 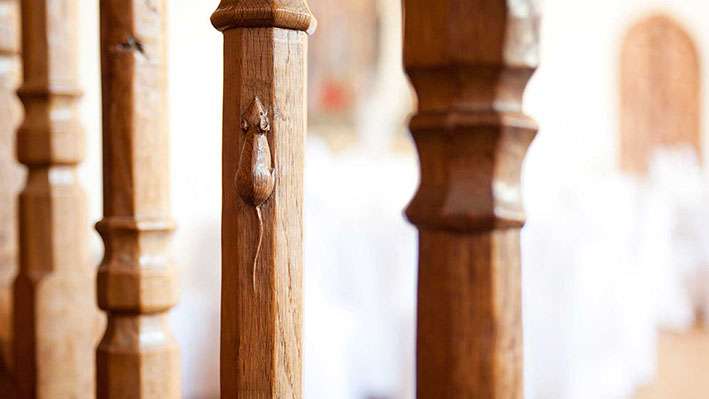 As part of the nun’s self-sufficient way of life, Stanbrook Abbey Press was created, and was one of the oldest printing presses in England. Established in 1876, it is the only known private press that was working from the 19th into the 21st century and garnered a fine international reputation. The books issued were predominantly religious texts but they also published short works which were famous for being impeccably printed and embellished with calligraphy. Dame Laurentia, later Lady Abbess in 1931, counted playwright George Bernard Shaw and Director of The Fitzwilliam Museum, Sir Sydney Cockerell, among her correspondents. Their relationship has been made into a successful play called ‘The Best of Friends’ by Hugh Whitemore. 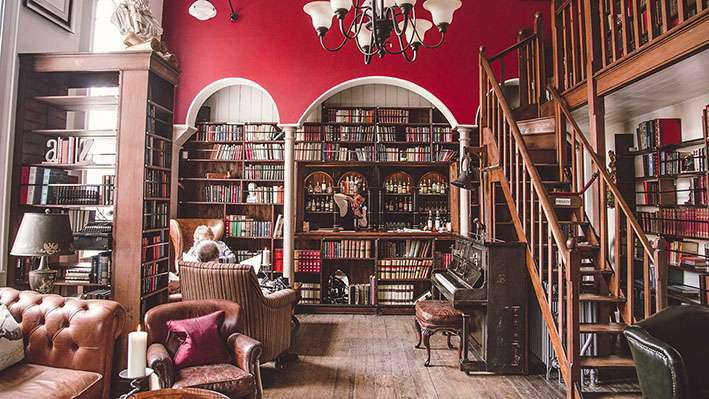 After the main abbey buildings were completed the St Anne’s Hall became a huge library storage room. The current Abbess of the new Stanbrook Abbey believes that around half a million ecclesiastical texts were stored in this and other storage rooms in the property. One such room remains intact in what is now the Library Bar.

The church was deconsecrated in 2009 when the few remaining nuns relocated to North Yorkshire, where a brand new Stanbrook Abbey had been built. In 2015, the new owners re-opened the original Stanbrook Abbey as a hotel prior to Hand Picked Hotels adding the property to its collection in 2017.