As befits a great military man like a general, the General James Wolfe features a super king size four poster bed as well as artwork depicting military scenes and a grand original fireplace.

The General James Wolfe enjoys views over Bailbrook Court and thanks to its corner position it benefits from plenty of light. The furnishings and textiles could be described as more masculine whilst the chaise longue brings a touch of modern style. There is a large feature bath, single rain shower and a TV set into the tiles in the bathroom.

General James Wolfe is perhaps most well known for being the commander of the British expedition that took Quebec in 1759. When visiting Bath, take a break from the boutiques of New Bond Street and around the corner you will find 5 Trim Street, where a plaque reads "Here dwelt General Wolf b. 1727 d. 1759". General Wolfe is known to have appreciated returning to Bath following long spells at sea to rest and replenish his health.

Feature bedrooms are allocated on an availability basis and are not individually bookable. If a specific bedroom is desired please submit a special request when booking online or speak to a member of our team. 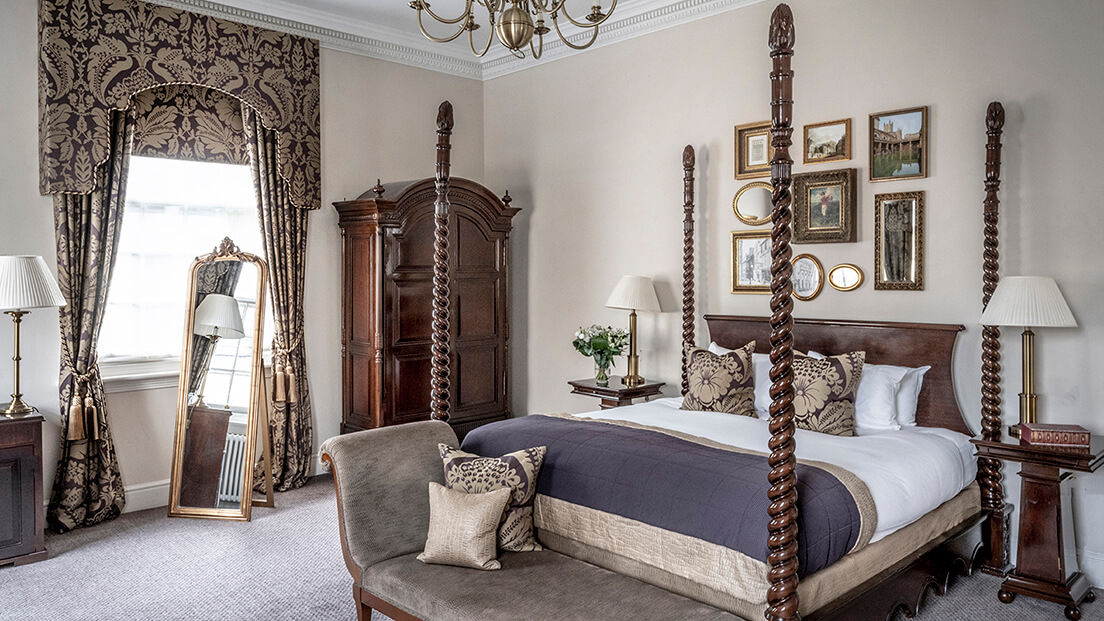 Located on a corner of the Mansion House

The view is overlooking Bailbrook Court

This bedroom is accessed via a short staircase, please speak to one of our team, who will be happy to help with accessibility requirements

External arrangements can be organised with a local dry cleaning company

Iron and ironing board

Use of hotel waffle bathrobes (available for purchase)

Price: Evening only from £67.50 per person | One night stay events vary by hotel

Whether you are coming for the...

Join us for Jubilee celebratio...

Evening only from £67.50 per person | One night stay events vary by hotel

Whether you are coming for the evening or you are staying overnight, these immersive experiences will entertain and delight.

Attend one of our wedding showcase events in 2022.

Complimentary extras the longer you stay

Join us for Jubilee celebrations on Saturday 4th June at Bailbrook House. Come along for all sorts of family fun in the grounds. Buy tickets now.

Escape to the Countryside