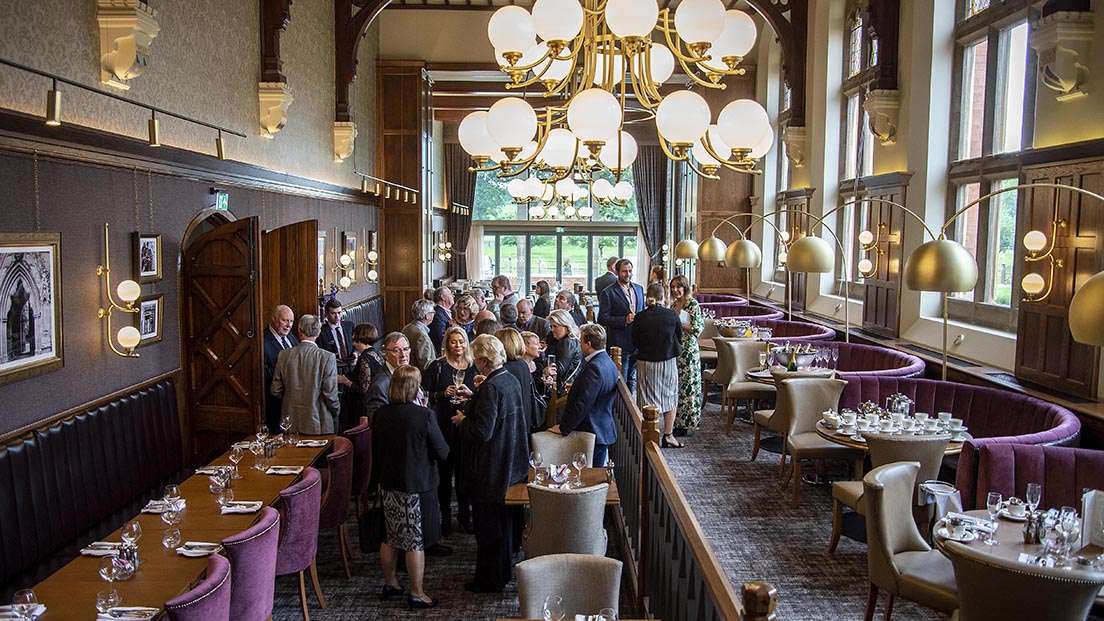 Historic Stanbrook Abbey Hotel in Worcester, owned and operated by independent country house hotel group Hand Picked Hotels, has marked the completion of a £4.2m renovation with the official opening of their new restaurant, The Refectory Dining Room & Terrace.

The launch event, hosted by Julia Hands, Chairman & CEO of Hand Picked Hotels and Gordon Burniston, Stanbrook Abbey Hotel’s General Manager with guest of honour Mike Forrester, President of the Herefordshire and Worcestershire Chamber of Commerce, welcomed clients and special guests from the local community, and those involved in the project, to celebrate the landmark opening with a Champagne reception and canapés from Head Chef David Humphreys. 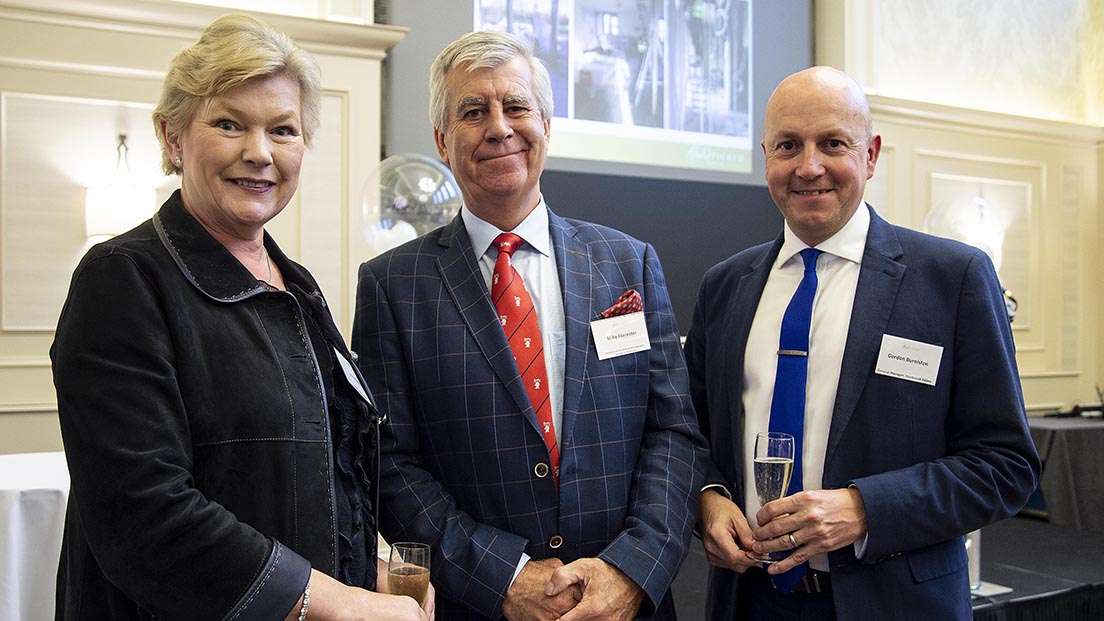 Julia commented, “I am delighted to be here today at this very special hotel, to mark the official opening of The Refectory Dining Room & Terrace and the completion of a milestone development at Stanbrook Abbey.  With such a unique building, we were keen to respect its heritage and carefully reconfigure the space in order to inject new energy into its walls and re-position the hotel as a premium, vibrant destination for dining, entertaining, meeting and celebrating within Worcester.” 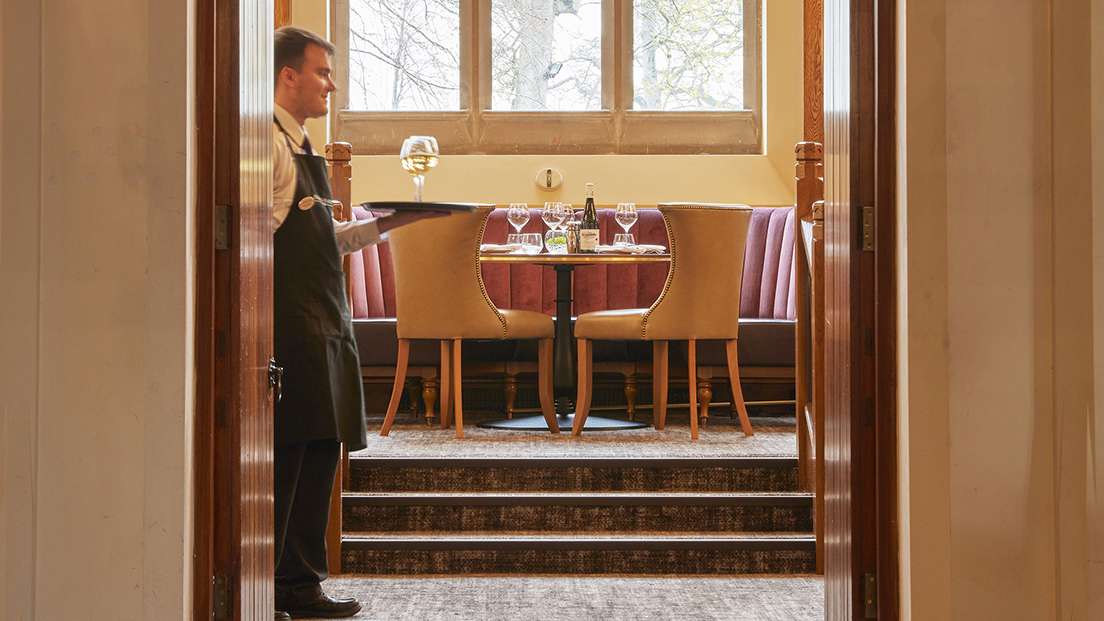 The design of the new restaurant, located in the original nun’s dining room, showcases the original features of the 16th Century hall such as hand-carved wood panelling, arched stone windows and stained glass, blended seamlessly with modern furnishings such as sumptuous velvet booths, textured walls, statement lighting, framed bespoke photographs from the local area and bi-fold doors opening onto a sun-trapped terrace. 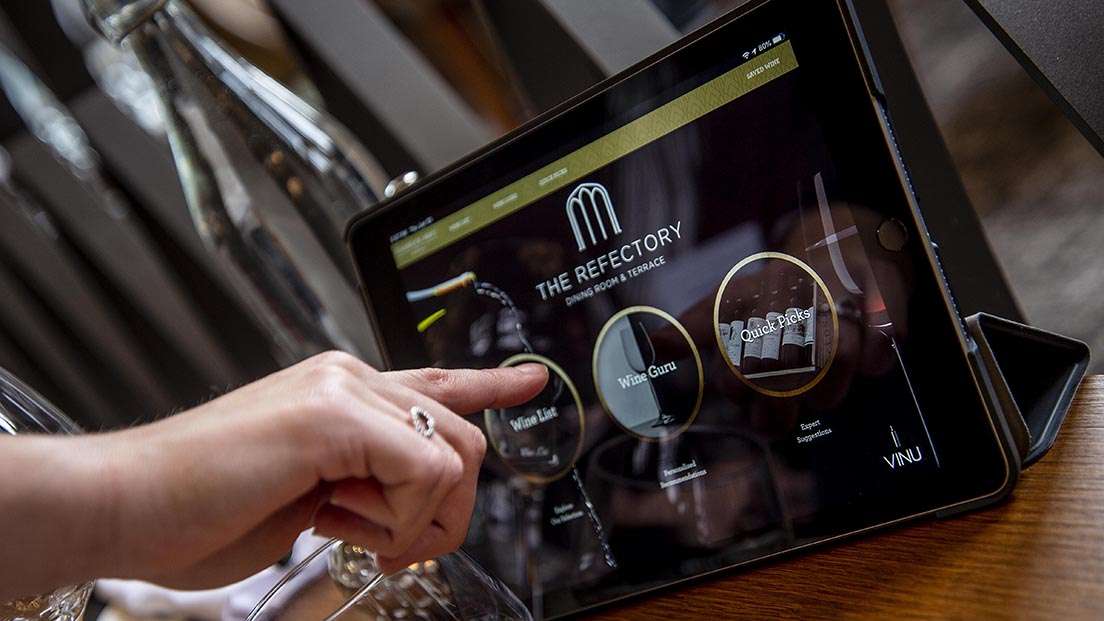 To complement the stylish yet relaxed interior, David has created a menu of modern British dishes using locally sourced produce wherever possible. Dishes currently on the menu include whipped White Lake goats cheese with heritage beetroot and pickled pear; Pressing of Old Spot ham with pea purée, focaccia crisp, gherkin and wholegrain mustard and a Welsh rump and shoulder of lamb with carrot textures, fondant potato & burnt shallot. Dishes are complemented by an extensive list of New and Old World wines, which is available to browse on iPads at the table allowing for more in-depth descriptions and providing recommendations to diners based on food selection and taste.

This renovation, representing the first phase of development at the iconic Grade II listed abbey following its acquisition by Hand Picked Hotels in 2017, took five months to complete. The new restaurant is the most dramatic transformation at the hotel given its relocation from the second to the first floor and the former restaurant and previously unconverted nun’s quarters have been converted into 15 sumptuous new bedrooms, taking the total number of bedrooms to 70. Each bedroom has been finished in a warm and neutral palette and is designed to showcase varying unique features within the building such fireplaces or stained-glass windows, with every luxurious detail considered. 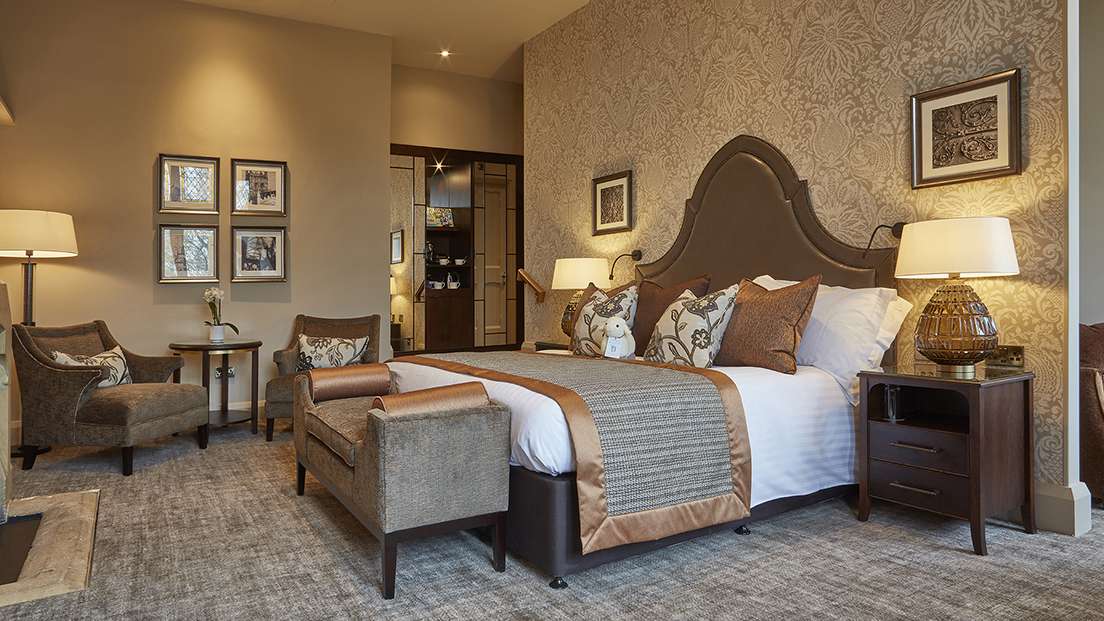 The renovation project also includes the overhaul of St Anne’s Hall function suite, which now has a bright and welcoming design scheme with warm wood panelling and soft feature lights and is now fully air-conditioned to enhance its proposition for weddings, conferences, parties and private dining. 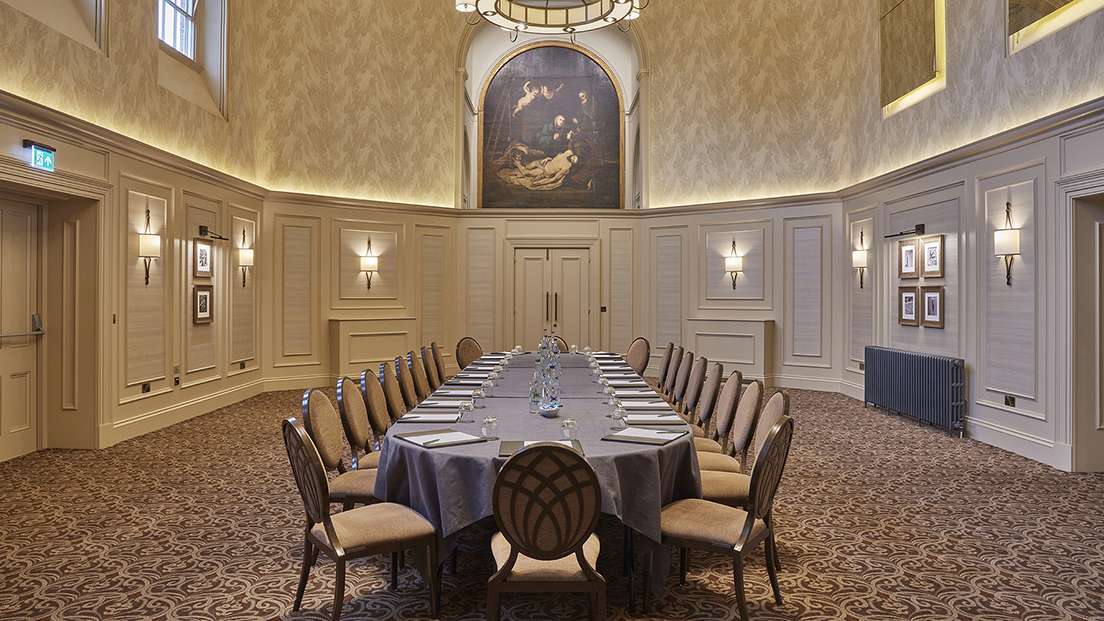 Stanbrook Abbey’s General Manager Gordon Burniston commented, “We are delighted with the results of this renovation project which has seen Stanbrook Abbey transformed. Our new restaurant has opened up the ground floor space dramatically and is now a real destination in itself, plus, with the addition of a top-to-toe makeover of St Anne’s and 15 new bedrooms, we are thrilled to now offer local residents and guests visiting the region a reinvigorated community hotel which celebrates its rich heritage within the Worcestershire landscape.” 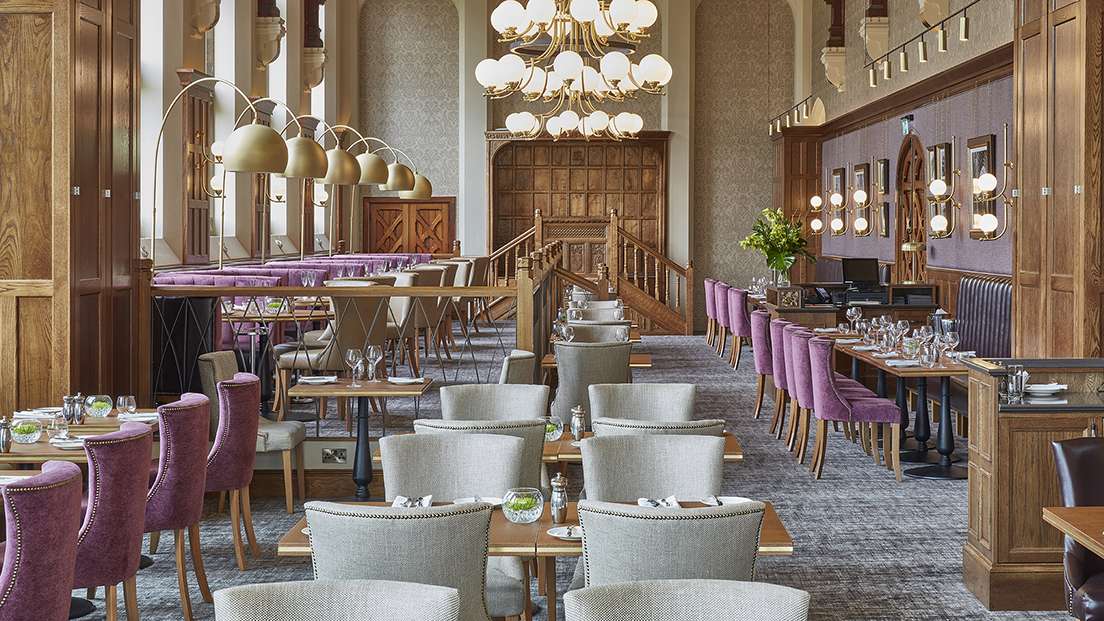 Other features and facilities at Stanbrook Abbey Hotel include George’s Bar, The East Room for private functions, a cellar with party rooms and games rooms and the magnificent Callow Great Hall, the building’s original chapel. The hotel also offers complimentary Wi-Fi and complimentary parking.