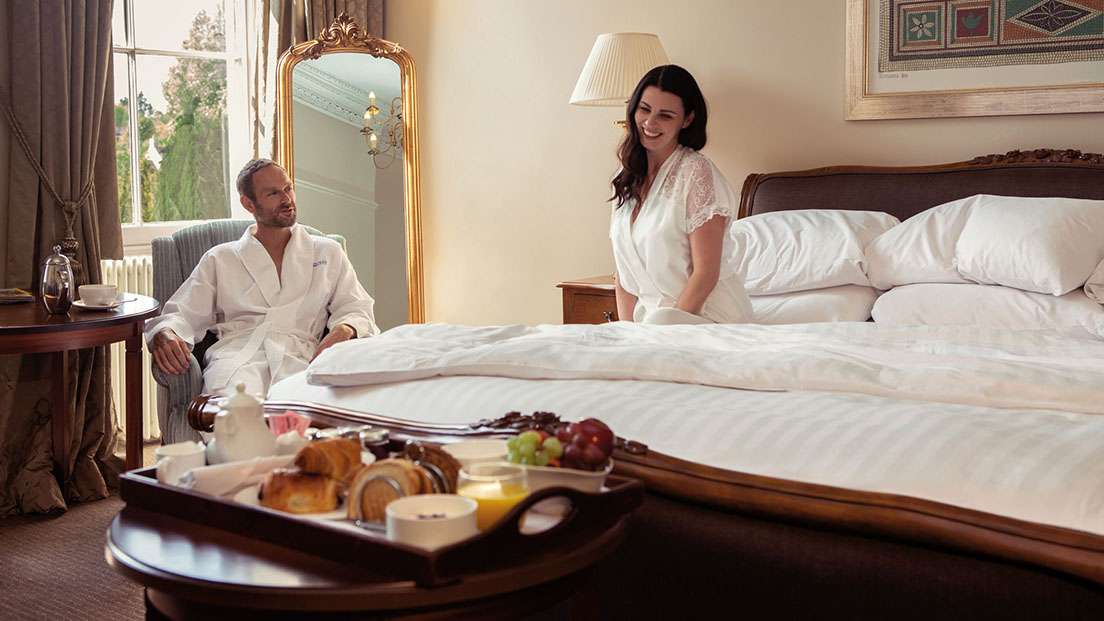 Setting aside quality time together to break the routine and get away from it all to relax, unwind - and even just to get some sleep - is something parents crave, but don’t get enough of, according to new research from independent country house hotel group, Hand Picked Hotels.

In a poll of 5000 Brits, parents between the ages of 18-54 who had children living at home felt more deserving of a short break away with their partner than those without children, with as many as 65% feeling that they had too few short breaks per year (defined as 1-3 nights away).

Factors preventing parents from escaping the stresses of daily life for some much needed time together included the children themselves, with more than a third (35%) admitting to feeling too guilty about leaving them whilst they took a break, just the two of them.

When choosing to take a short break together, the opportunity for parents to ‘de-stress’ was the number one reason to want to spend a few nights away for 66% of those surveyed.   42% admitted to taking a short break to enjoy ‘time away from children’ and almost half wanted some ‘time away from work,’ arguably both at the office and at home.

The research also showed that those who had children living at home were twice as likely to take a short break in order to catch up on some ‘sleep’ despite being with their partner, than those who did not, but quality time together is still high on the agenda for parents with almost 60% citing ‘romance’ as a reason to take a break away.

Regionally, parents in Scotland took the least number of short breaks per year at 1.7 versus Yorkshire and Humber which came out on top at 2.6 breaks annually.

Matthias Mahr, Revenue & Marketing Director at Hand Picked Hotels, which conducted the survey, commented:  “Our research shows that parents in Britain feel too busy, too stressed and worryingly, too guilty about leaving their children to take some valuable time out to relax and reconnect with each other, something perhaps as a nation we don’t do enough.

“We put relaxation, romance and getting a great nights’ sleep at the top of our agenda with handmade beds and blackout curtains in our bedrooms, along with cosy restaurants for intimate dining and extensive grounds in which to stroll hand-in-hand and release the pressures of daily life.  Our research has revealed that romance certainly isn’t dead and we believe parents taking more short breaks each year to enjoy quality time together should make parents feel very much alive!”

For great value short breaks at Hand Picked Hotels, book by the end of September 2018 to enjoy rates from only £149 per room per night for two, including accommodation, a three-course meal, a hearty breakfast and a late checkout till noon.  https://www.handpickedhotels.co.uk/sleepwellforless

Hand Picked Hotels is the leading independent collection of architecturally stunning hotels in the UK and the Channel Islands that offer guests an indulgent yet attainable country house experience, with a contemporary twist.  Renowned for its stylish guest rooms, elegant function rooms for conferences and events, fine food and wine and a friendly welcome, Hand Picked Hotels has 20 hotels in total - 17 classically British hotels in beautiful settings across England and Scotland as well as two in Jersey and one in Guernsey.

The group has won an impressive number of awards, with 15 hotels awarded two AA rosette status and Grand Jersey holding three rosettes. Eleven hotels have achieved AA red star status which means they stand out as the very best in the British Isles. There are also ten hotels with spa and health clubs offering the latest therapies and treatments to promote wellbeing and relaxation.