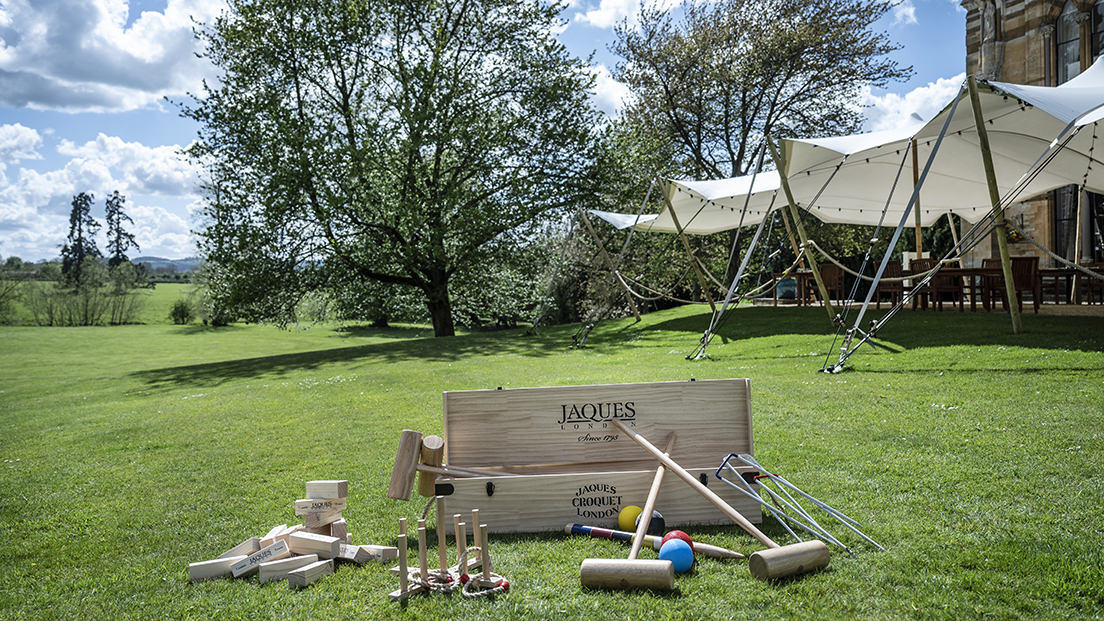 Ah, the British summer…lazy lunches, games on the lawn – children laughing, the clink of glasses as the shadows lengthen. This summer especially needs to tick a lot of boxes for those of us holidaying at home. And who better to make this happen than two family owned and run British companies - Hand Picked Hotels and Jaques of London. 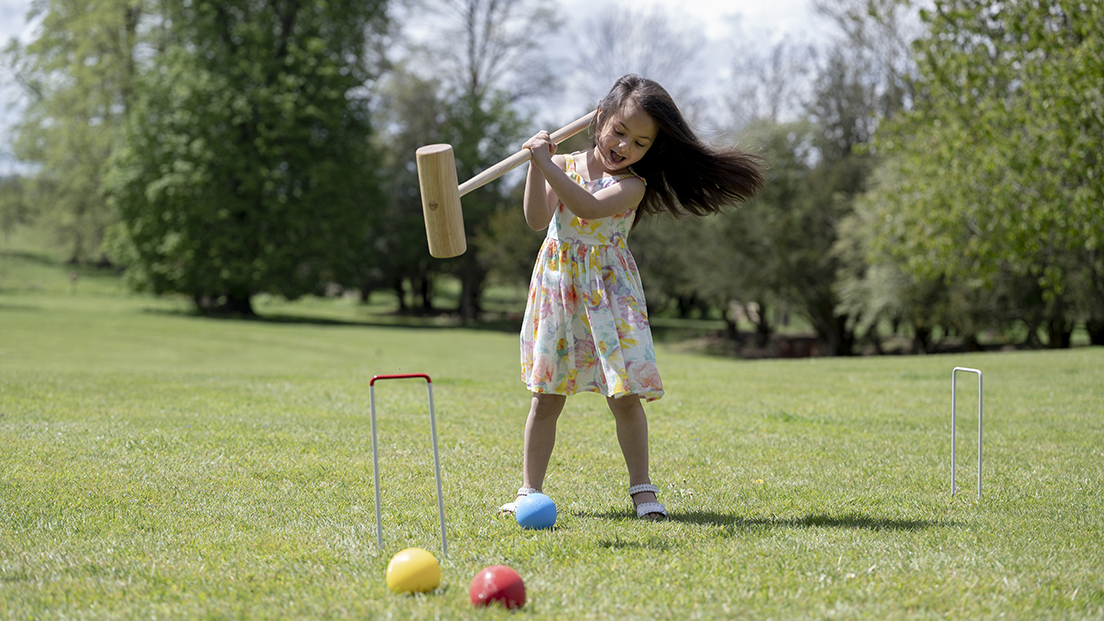 Hand Picked Hotels is a collection of luxury hotels with properties in the most beautiful parts of the UK, from Worcestershire to Cheshire, all in historic and characterful buildings, rich in stories and full of life. These extraordinary houses all have beautiful large gardens and grounds – with plenty of space to let off steam and bring people together. 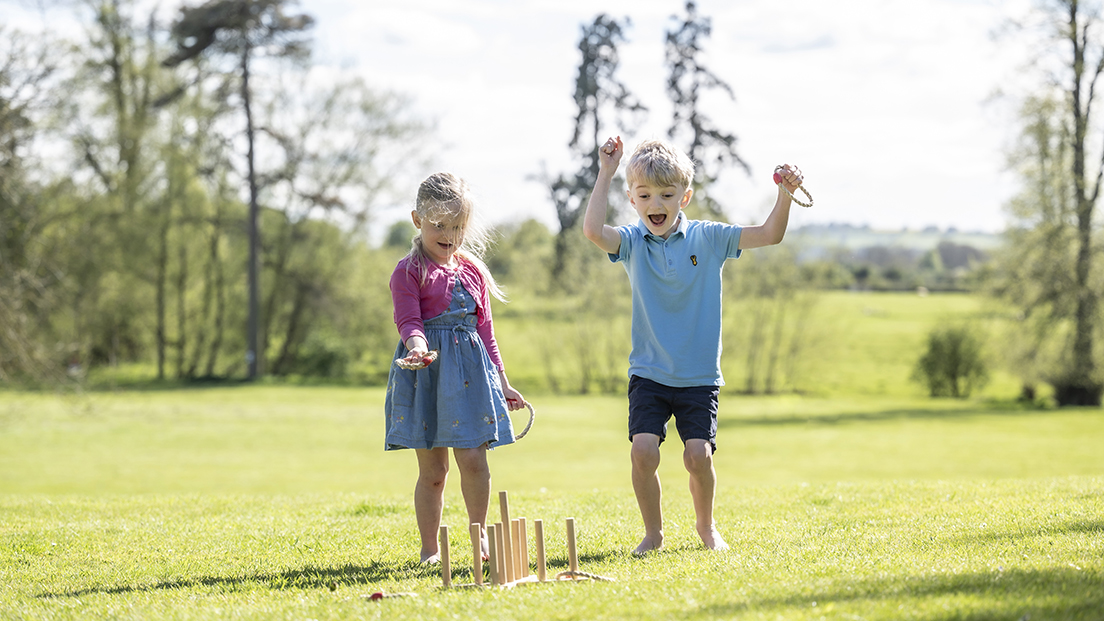 Jaques of London is the oldest games company in the world, with a history stretching back over 200 years. They are responsible for inventing much-loved favourites such as Croquet, The Staunton Chess Set, Ping Pong, Snakes and Ladders, Ludo and many more. Like Hand Picked, Jaques brings people together, with a wonderful selection of  hand-crafted traditional games for all ages from 8 to 80. How appropriate that a member of the Jaques family invented the Happy Families card game! 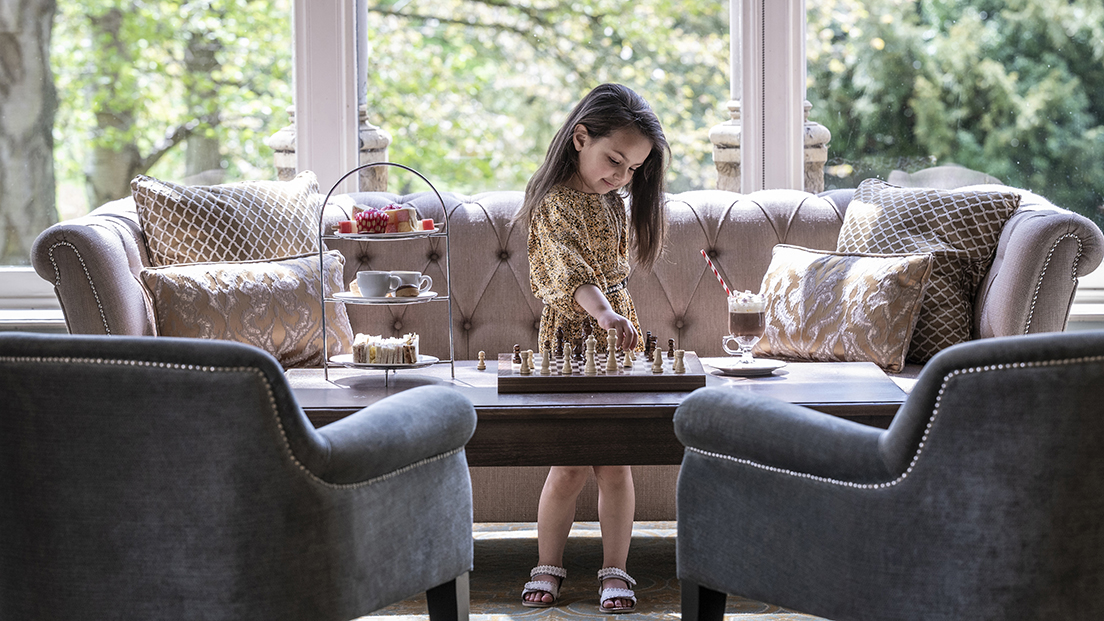 Come rain or shine, and beyond the summer, there is still fun to be had with a selection of Jaques’ indoor games available including chess and snakes and ladders.

Jaques games and family days will be in full swing at the following Hand Picked Hotels throughout the summer months and beyond, with indoor games available year-round:

• Ettington Park, Warwickshire – a grand neo-gothic mansion with 48 bedrooms set within 40 acres of Shakespeare Country, just six miles from Shakespeare’s birthplace, Stratford-upon- Avon. Nearby guests can enjoy superb performances by the Royal Shakespeare Company and discover Anne Hathaway’s house, Warwick Castle and Kenilworth Castle, which are less than half an hour away.

• Rookery Hall, Cheshire – first built in 1816, with the addition of a French Chateau tower in 1867, this 70-bedroom historic country house has a modern health club and spa, as well as 38 acres of land to be explored. Rookery Hall is less than an hour from Chester - the home of the largest Roman Amphitheatre in Britain, as well as 4,000-year-old Beeston Castle.

• Rhinefield House, Hampshire – with a blend of Tudor and gothic architecture the 50- bedroom property has an outdoor pool and a unique Alhambra dining room, inspired by the Moorish Palace in southern Spain. Only an hour and half via train from London, located deep in the New Forest National Park, guests can explore charming nearby towns or even take a day trip to the sea. 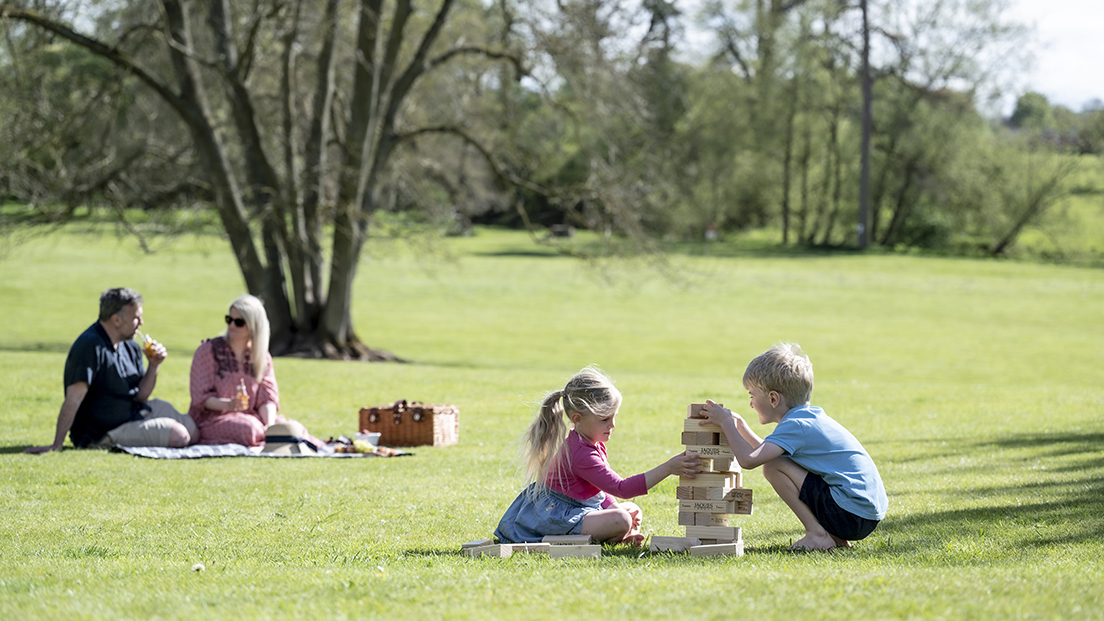 “As a family-run business, I’m thrilled that our hotels are places where families can come together, in a completely relaxed environment, with plenty of tranquil spaces and long views and the sounds of nature. Our friendly welcoming service leaves them free to really enjoy their time together. Jaques’ traditional games will be the icing on the cake – hours of fun! We’re delighted to be working with another British family company, with as much history as the buildings that house our hotels.”

Joe Jaques, together with his cousin Emmett, runs Jaques of London – they are the sixth generation of the family  to  run  the company  since it was  formed in  1795  by  their  ancestor.   Joe says: “This summer will be one big family reunion.  Our traditional games have stood the test of time because, quite simply, people of all ages love playing them.  The Hand Picked Hotels where our games will be featured are the perfect settings for plenty of good old fashioned family fun in the sun – and no WiFi needed. And don’t worry, there will be some indoor games for rainy days too!”