This month we look at the role of the bridesmaid and how it has changed over the years.

The history of the bridesmaid and their associated roles and duties varies across different cultures, religions and time periods. The tradition is thought to have originated in Bible times during the ceremonies of Jacob, Leah and Rachel. Each of these sisters brought their own attendants or servants to the wedding, and from that point forward they were to serve as their personal handmaidens. In early Roman times, bridesmaids marched alongside the bride to the groom’s village in case they needed to intervene if any vengeful suitors tried to hurt the bride or steal her dowry. However, the Western bridesmaid tradition seems to have stemmed from later Roman law, which required that there be at least ten witnesses present at a wedding, which is considered a precursor to the bridal party tradition.

The bridesmaids and ushers would dress in identical clothing to the bride and groom to confuse evil spirits who might try to harm the newlyweds. Much later in history bridesmaids would walk down the aisle with bunches of garlic, herbs, and grains to drive them away. During Anglo-Saxon times, the bride would throw shoes at the bridesmaids rather than a bouquet to see who would marry next, while some bridesmaids made the bride drink and eat a concoction of plum buns in spiced ale to restore the energies.

Come the Victorian era, it was tradition for all-white weddings, and bridesmaids who were supposed to be younger than the bride wore white dresses with short veils, so as to contrast with the bride’s more ornate veil and train. By the 20th century, this had fallen out of favour, and the bride alone wore white to better stand out. Then bridesmaids were also tasked with making party favours out of items like ribbons and flowers and pinning them onto the sleeves and shoulders of guests as they left the ceremony. 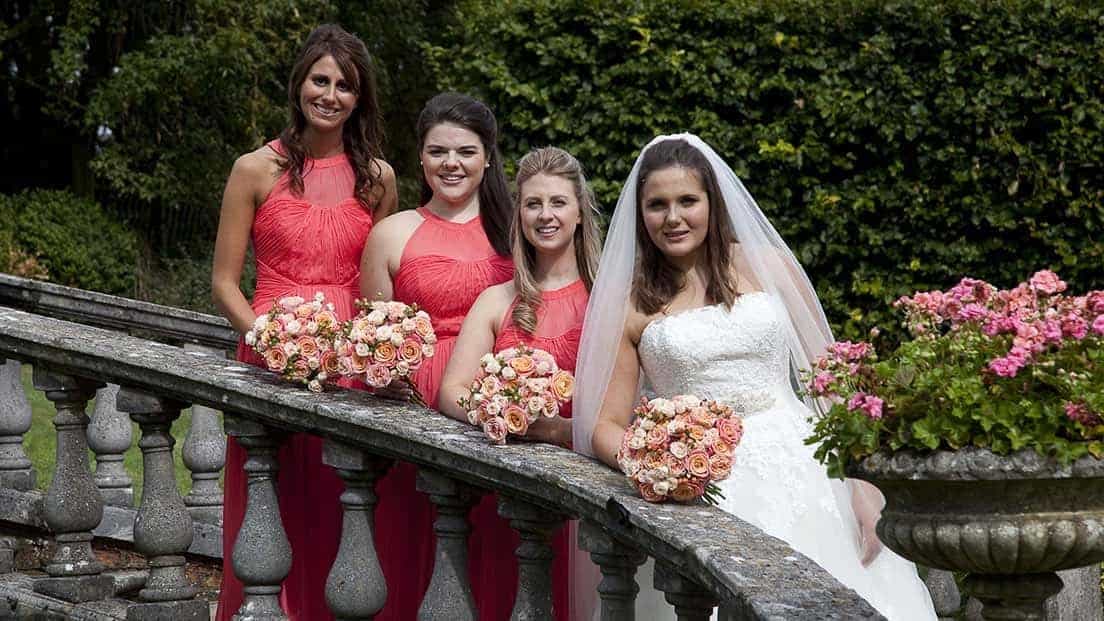 Fast forward to today, and the main role of a bridesmaid is to assist the maid of honour with the bride’s wedding-planning duties, attend all dress fittings and the wedding rehearsal, and generally ease stress levels. On the day, it often makes sense for the bridesmaids to get dressed at the bridal home where they can help the bride to get ready and calm her nerves. They sometimes travel to the ceremony venue with the bride’s mother, and then follow the bride into the venue, (although in America they go first) and sit near the front ready for the recessional.

During the reception they can stand in the receiving line and greet the guests, if required, and distribute slices of the wedding cake to the guests. The giving of presents to the bridesmaids is a time old custom, handed down from the days when the groom had to catch his bride and, rather than actually chasing her, he used to bribe her friends to lure her to a place where he could approach her. 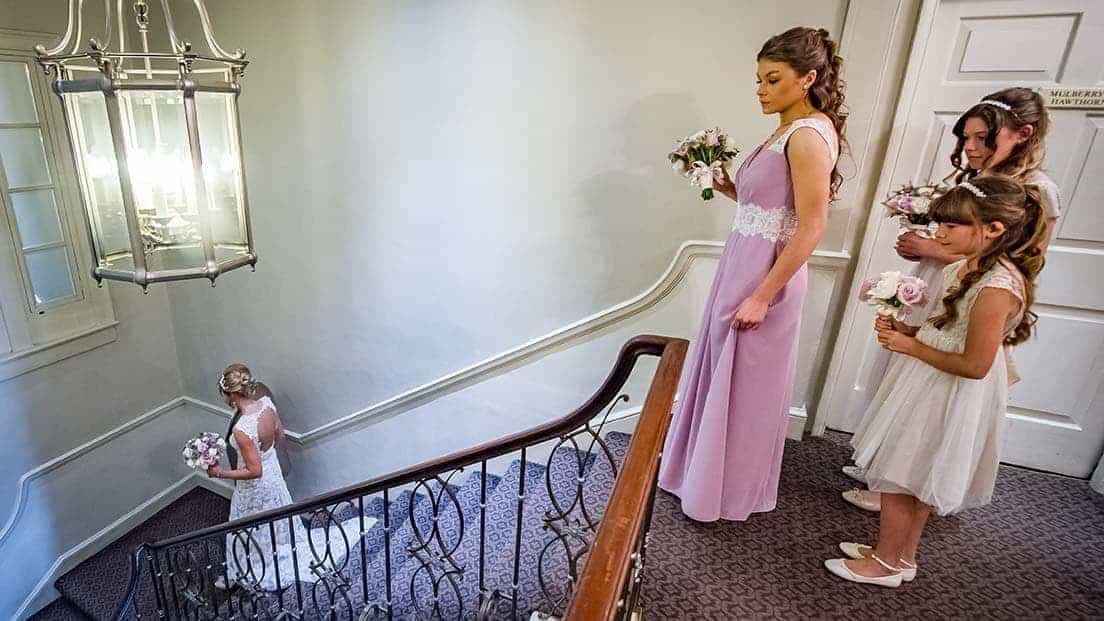 When it comes to clothing your bridesmaids, they typically wear the same, but nowadays some brides are breaking with convention and allowing them to pick a colour while they choose a style. If the bridesmaids range in age and sizes then they are not all likely to suit the same dress. Likewise, hair, makeup and accessories should suit their individual appearance while also complementing the bride. Not only does this take the pressure off the bride, but the bridesmaids will feel more comfortable, too.