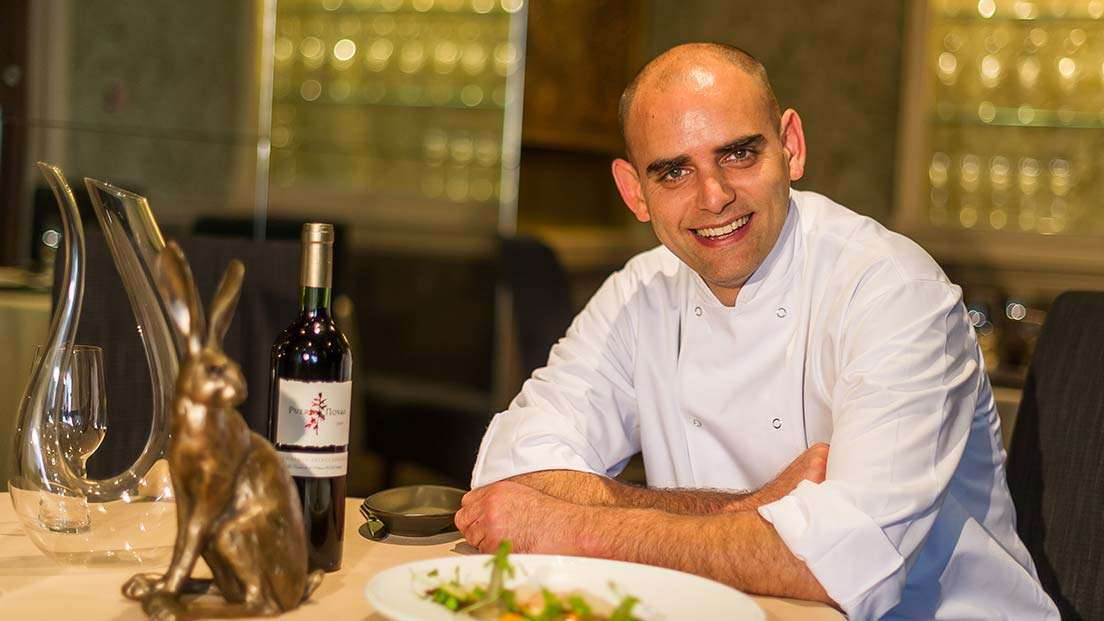 We talk to Nicolas Valmagna, Head Chef of Grand Jersey Hotel & Spa about his journey to become head chef and what is favourite dish on the menu is.

Born in the outskirts of Paris Nicolas’s love of all things culinary was inspired his Spanish grandmother, who ran a restaurant in Paris.

At the age of 14, he moved from his home near Marseille to attend culinary school in Nice where he studied catering management and culinary art. Whilst undertaking his studies he spent a season at “Bruno” Michelin Star Restaurant” in Lorgues renowned for its truffle menu. Thereafter he moved to Florida to work for Chefs de France at the Restaurant Gastronomique de Monsieur Paul Bocuse in Orlando, Switzerland and New Zealand.  Finally settling in Jersey in 2007 where he joined L’Horizon Beach Hotel & Spa as Sous Chef and was then promoted to the Executive Head Chef role in 2011.

After opening his own business in France he realised he and his family missed Jersey and they made the decision to return to the island where he was offered the role of Executive Chef at Grand Jersey Hotel and Spa with a view to regaining Tassili’s Michelin star.

Nicolas’s food is traditionally British and French cuisine with a modern twist, using local produce of the Channel Islands. He is inspired by many famous chefs including Jean-François Piège the two starred Michelin chef from Paris and Michel Bras the three Michelin starred chef from Aveyron and  Raymond Blanc of Le Manoir aux Quat’Saisons who Nicolas has also worked with.

Nicolas says “Jersey crab is the best crab I have ever tasted and this dish combines our amazing local produce and flavours from my travels around the world.”