Ever wondered about the reasons behind some of our favourite Christmas traditions, we unpick the real explanations

Christmas has been celebrated in England for over a thousand years, and there are many wonderful traditions and delicious food that help to make it such a magical experience. 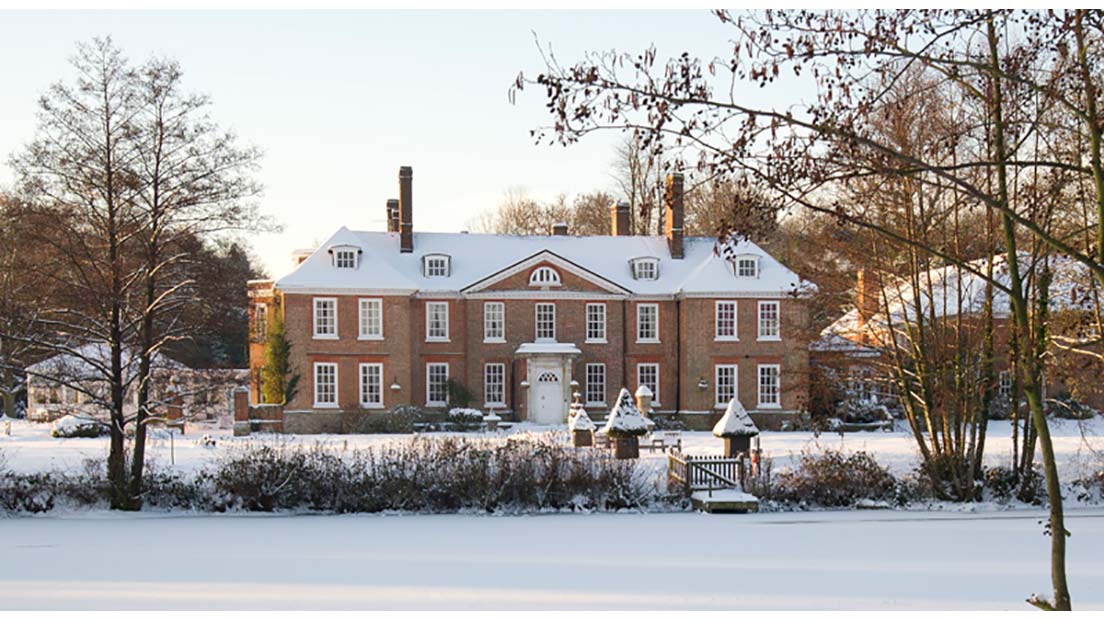 Of course, there is nothing that personifies this festive time of the year more than Father Christmas, which can be traced back to St. Nicholas, a bishop from the fourth century who was known as a very kind man and had a reputation for helping the poor and giving secret gifts to people who needed it. After the reformation the stories faded away, but the legend was kept alive in Holland and when Dutch colonists settled in America a century later, they bought the tradition with them and their spelling of his name ‘Sinterklass’ later changed to the Anglian name of ‘Santa Claus’.

He dressed in a long brown robe with furs and a holly crown and it was not until the infamous Coca Cola advertising campaign from the 1930s that he became the big, jolly character we know and love today clothed in a red and white garb. The most famous story about St. Nicholas is when he dropped gold coins into the stockings of three poor sisters (whose father did not have enough money for a dowry) after they were hung by the fireplace to dry. This is why we teach our children to hang up a stocking so that Father Christmas can fill it with presents. 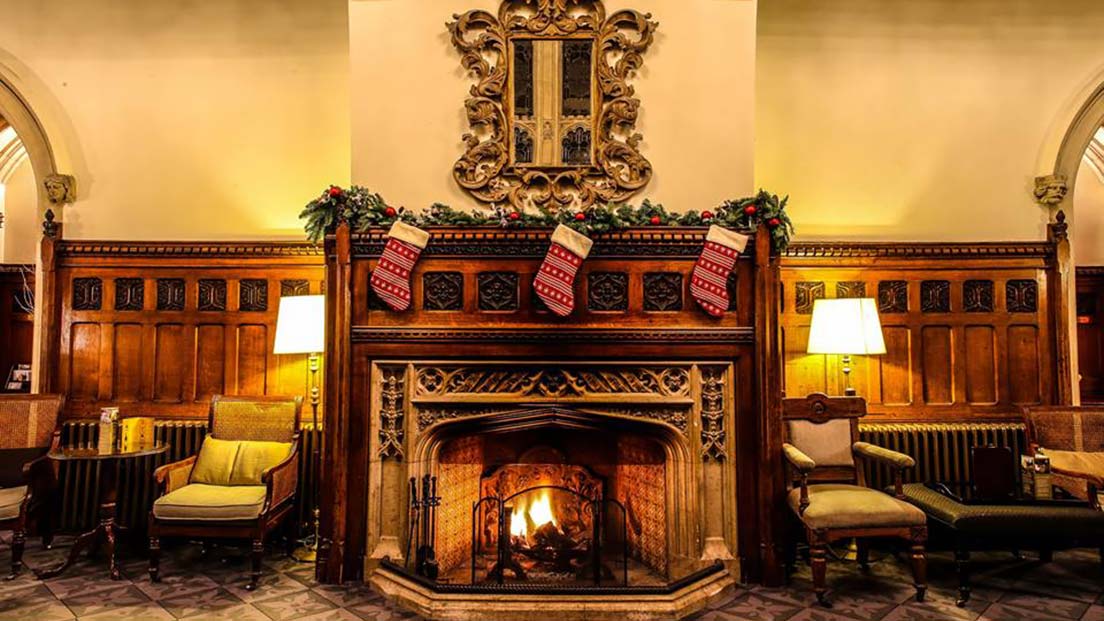 As for why we hang decorations on firs, the first person to bring a Christmas tree into the house may have been 16th century German church reformer Martin Luther. The tale goes that one night before Christmas, inspired by the stars twinkling through the tree branches, he decided to cut down a small fir and decorate it with candles. He told his children that it reminded him of Jesus, who left the stars of heaven to come down to earth on December 25. 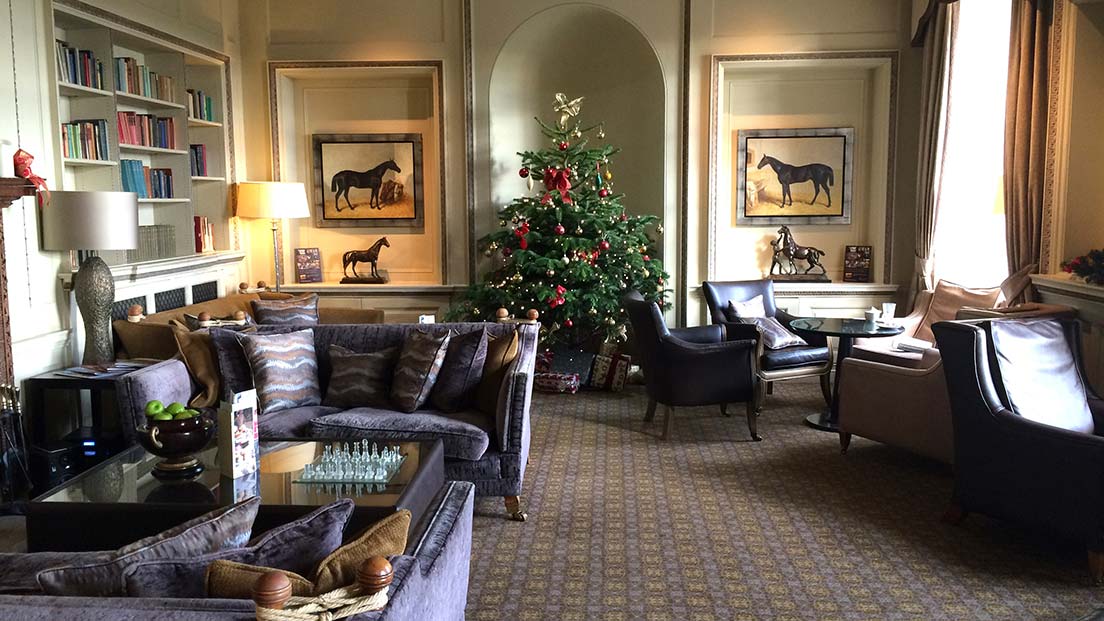 Did you also know that mince pies were originally filled with meat, as well as dried fruit mix and spices and were made in an oblong or square shape to represent Jesus’ cradle, with the top representing his swaddling clothes. A custom from the middle ages says that if you eat a mince pie on each of the 12 days of Christmas you will have good luck for the next 12 months.

Mistletoe was also said to bring good luck to a household, as well as ward off evil spirits. The tradition dates back to the ancient druids, when it was believed to also have magical healing powers, while in Norse mythology it was used as a sign of friendship and love, and that is where the custom of kissing under the mistletoe comes from. 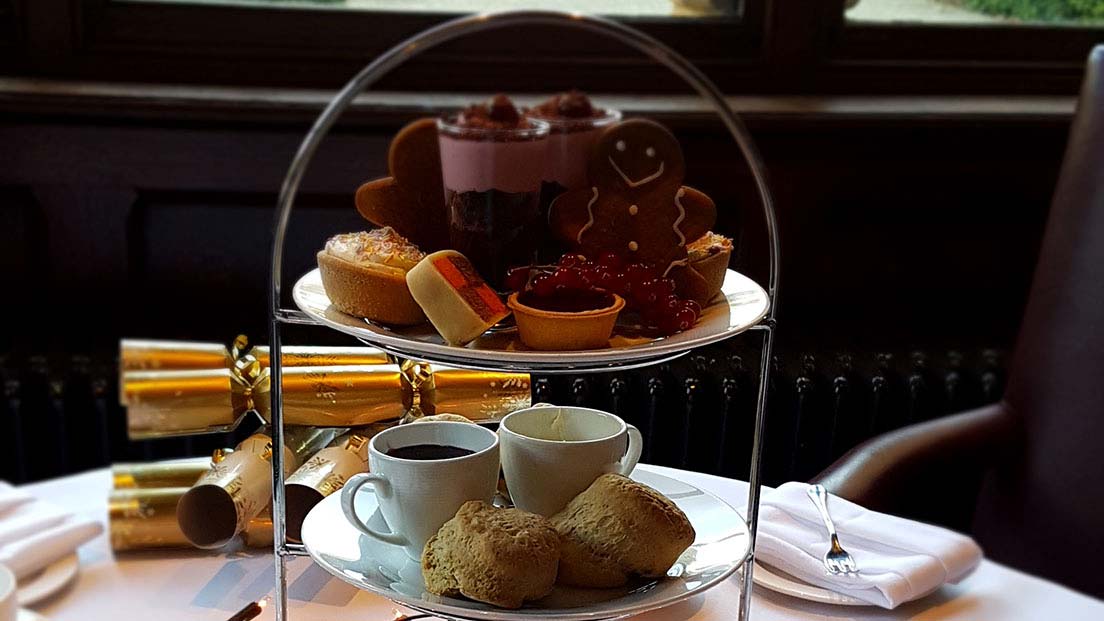 If you have not made any plans for Christmas yet there is no better place to celebrate it than at Wood Hall Hotel & Spa in Wetherby, West Yorkshire, where many years of tradition combine with the finest regional and seasonal ingredients and wonderful surroundings to create a truly special atmosphere.

Whether you want to book your own private lunch or dinner party with family, friends or colleagues, a festive themed afternoon tea or simply a glass of champagne, then similarly Chilston Park in Lenham, Kent, can accommodate any celebrations. Wherever you choose to visit us and whatever you choose to do, we look forward to welcoming you this Christmas.