Historical roles and responsibilities of the wedding party

This month we look at the history and traditional duties of wedding party members.

The reason behind bridesmaids, the maid of honour, groomsmen and the best man is simply that brides and grooms need the support of their close friends and relatives around them to prepare for their wedding day. These roles however stem from unusual beginnings - the bridesmaids and groomsmen for example originally served as protection against vengeful spirit presences and had to dress just like the bride and groom to confuse jealous suitors who might try to harm the newlyweds. 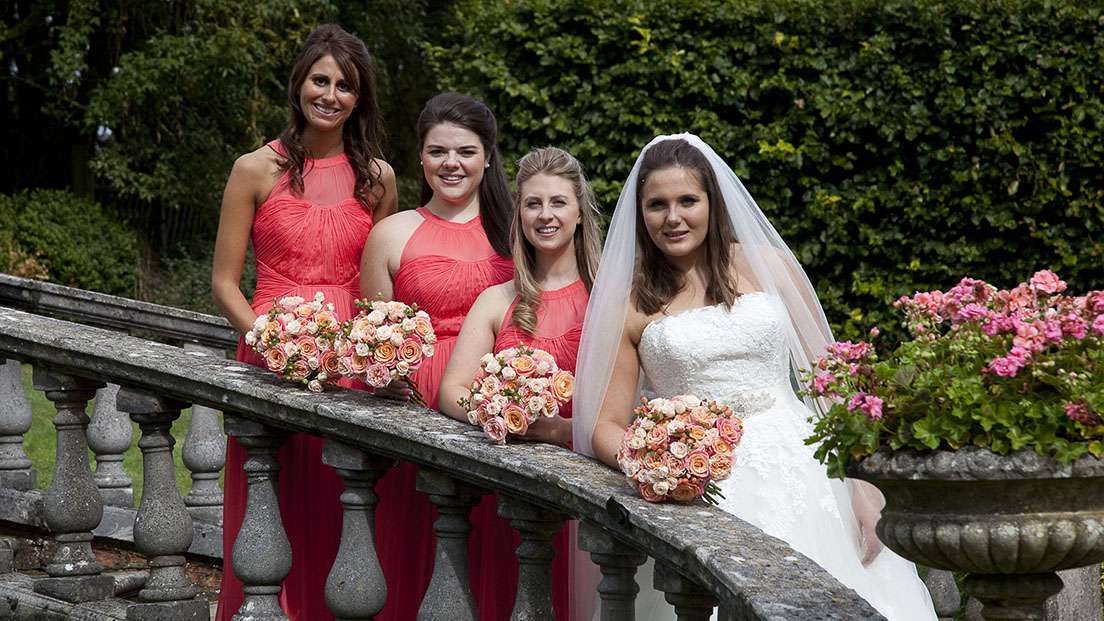 After the Victorian era and as commercial dyes became more available, bridesmaid dresses started changing colours and short veils fell out of favour. Traditionally bridesmaids helped the bride decorate for the wedding feast. As weddings became more of a planned event, the maid of honour role was created to ensure that the bridal wreath was made and to help the bride get dresses. Did you know that if your maid of honour is married then technically she should be named your matron of honour? 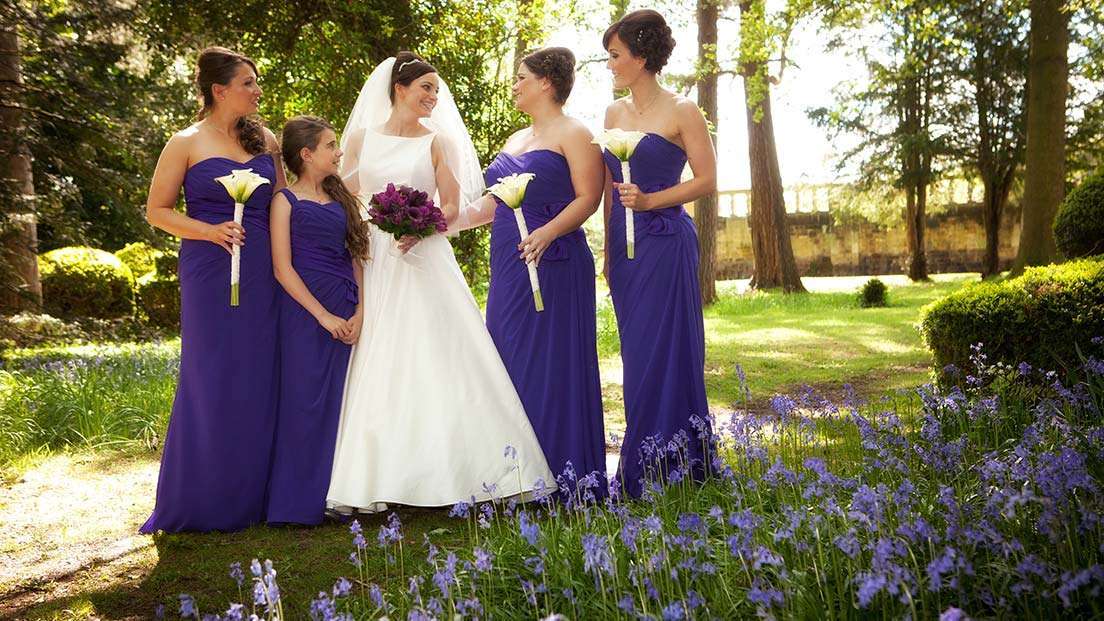 Today, the maid or matron of honour offers emotional and logistical support to the bride and handles numerous wedding day details from holding her bouquet during the vows to toasting the bride and groom and if there is no ring bearer wears the groom's ring on her finger. The bridesmaids act as a support team for the maid of honour, and form the bride's entourage helping with any pre-wedding tasks. 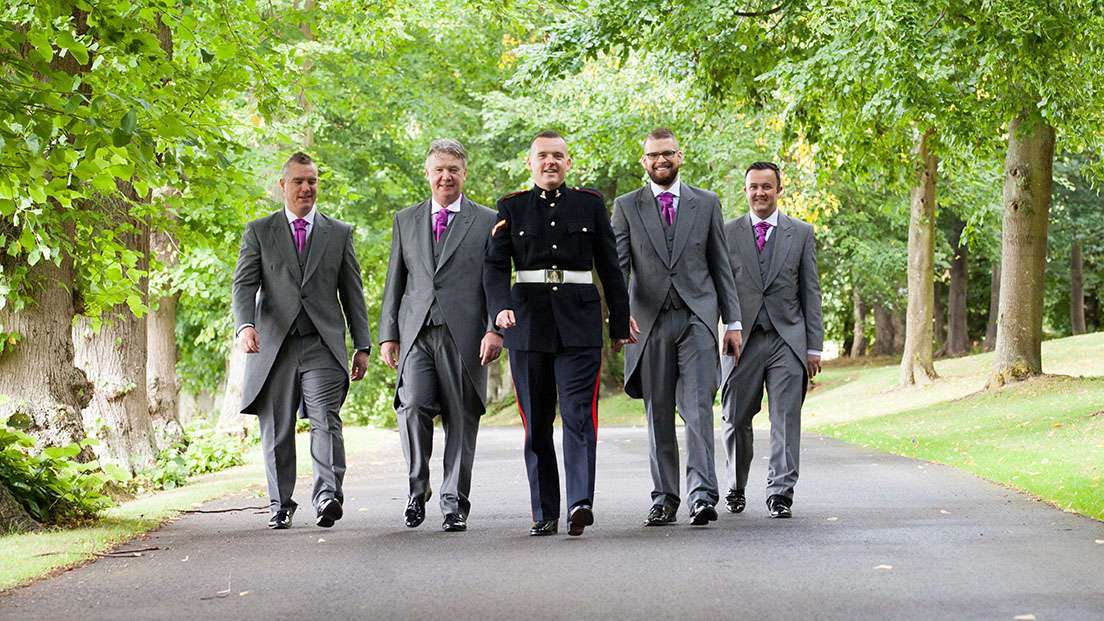 During the 'marriage by capture' era - an ancient and controversial form of marriage in which a groom steals a bride, it is said that the groomsmen and the best men were brought in to act like a small army, fighting off the brides angry relatives as the happy couple rode away together. According to German folklore, when women came into short supply locally and eligible bachelors had to capture a bride from a neighbouring community, a male companion would help accompany him. Our custom of the best man is a throwback to this two-man, strong armed tactic from the 16th century. When there remained a real threat that the bride's family would attempt to obtain her return forcibly, he was also asked to remain by the groom's side throughout the wedding ceremony and outside the marital home, alert and armed. 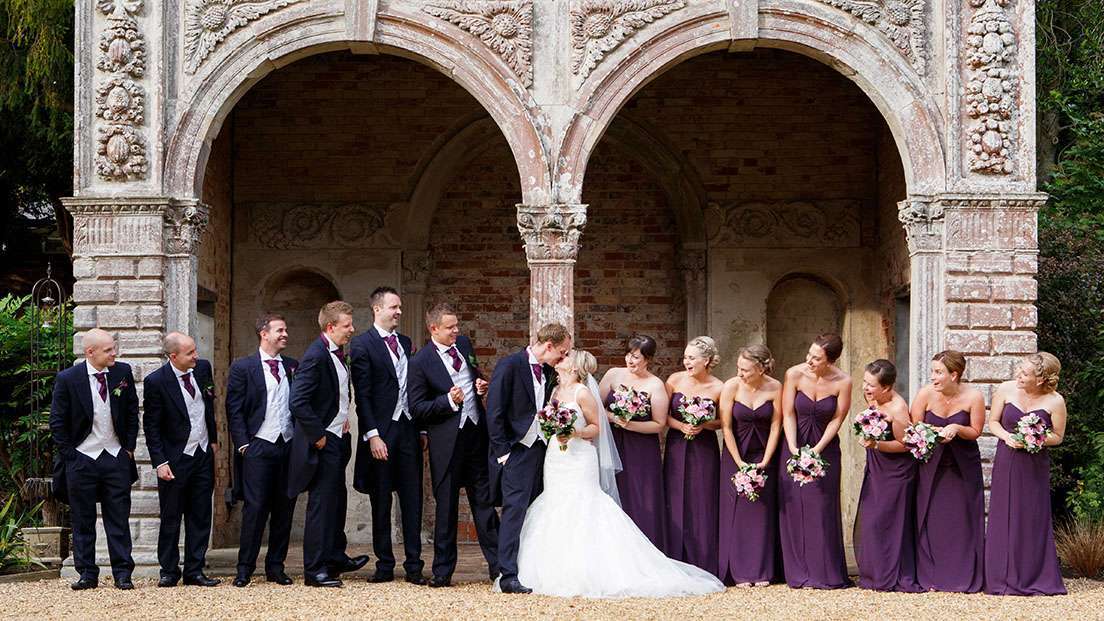 Now the best man acts a groom's personal aide and advisor through all stage of the wedding. His duties include getting the groom to the ceremony on time, giving the wedding officiant his or her fee after the ceremony, signing the marriage license and holding the bride's wedding ring at the altar. The groomsmen assist the groom in planning and preparing for the big day. Their chief responsibility is to help the best man plan and pay for the stag do and to support the groom. They often double up as ushers during the wedding as well.

Planning a wedding is not easy, but with the support of a full wedding party behind you and Hand Picked Hotels' own team of dedicated wedding co-ordinators, everything should be well in hand to ensure your special day goes off without a hitch.