A return to their roots

With so many happy memories formed over the years at Buxted Park for both this local bride and groom, it was almost inevitable that it would play host to their special day. 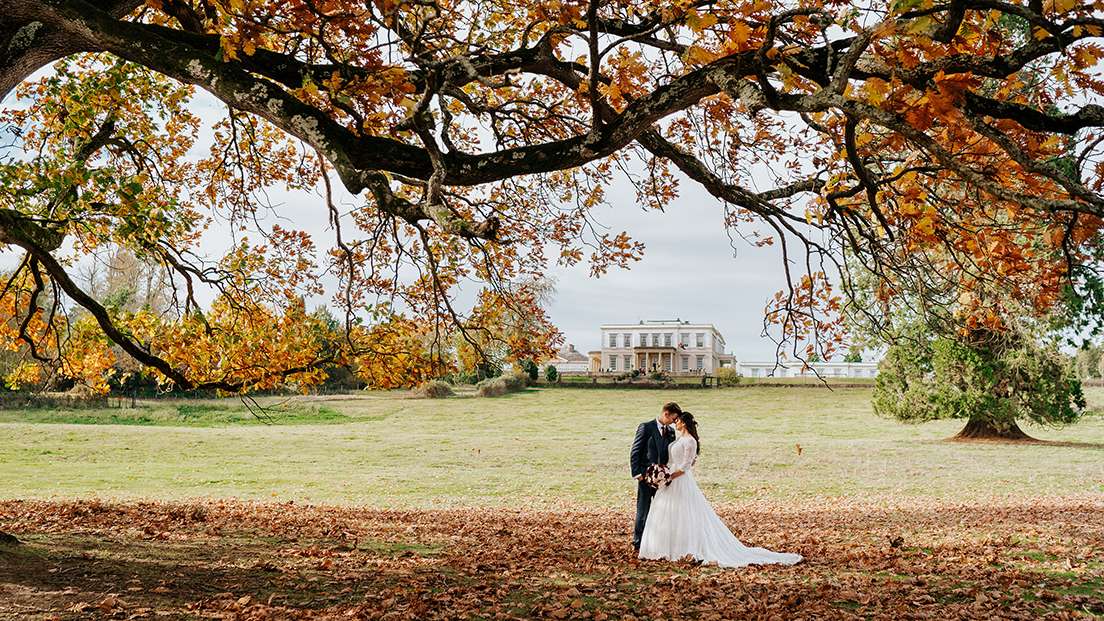 “After Huxley proposed to me on London Bridge during a surprise getaway – which included a trip to Borough Market to buy our favourite macaroons, we started planning an October wedding. Autumn has always been our favourite time of the year – we love the colours and have many wonderful memories as children of walking in the grounds of Buxted Park Hotel throughout this time year” reveals Katrina.

And it wasn’t just the fond childhood recollections that played a part in this elegant Palladian country house being their home for the day. Katrina worked there previously for over three years and knows the manager, Marc Desseaux, very well. She celebrated her 21st at Buxted and many other family birthdays and significant occasions, and he apparently always made their time at the hotel incredibly special. 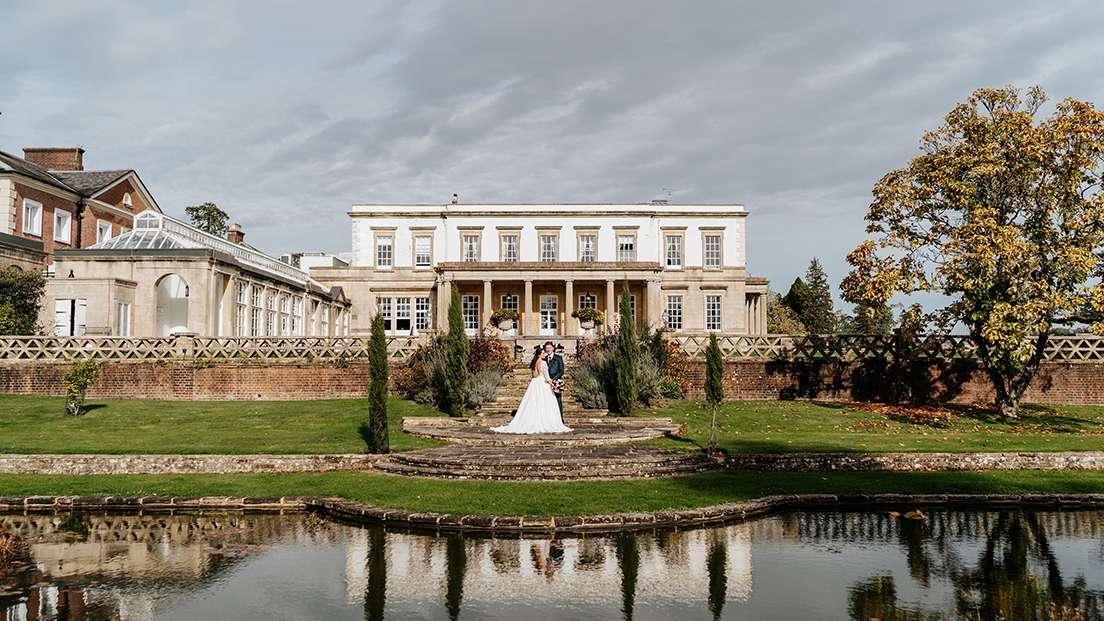 The pair got married at the 13th century church of St Margaret the Queen, situated in the beautiful 312 acres of Buxted Park, which rather handily lies 100 yards from the hotel where the newlyweds and their guests would go on to enjoy the wedding breakfast and reception. 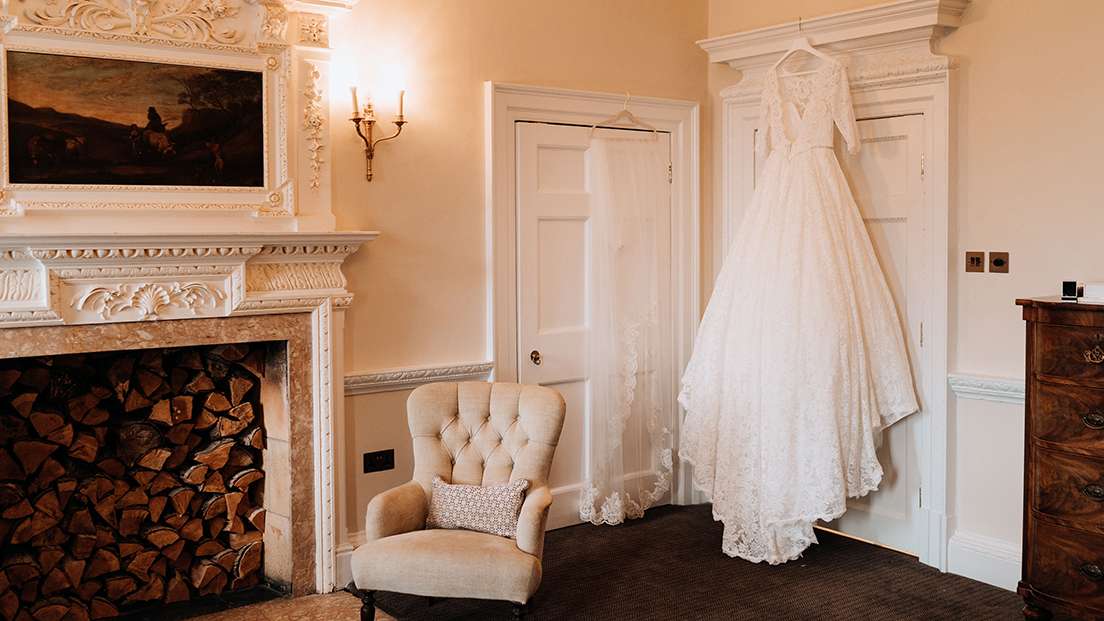 Katrina also had her bridal party stay the night preceding the wedding. “I fully recommend every bride-to-be does this – our photographer was able to capture some morning prep shots, but we also enjoyed a scrumptious dinner and I felt like the day was just extended. I stayed in a suite with my mum and we had a separate living room to get ready in. I felt like I was floating from the moment I arrived to the moment I left the day after the wedding.” 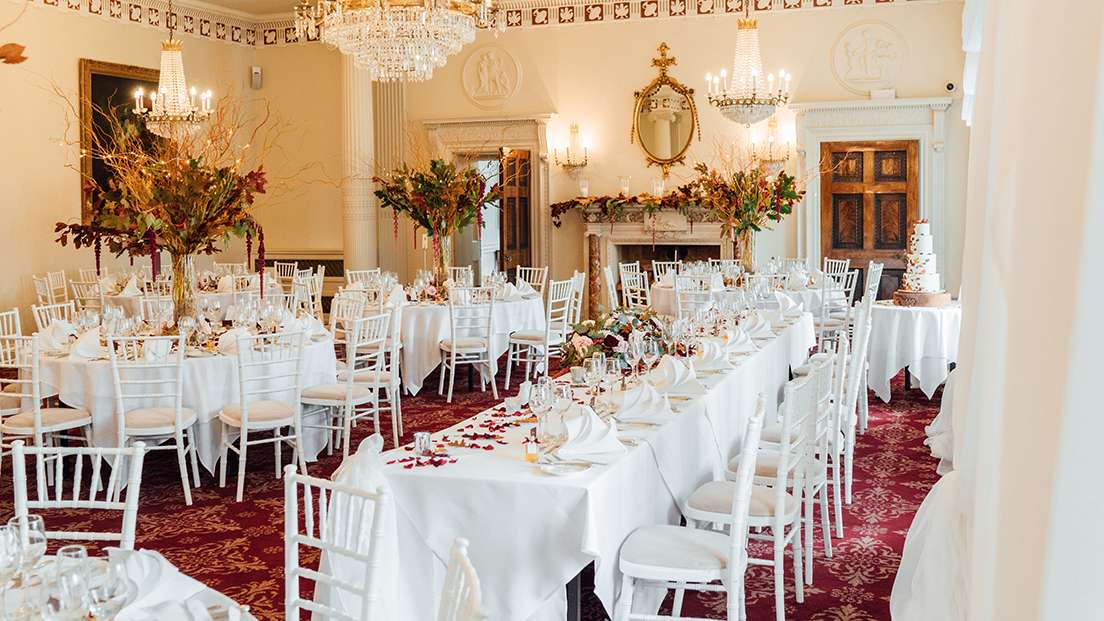 While the theme for the wedding was seasonal, Katrina decided to put a slight spin on it, and Pollen Flowers helped to visualise her dream of a fairytale woodland wedding. 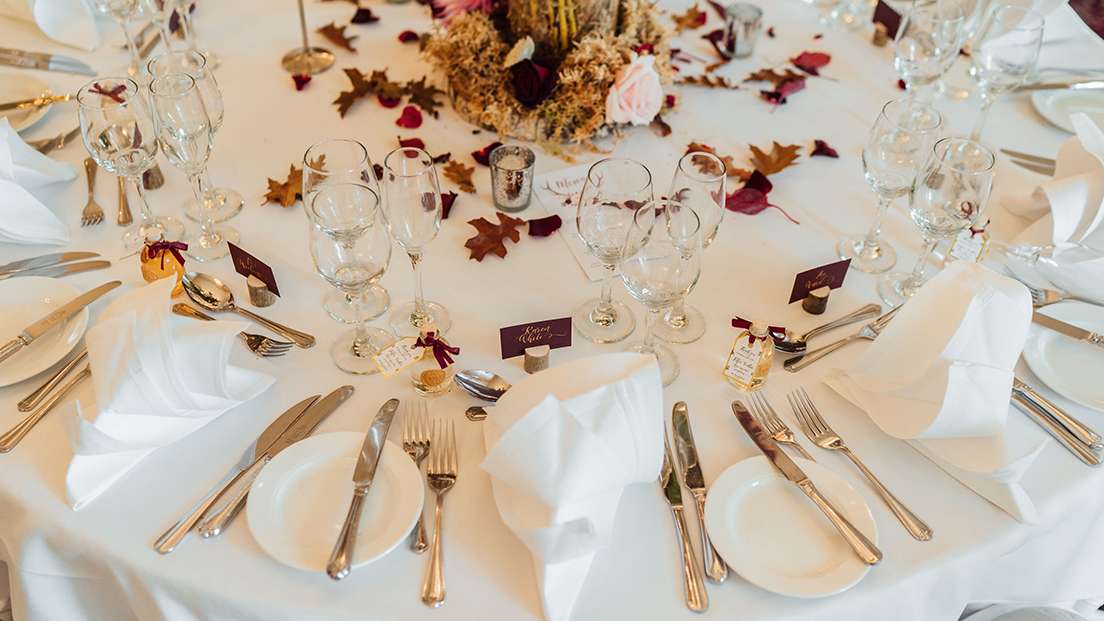 “Both the ballroom and Coat of Arms lounge were dressed by them and we were overwhelmed with their floral arrangements. They literally blew us both away with how they made the things we asked for look so incredible – from the fairy lights to the trailing flowers and even smaller details, like the moss on the tables.”

Other vendors suggested by Buxted that the couple opted for included Aurora Fireworks, who put on a bespoke display to music, and proved to be one of the highlights of the day, together with Suits to Suit. 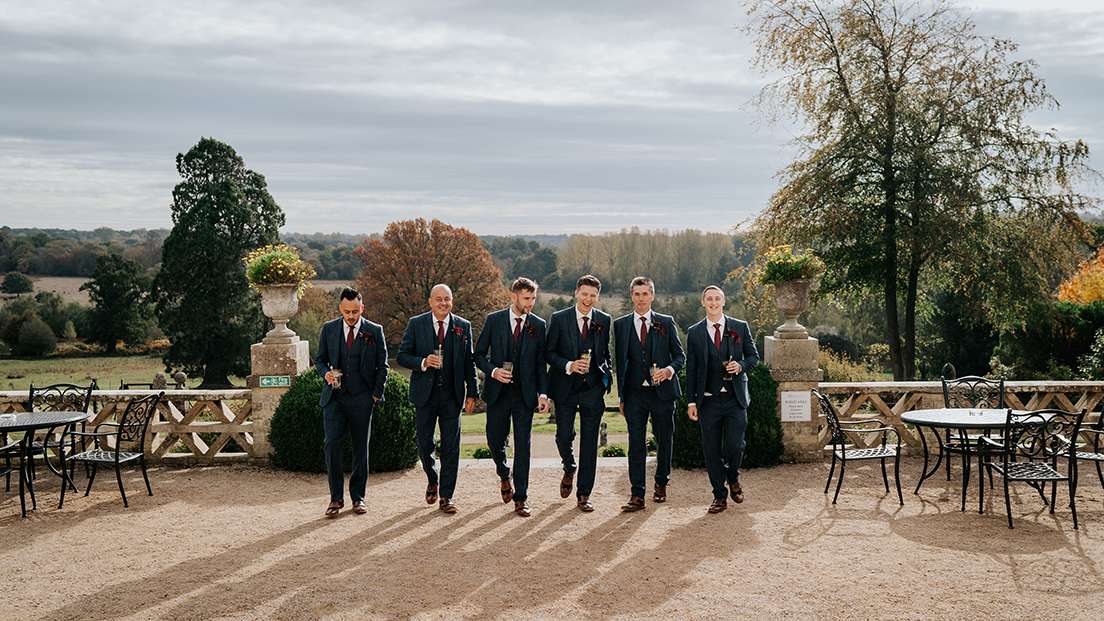 After previously trying four so-called wedding suit hire experts, Suits was the only place 6ft 3in Huxley could find what he wanted. And while it fitted straight off the peg, they still made further alterations in order for it to fit perfectly (going to the same effort for the groomsmen, too), despite the fact he was only hiring it. “Huxley ended up buying his suit as it was so amazing,” adds Katrina. 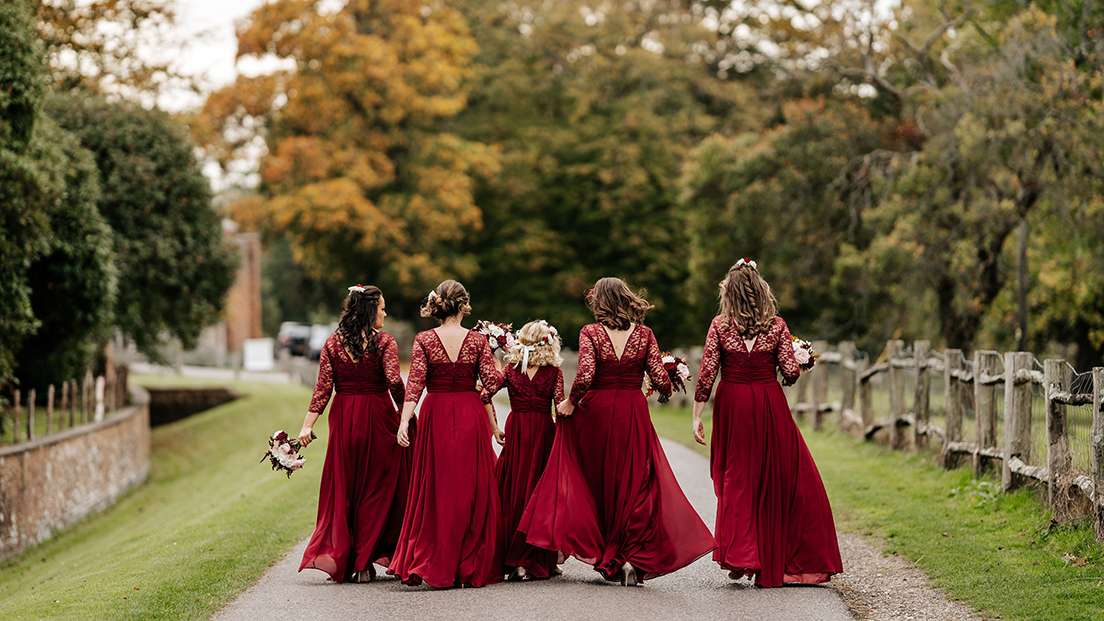 Aside from the fireworks other entertainment came in the form of a fiddle band during the drinks reception – Katrina is a big fan of Irish music and Huxley has Irish descent, while a four-piece band called The Salvation packed out the dance floor over the course of the evening. The kids meanwhile were watching the couples’ favourite Disney movies in the hotel’s own cinema room which, out of interest, was once used to entertain the likes of Marlon Brando and Dudley Moore when the house was owned by Twickenham Studio founder Kenneth Shipman. 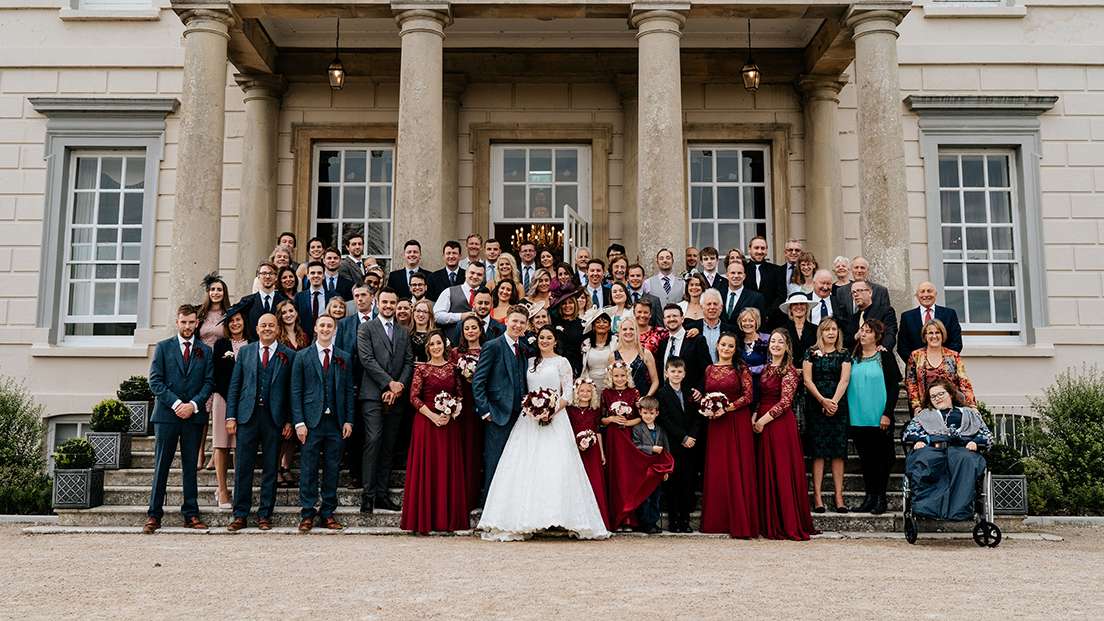 All of Hand Picked Hotels’ venues offer full in-house catering, with the opportunity to do food tasting prior to finalising your menu selection, and for Katrina and Huxley it was invaluable. “It was more needed than we thought it would be. We went in with a clear idea what we would have, and came out with a totally different menu. It shocked us both. But we were so amazingly happy with our food. Most brides told me that I wouldn’t eat much during the day as I wouldn’t have time, but I can definitely tell you I ate every mouthful of my three-courses. 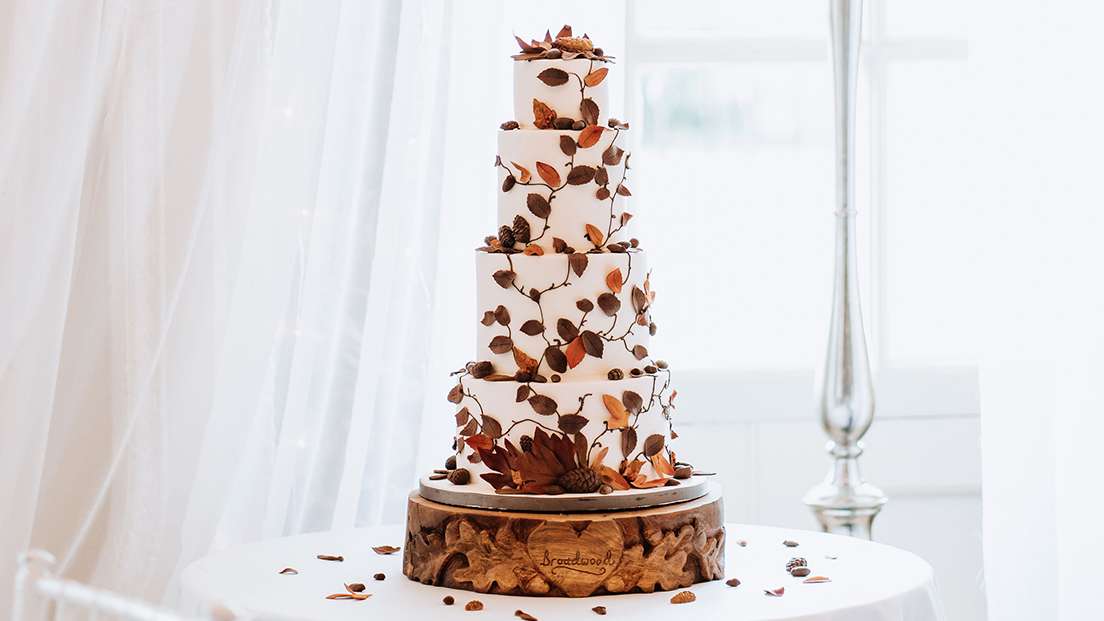 “I was a little worried that the roast beef wouldn’t be pink enough catering for so many people [85 guests attended the wedding breakfast] but everybody’s was spot on. Every course was more delicious than the trial and all of the changes we requested had been done to perfection. Everyone at the meal said it was the best wedding food they had ever had and were very impressed.” 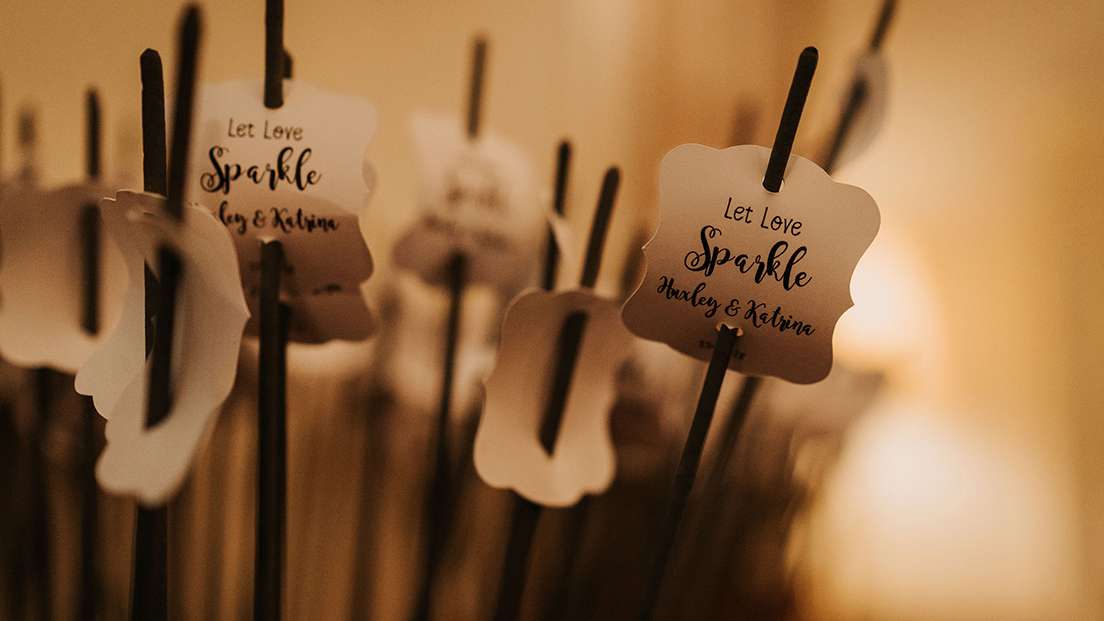 With their heart always set on Buxted Park, did it surpass their expectations? “It was picture-perfect. The whole experience was better than I thought it could be. From the moment I said ‘I do’, to the food, fireworks and music. 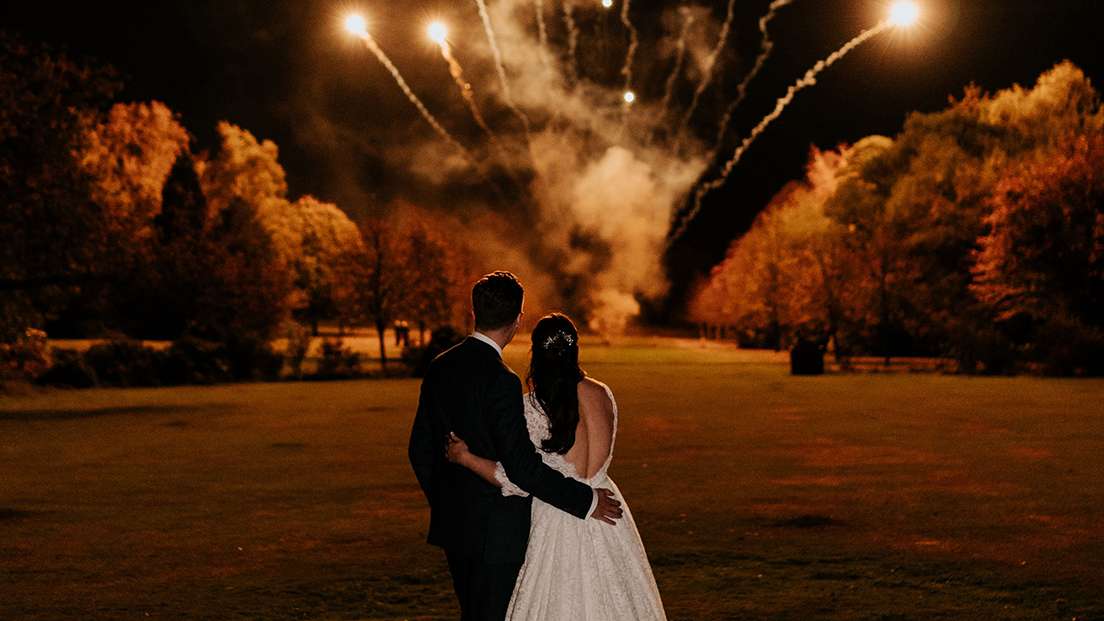 “Furthermore, the staff were all impeccable. I had a slight concern that as we had exclusive use we would have less staff. This was not the case. Everyone at the hotel always had a smile on their face and helped to make it a perfect day, although Marc Desseaux was the star – he was our toast master, and a fabulous one at that making everyone laugh.

“If I were to do it all again I wouldn’t have done anything differently.” 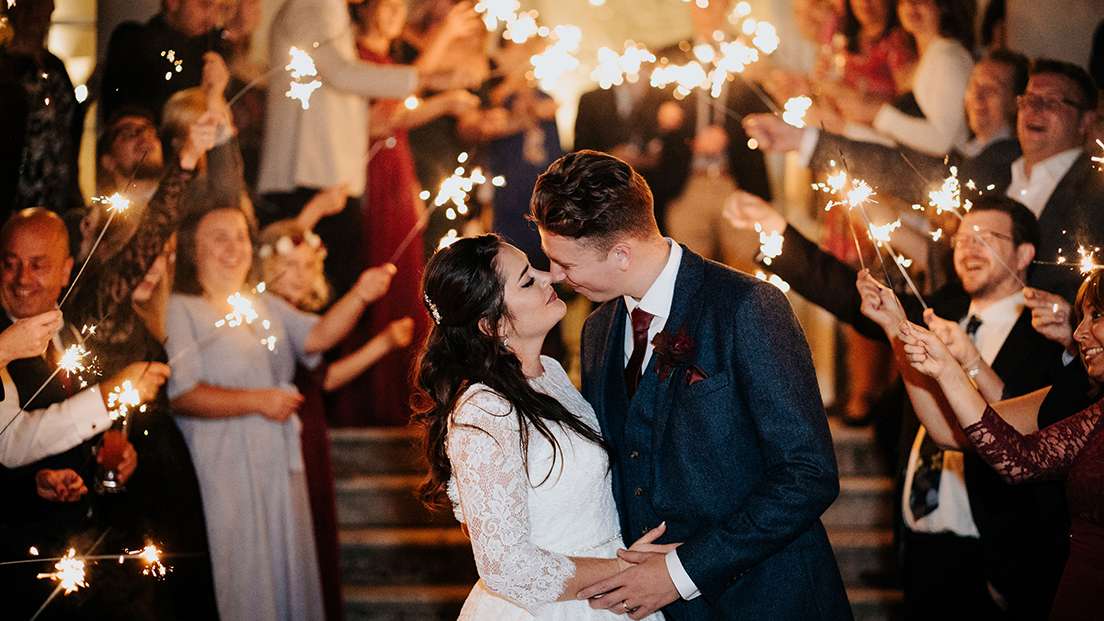