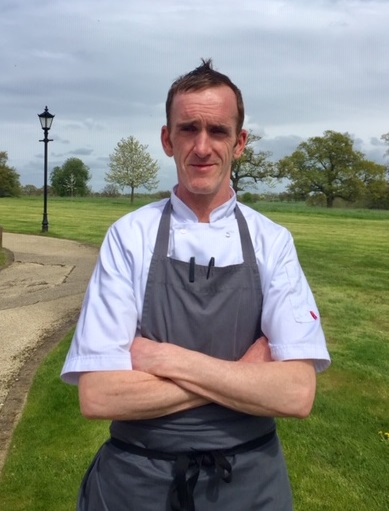 Mark has been working in the industry for 27 years but was a foodie way before that… he remembers, as a youngster in Glasgow, that he was heavily influenced by his father who was always baking or cooking something in the family home.

A family man himself, Mark has a son, Aaron, aged 8 and he enjoys nothing more in his downtime than spending time with his son and his wife. At home he prefers to prepare and cook simpler foods such as salads in the Summer and warming casseroles in the winter with some Scottish store cupboard treats and has also been influenced by his time in Australia where he says the produce in the markets places and shops was incredible, inspiring him to create flavoursome simple dishes using exceptional ingredients.

Mark grew up in Glasgow and knew from a young age that he wanted to cook. He found a way into the food industry through completing  a butchers apprenticeship but only after he had first spent 6 years as a Saturday boy in the local butchers shop from the age of 10 (in the days when we could work as children!).

Mark's other passion is football and he is an avid Glasgow Rangers fan, this has crossed over into work life as he often works with the chefs of Premier League and Championship teams while delivering specialised menus to the players when they stay at Rookery Hall.

The Chefs that Mark worked with at an early stage of his career were great influences and gave him a fantastic grounding alongside classical training.  Mark has gone on to develop a real focus over the years for fine British Cuisine, working with locally sourced seasonal produce and suppliers and he comments that ‘we have an unbelievable bounty of produce and producers in the UK’.

The menus at Rookery Hall reflect this style and Marks approach to working with North West suppliers with dishes such as the White Goosnargh Duckling with duck leg croquette which is sourced from our neighbouring county of Lancashire. Mark and his brigade continue to develop wonderful dishes and recipes all of which are delivered to AA Rosette standard in the beautiful surroundings of Rookery Hall.