Introducing The Hand Picked Hotels Guide to staycations in Cheshire.

Cheshire is a tantalising place.

And that’s not just because of its world-famous cheese. There’s an abundance of pretty villages, historic towns and rolling countryside to enjoy here.

Black-and-white-timbered buildings dotted through the luscious Cheshire Plains or Chester’s ancient walls only make up part of its timeless charm. In this breathtaking county, you’ll uncover the true beauty of Britain around every corner. 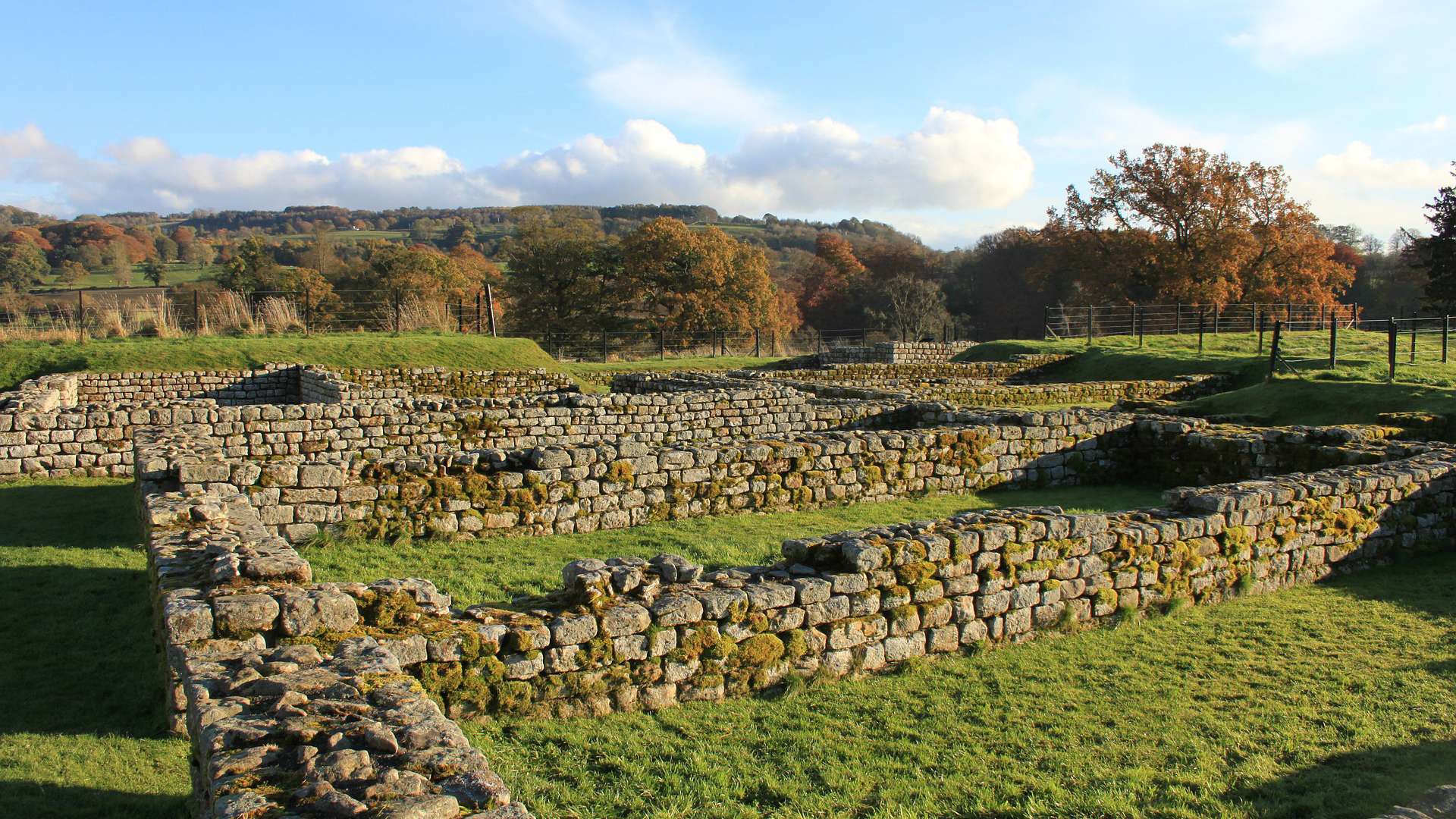 A brief history of Cheshire

To properly delve into Cheshire’s past, we need to look back 251 million years at its geographical DNA. The county’s made up of Triassic sandstones and marls that give its soils and building stones their iconic red colouring.

Fast-forward to about 71 CE and the Romans would build a legionary fortress in Chester; it was a base for their conquest of northern Wales and defence of the northwest.

But nothing lasts forever.

After the Romans departed, Celtic-speaking Britons defended the area for about four centuries before it was conquered by Anglo-Saxons in 830; they incorporated it in the kingdom of Mercia. It was only after Norseman invaded and occupied the Wirral peninsula during the 9th and 10th that Cheshire emerged as a subdivision of Mercia.

Cheshire enjoyed a period of self-government and freedom during the late Middle Ages. The county participated in the rebellion led by Sir Henry Percy (Hotspur) in 1403 and generally sided with the Lancastrians during the Wars of the Roses.

Northwich, Middlewich, and Nantwich prospered through the mining of rock salt during the 17th and 18th centuries. And at this time, many of Cheshire’s towns also became known for textiles; Congleton and Macclesfield specialised in silk production. In the 19th century, Crewe developed as a railway centre and Cheshire cemented itself as one of Britain's major industrial areas.

In fact, Cheshire’s industrial revolution remains crucial to the country's financial ecosystem to this day. 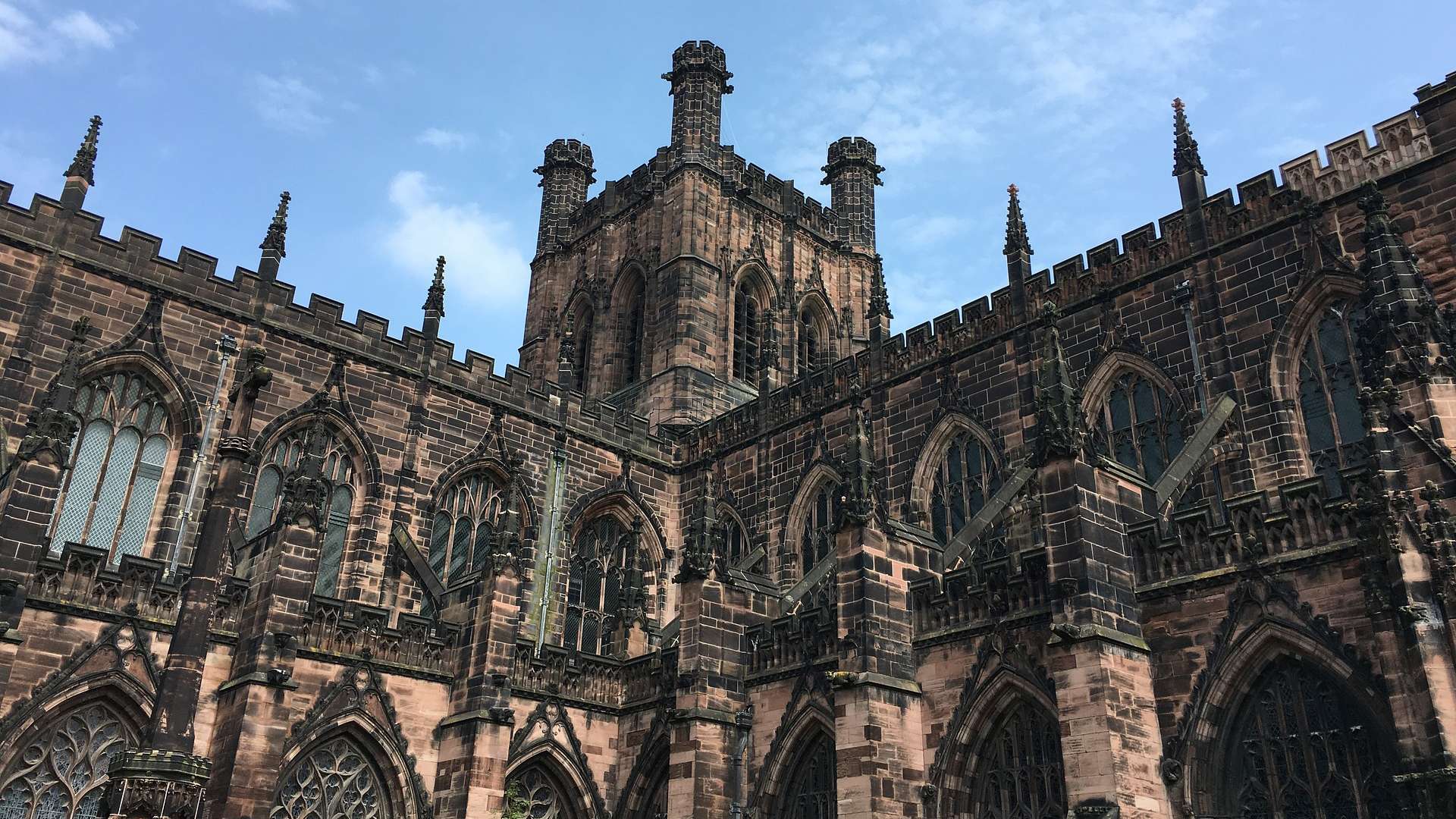 Things to do in Cheshire

With over 150 towns and villages and a rich and diverse population of around 1,020,000 people, we couldn’t possibly cover everything. With that in mind, here are just some of the highlights.

There’s so much to see and do in Chester that it deserves an article by itself. But if you do decide to visit this historic town, be sure to take some time to walk the ancient Roman walls and take in the spectacular Roman Amphitheatre; it’s the largest of its kind in Britain. But that’s not the only historic site worth visiting.

With roots dating back to 1093 when it was a Benedictine Abbey, Chester Cathedral is every bit as majestic today as it was in the minds of the monks who built it.

And less than a half an hour drive away, you’ll find the 4,000-year-old Beeston Castle. Aside from being one of the most impressive medieval castles in the country, it also boasts some dramatic views. On a clear day, you can see everything from the Pennines to the Welsh mountains. 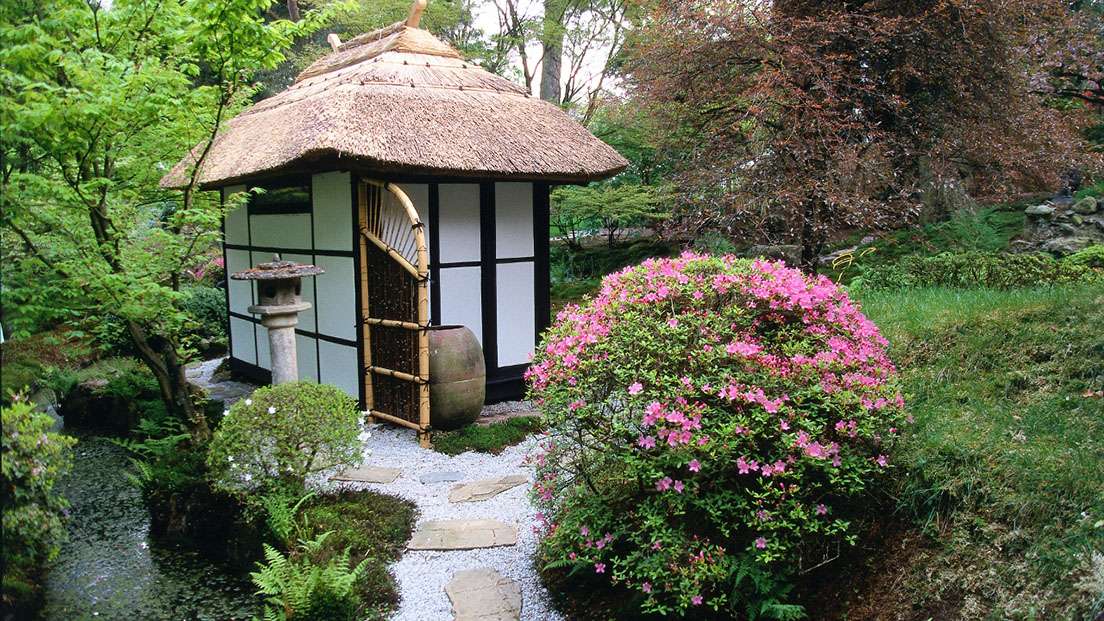 With its 19th century neoclassical mansion, 50 acres of landscaped gardens, 1000 acres of deer park, a rare breed farm and medieval Old Hall, Tatton Park is a must during any trip to Cheshire. Located north of Knutsford, it’s perfect for a leisurely stroll in the sun. The Japanese Garden is simply serene and animal-lovers will find pigs, goats, donkeys and more in the 1930s-style working farm. Not only that, you might even catch a glimpse of deer roaming in the wild woodland.

If a roam around gorgeous gardens is your cup of tea, it’s worth taking in another National Trust hotspot: Lyme Park in Stockport. Not only does it boast an attractive mansion, gardens and deer park, it was also used as a location for the BBC adaptation of Pride and Prejudice with Colin Firth. One visit to this timeless location and it’s easy to see why.

You’ll find even more historic charm at Norton Priory in Runcorn. Featuring the ruins of an enchanting Abbey and 18th century walled garden, it’s actually the most excavated monastic site in Europe. History buffs should also pop into the museum to see the iconic 14th century statue of St Christopher, amongst other treasures.

Speaking of historic gems, Dorfold Hall in Acton is a must-see for architecture enthusiasts. Nestled between 800 acres of countryside, this gorgeous Grade I building was considered by famous architectural historian Nikolaus Pevsner to be one of the two finest Jacobean houses in the county. Not only that, but just a four-minute drive away is the lovely market town of Nantwich. From 14th century churches and Tudor houses to medieval castles and French Baroque-style buildings, it’s a melting pot of exquisite structures. Nantwich Museum may be closed until the Autumn but one meander around these picturesque streets and you’ll learn everything you need to know about this lovely town. 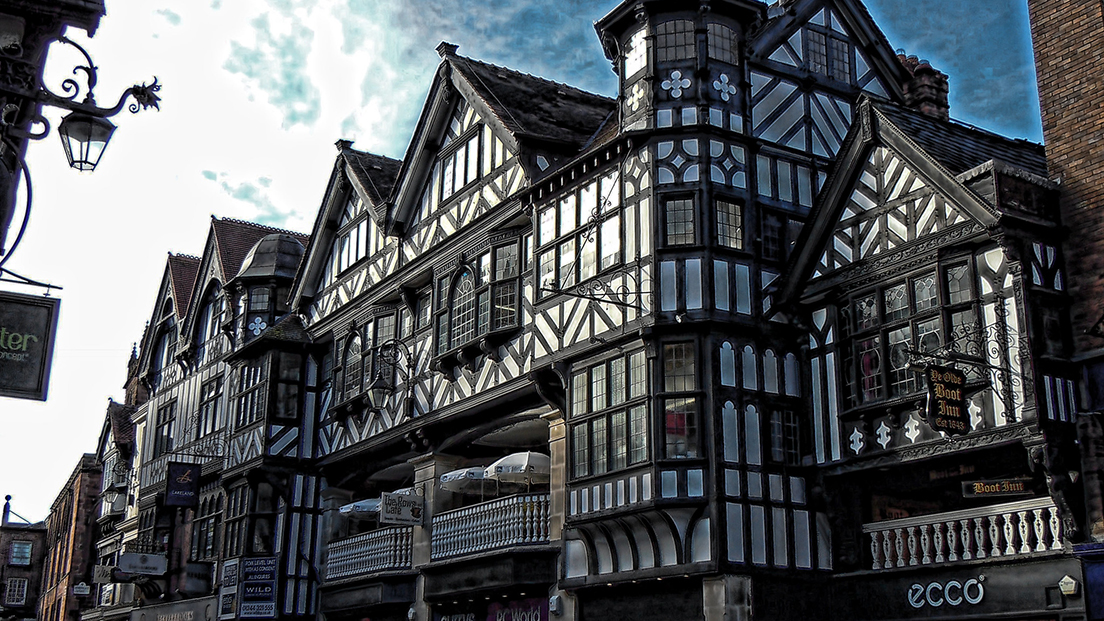 The shopping in Nantwich is well worth a look too. These medieval market streets have an abundance of unusual and interesting shops that are perfect for souvenirs and keepsakes. There’s also a well-stocked farmers’ market if you fancy sampling the freshest Cheshire produce.

For the trendier side of Cheshire’s commerce, head to Alderley Edge, Wilmslow or Knutsford. They certainly aren’t short of boutiques, antiques and jewellery outlets to peruse around - perfect if you’re looking to treat yourself.

But they’re not alone.

Chester is also a fantastic place to splurge your staycation savings. The Rows are world-famous and house a variety of boutique shops amongst their medieval, two-tiered galleries. And with plenty of striking, 13th-century buildings to wander around, it’s just as pleasurable to window shop as it is to spend. 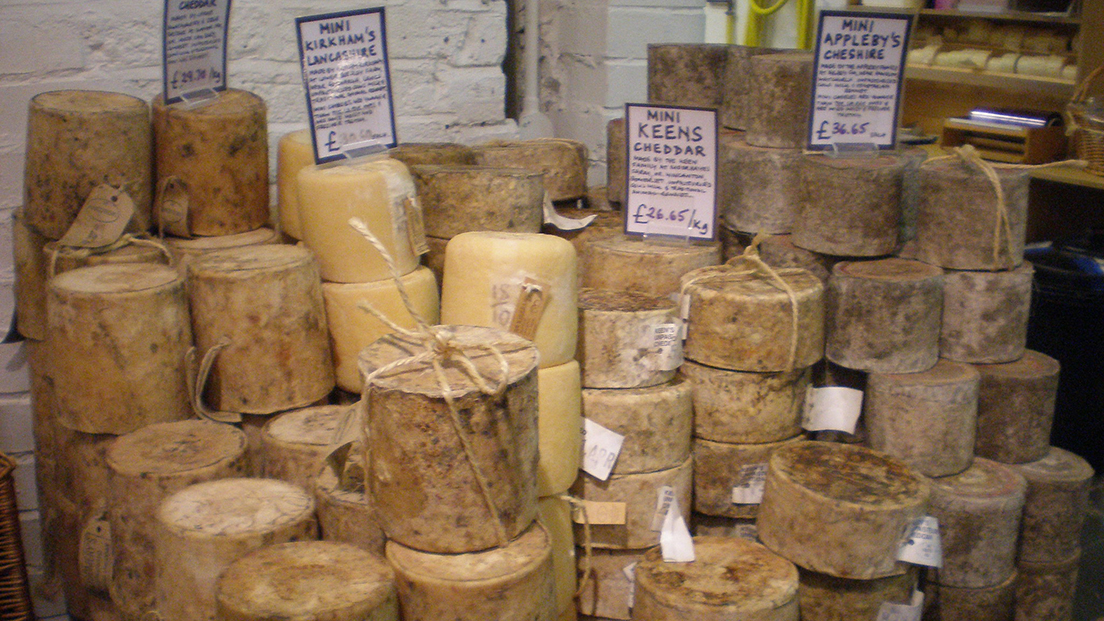 We couldn’t possibly talk about Cheshire without mentioning it’s world-renowned cheese. The Appleby family have been making this tangy treat on their farm since 1952. In fact, theirs is the last raw milk, clothbound Cheshire made in England today. Crumbly, zesty and so good it won 'Gold' at the World Cheese Awards 2018. Be sure to pick up a block (or two) when you’re in the area.

For quintessential British fare with a twist, head over to Poppy Rose Furnishings and Tearooms in Nantwich. This lovely independent tearoom has a charming vintage feel and serves everything from freshly baked cakes to their signature ‘super-duper’ milkshakes. There’s also an outdoor Mediterranean courtyard, perfect for watching the world go by on a sunny day.

Another great place for a light bite is Pierogi in Chester. All of their delicious dumplings are handmade and inspired by Polish traditions. This one’s not to be missed when you’re in town.

For a romantic evening meal, not to mention some of the finest Indian food in the area, be sure to book a table at K2H Creative Indian Kitchen in Sandbach. Perfect for meat-eaters, veggies and vegans, expect authentic Indian cuisine with a garnish of innovation. And to be extra safe, they’re currently serving all food on single-use, 100% eco-friendly, biodegradable palm leaf and bamboo plates (with bamboo cutlery). Feel free to ask for traditional crockery if you’d prefer.

If you’re staying with us and don’t feel like venturing far, The Restaurant at Rookery Hall has been awarded an AA Rosette for its elegant take on modern British food. There’s also an extensive wine and cocktail list, perfectly paired to wash it all down.

Speaking of which, there’s a fantastic array of pubs and bars to enjoy in the area.

Sample real ale from the finest artisan breweries at the Swettenham Arms. Sat next to their very own lavender meadow, this hidden gem in Congleton is an idyllic spot for an afternoon drink in the sun.

For something a little different, head over to the Cholmondeley Arms. Once a 19th schoolhouse, this characterful pub still has many of its original features; blackboards and old school furniture nod to its past. Alongside a great selection of beers and wines, they stock a staggering 300 gins. Not sure where to start? No problem, you can read about them all in their very own ‘gin bible’.

And if cocktails are your thing, Lono Cove in Chester has you covered. This Polynesian paradise was awarded Best Bar at the 2019 Taste Cheshire Food & Drink Awards for good reason. The decor is almost as good as the drinks - almost.

But a great staycation doesn’t have to be action-packed...

If you’re simply looking for a blissful retreat from the hustle and bustle of the everyday, look no further.

The Health Club and Spa at Rookery Hall is recognised as one of the top residential spas in the UK. Here you can sit back, relax and enjoy a variety of luxurious treatments; the facility includes seven treatment rooms, manicure and pedicure suite, Rasul mud therapy chamber, water wall sensory relaxation room, indoor swimming pool, fully-equipped gym and more. A select number of treatments are now again and new health and safety measures are in place to keep you and our staff protected. Set in 38 acres of breathtaking grounds, this is an idyllic spot for any escape. 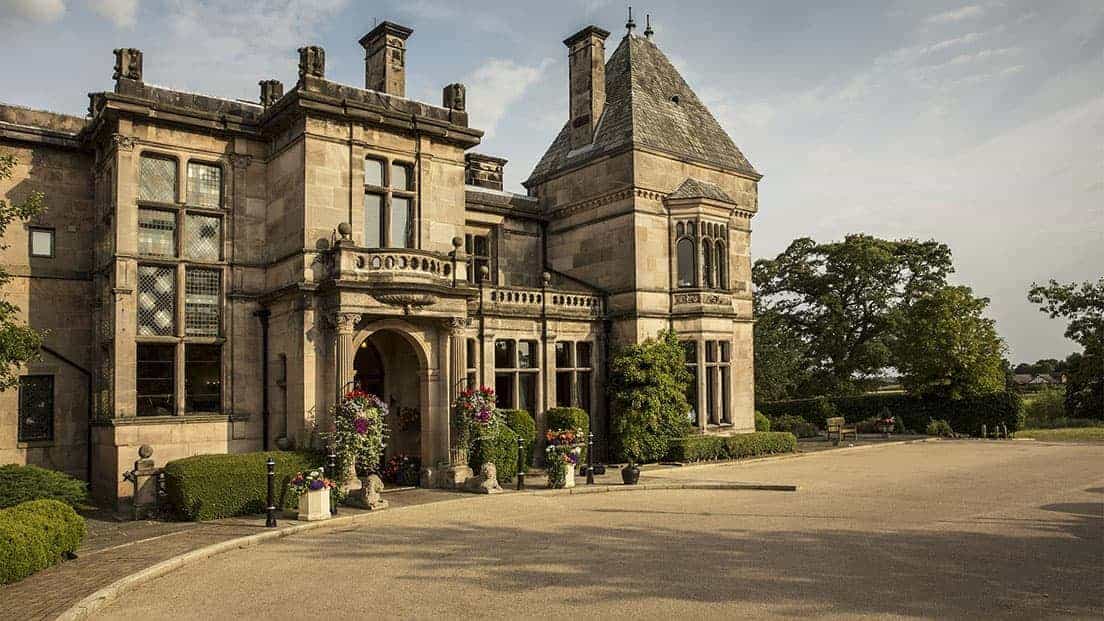 Planning a staycation in Cheshire? Rookery Hall Hotel & Spa is now taking bookings for stays with breakfast, dinner and everything in between. This unique and timeless country house has everything you need for a blissful break in the countryside. Rookery Hall is: