From the finest forts to World War II tunnels, Jersey has a wealth of fascinating heritage attractions just waiting to be discovered.

Jersey, the largest of the Channel Islands, is known for its beaches, temperate climate, gastronomy and beautiful scenery but it’s also steeped in heritage, and its rich and unique history attracts thousands of visitors to this popular destination every year. There is a wealth of major historical sites dating back hst heundreds of years, from WWII bunkers to ancient burial grounds, castles and military defences. 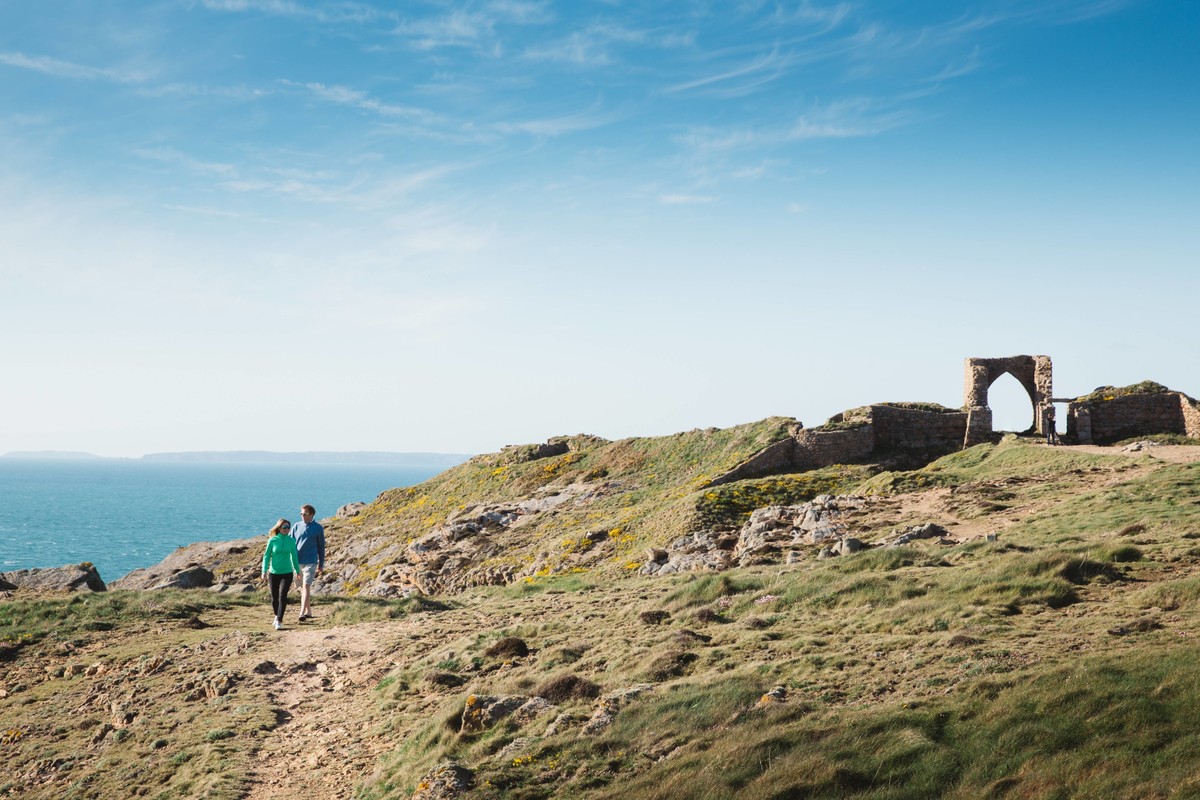 Jersey became an island in 6000 BC after splitting from the Normandy peninsula. During the Neolithic period, communities settled here and many of the island’s standing stones and burial chambers date from these times. Over the centuries it was plundered by the Vikings, exposed to constant attacks during the Hundred Years War, War of the Roses, English Civil War and Napoleonic wars and was the only part of Britain to be occupied by German forces. It has become part of France and England, but now it is a self-governing, British Crown dependent – a place all of its own with its own culture, traditions and practices. 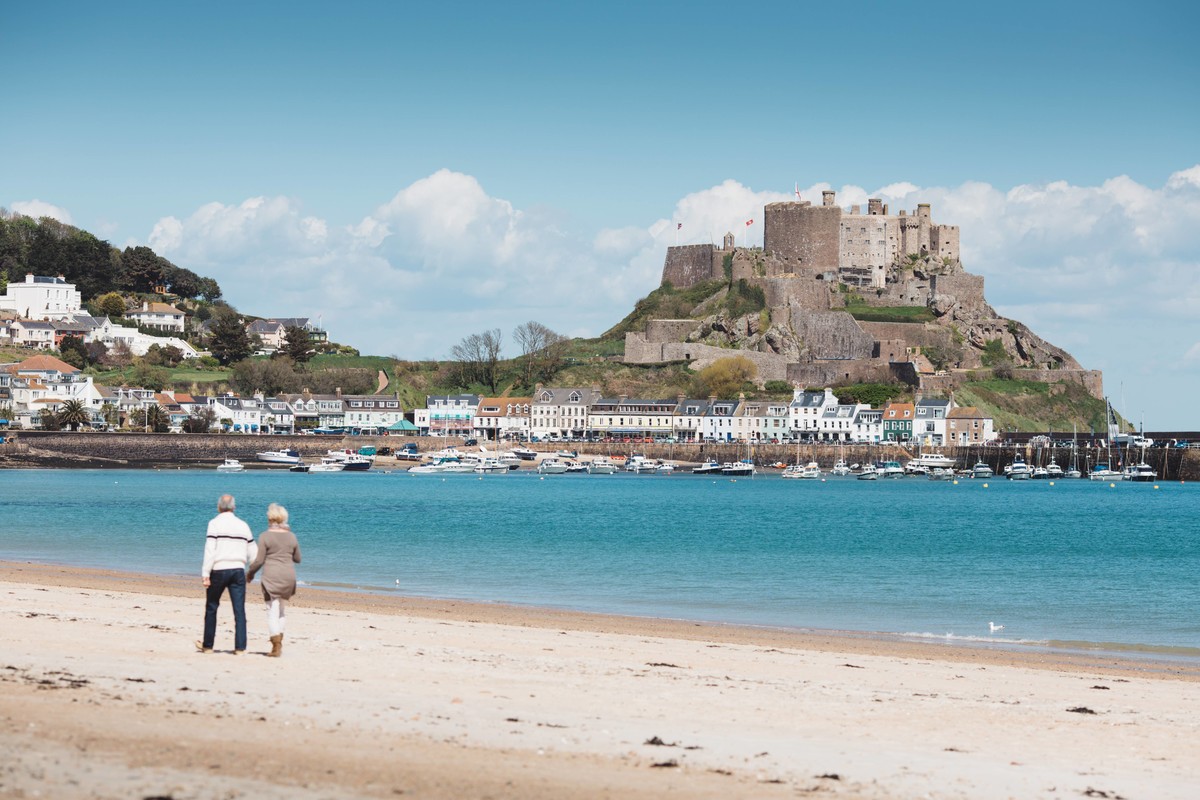 Boasting such a colourful past, anyone, regardless of being a history buff or not, should be able to find reasons to visit Jersey, and being just nine miles by five it’s easy for you to fit it all in.  With various specific heritage events and fun activities on through-out the summer season there’s something for everyone no matter your age or interests, you can also chose to explore Jersey’s history at your own pace with the various heritage trials compiled by the Jersey Tourist Information Centre. In fact, there are many hidden secrets waiting to be discovered for free around Jersey’s coastline and countryside, including fortifications, battlefield and occupation sites, some of which date as far back as the 13th century.

Here’s our top ten things to do and see:

Find out more about the island’s ice age history with Jersey Heritage's self-guided walking guides. Discover sites such as the headland at La Cotte, where Jersey’s earliest Neanderthal inhabitants made their home and if you’re lucky you may find a mammoth bone!

Like we said, there are lots of heritage events that take place during the year in Jersey, from tours of the key WWII sites to discovering the nooks and crannies of St Helier’s Old Quarter and guided walks.

Neolithic Dolmens – Jersey has many granite slabs and historic passage graves where it’s likely the island’s tribal chieftains were buried. See one of these dolmens at the Railway Walk where it joins the Rue de la Corbière.

Older than Stonehenge and the Pyramids, check out some of the gold and silver treasure on display at the La Hougue Bie – a Neolithic burial chamber built in around 3000 BC and one of Europe's finest passage graves. Don’t forget to visit the on-site geology and archaeology museum.

Mont Orgueil Castle is a medieval fortress besieged many times by the French during the Hundred Years’ War and witnessed many of the island’s key events – discover the ancient castle’s grisly story for yourself and then look round the beautiful fishing village of Gorey.

Only accessible at low tide by foot (or by the dedicated ferry), Elizabeth Castle is the perfect place to spend a day climbing the battlements, exploring the turrets and bunkers as well as learning more about Jersey's history.

Hamptonne Country Life Museum is a great attraction for the children. Dating back to the 15th century, the house and farm gives visitors a unique insight into Jersey rural life, with an orchard and its own calves, piglets and other animals in the traditional farmstead.

Housed within an underground complex, built by the Germans using slave labour, the Jersey War Tunnels provides an unforgettable and moving experience of the Island’s chilling past. It is the best place to get an understanding of the social and historical implications of German occupation, as well as learn about everyday life.

The Channel Islands Military Museum is located in a bunker that was built right into the sea wall and was one of Hitler's former Atlantic Wall defences. While less experiential and interactive compared to the War Tunnels, it’s still worth a visit for history fanatics.

The difference between the tides in Jersey is so vast that at low tide Jersey almost doubles in size, as the sea retreats as far as two miles off the shore. Take advantage of the low tides and walk to either Seymour Tower (accessible almost every day) or Icho Tower, which can be reached only a few days per month. The two coastal defence towers were erected in the 18th century following France’s attempt to invade Jersey and we recommend joining guided tours with Jersey Walk Adventures.

Whether it is outstanding places of interest, historic monuments or the many museums and galleries, there are so many ways to travel through time as you see the remains of a past that has shaped Jersey’s unique landscape. What’s more with a choice of two hotels both boasting award-winning food and spa facilities, you are assured of a memorable stay wherever you chose to have your heritage island break.

If you choose to stay at L'Horizon Beach Hotel & Spa overlooking St. Brelade’s beach make sure you take a walk to its far western tip where next to the Parish Church you’ll see the Chapelle-ès-Pêcheurs (Fishermen’s Chapel). Part of it dates back to the 6th century and if you look closely you’ll find the remains of ceiling paintings while the walls are made of limpet shells crushed with boiling water.

Alternatively if you choose to stay at the Grand Jersey Hotel & Spa in St Helier, then visit the town’s square or as it was known - ‘Le Vier Marchi’ (or Old Market Place), which was where prisoners were marched to and sentenced or kept in the stocks during the historic Battle of Jersey. Stroll down the historic harbour and you’ll find the uniquely interactive Maritime Museum, where you can learn about Jersey's nautical past.