Many of our hotels are located in a forest or have woodland of significance, and just as Commonwealth citizens are leading the world in efforts to protect the forest, so too is Hand Picked Hotels as we endeavour to raise awareness and save them for future generations.

The first time some of you will have heard about The Queen’s Commonwealth Canopy (QCC) is if you watched The Queens Green Planet on ITV in April, however despite its recent introduction into mainstream media, MP Rt. Hon Frank Field initially proposed the forestry project ten years ago. Officially launched in 2015, its main objectives are to provide a physical and lasting legacy of the Queen’s leadership of the Commonwealth and show what can be achieved for Forestry Conservation by 53 countries acting in unison. 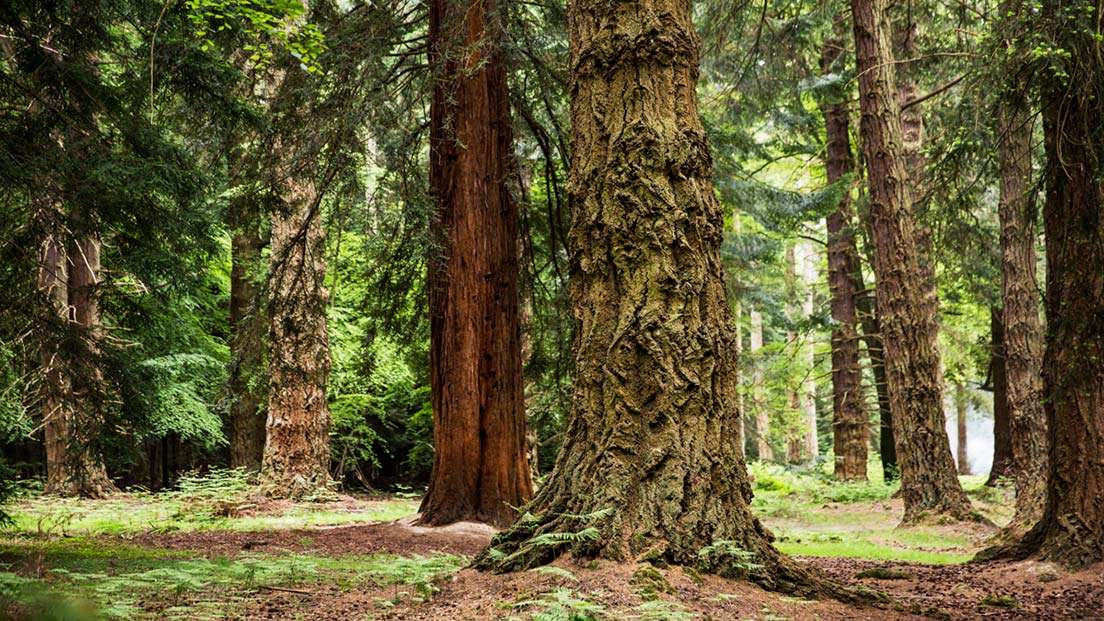 Many of our hotels are privileged enough to have beautiful gardens and forests, and we too are dedicated to preserving areas of indigenous forests for future generations. In addition to our commitment to improving our energy efficiency and lowering our carbon footprint, we also reduce our impact on the environment through waste management.

We understand the ethos of acting together as one to ensure forest conservation, which is why we are committed to proactively developing the sustainability of plant and wildlife in our grounds, too. So for example, we replace fallen or dead trees with regular auditing and recommendations for care from tree specialists, and we work with local bodies to monitor birds and wildlife inhabiting our ground. 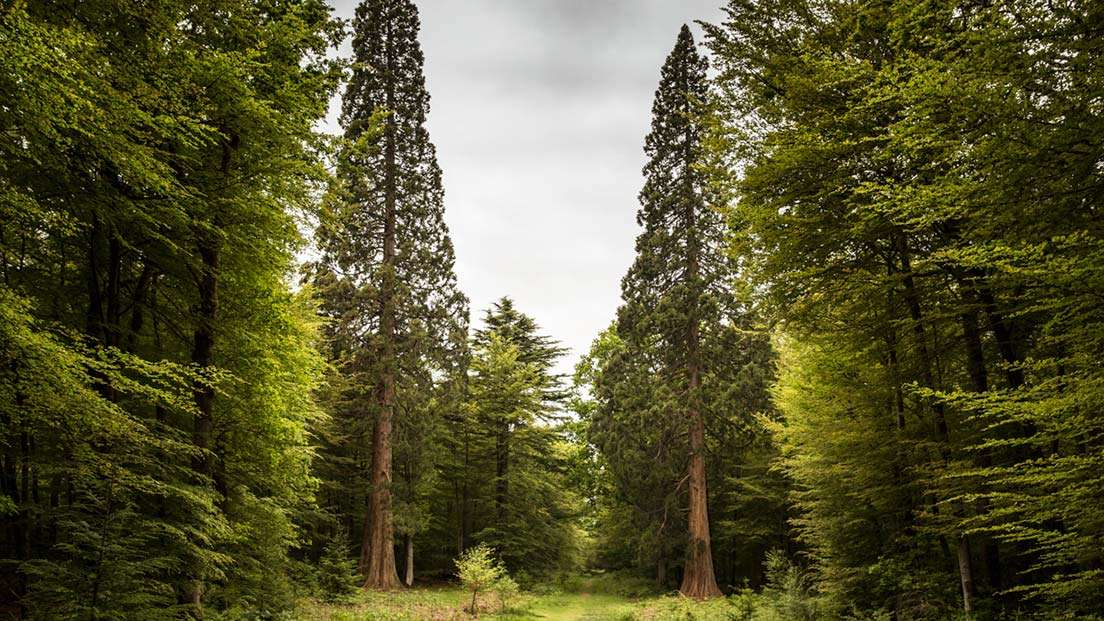 Five of our hotels have their own woodland, and perhaps the most impressive is Rhinefield House Hotel in Hampshire. Dan Brown told us: “The unique treescape is a consequence of both good fortune and good planning. Perhaps the single most important factor in its existence is that it was the site of a nurseryman’s cottage, which means that the nursery stock plan for the rest of the New Forest started in the 11th century and much of it stayed here to become the magnificent surroundings that we see today.

“As such, nowhere competes with the size and scale of the trees we have at Rhinefield, from the conical forms of Douglas Firs, Redwoods and Larch to the sweeping feminine curves of the purple beech and the craggy wizened beauty of the mature European limes.” 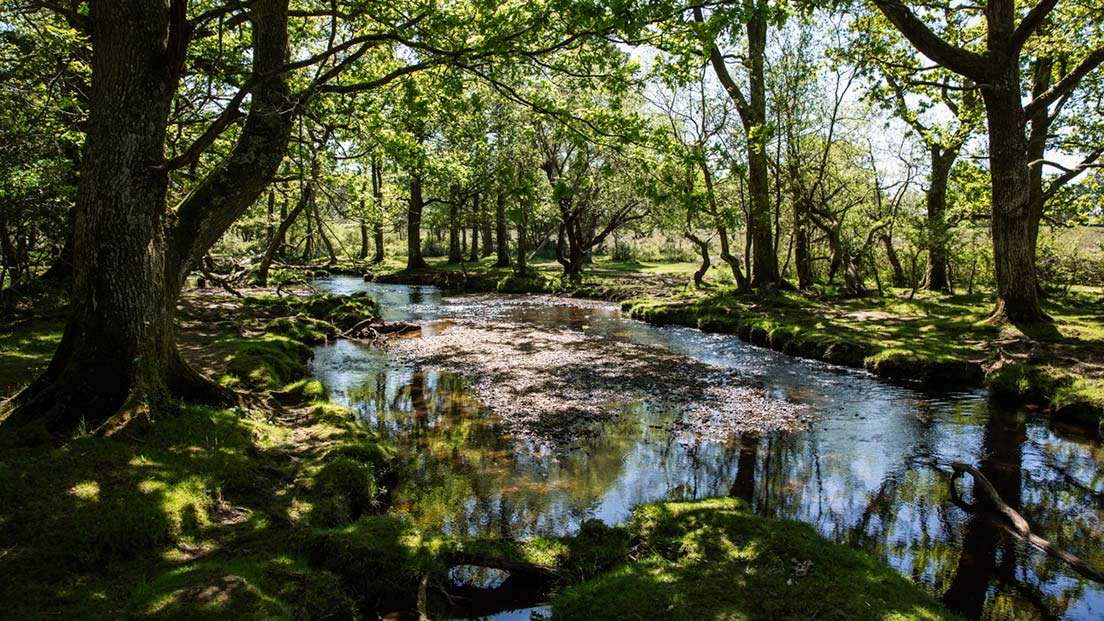 We are also very proud of the fact that some of our hotels have trees of significance. New Hall, for example, has a pair of Wellingtonia on the lawn, which may not be the tallest tree in the world but they are the largest by volume (reaching up to 95 m in height and 12 m in diameter). On its introduction to Britain in 1853, the species was named after the recently deceased Duke of Wellington, and these specimens are very impressive indeed.

Then at Fawsley Hall Hotel & Spa, there is a stunning large Cedar of Lebanon Tree at the back of the hotel, which predates the oldest part of the house, back to 1415. It’s a species of cedar native to the mountains of the Eastern Mediterranean basin and is prized for its high quality timber, oils and resins, in addition to being a popular ornamental tree in parks and gardens. The Fawsley Estate also encompasses Badby Woods, which is a Site of Special Scientific Interest. 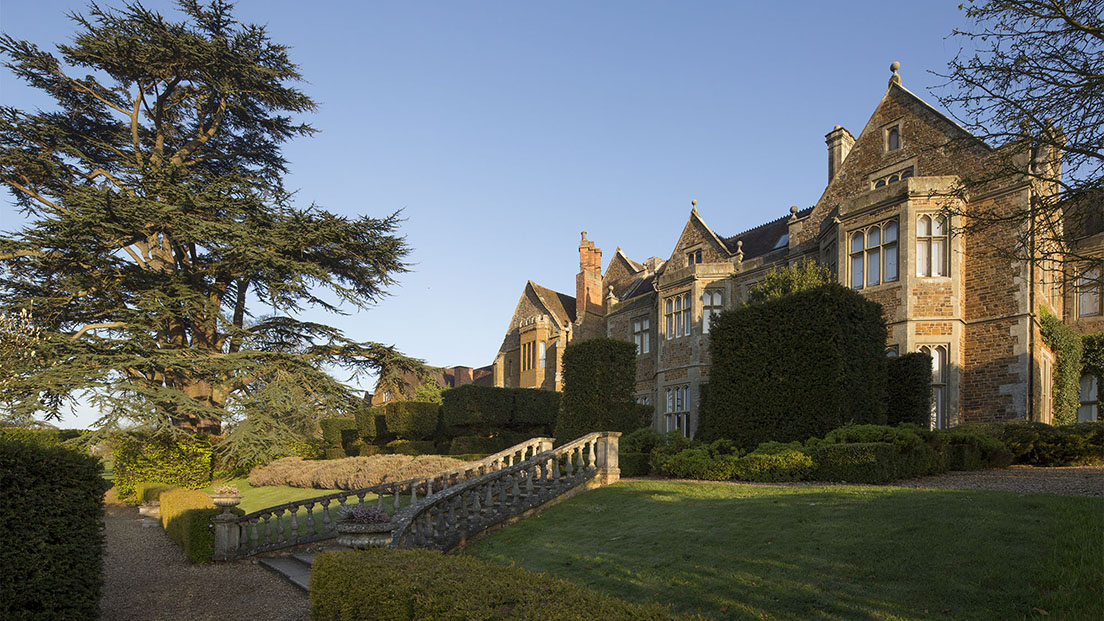 Buxted Park, which also happens to be set in 312 acres of the finest Ashdown Forest parkland, has a Hungarian Oak at the foot of its lake, which lays claim to being the UK’s largest. This fast-growing oak is native to southeast Europe and Turkey and its great summer foliage display turns to glorious shades of yellow and brown in the autumn. Furthermore, Buxted Park is passionate about forest regeneration and annually plant trees – this year alone has already seen 25 new trees and 500 m of hedging.

While both Buxted Park and Rhinefield House are unusual in that they are in the heart of well-known forests, New Hall is close to the National Forest embracing 200 square miles of the Midlands while Ettington Park has the Heart of England Forest on its doorstep. This area is very special as not only is it being protected and preserved, but renewed too. Stretching from the ancient Forest of Arden, south to the edge of the Vale of Eveshams, so far, 3000 acres of new woodland has been planted and the vision is for it to become 30,000 acres. Furthermore, Stratford-upon-Avon, which is just six miles away from Ettington Park, is also in the midst of an exciting new sustainable agroforestry project which will be a five-acre forest garden featuring over 100 varieties of edible plants, shrubs and trees when it’s finished.

Meanwhile the North York Moors, where you will find Crathorne Hall Hotel boasts more woodland than the New Forest, in fact, trees cover over 20% of the National Park while the Howardian Hills are dotted with ancient woodlands, together with wide, tree-lined avenues of great parkland estates.

Down in Northampton Fawsley Hall has Badby Woods, while venturing further down south in Kent you will find Bedgebury National Pinetum and Forest near to Chilston Park Hotel, a centre for International conifer conservation and one of the world’s finest collections.