Ahead of our busy Christmas period we took some time out to catch up with Head Chef Alan Robinson, here is what he had to say. 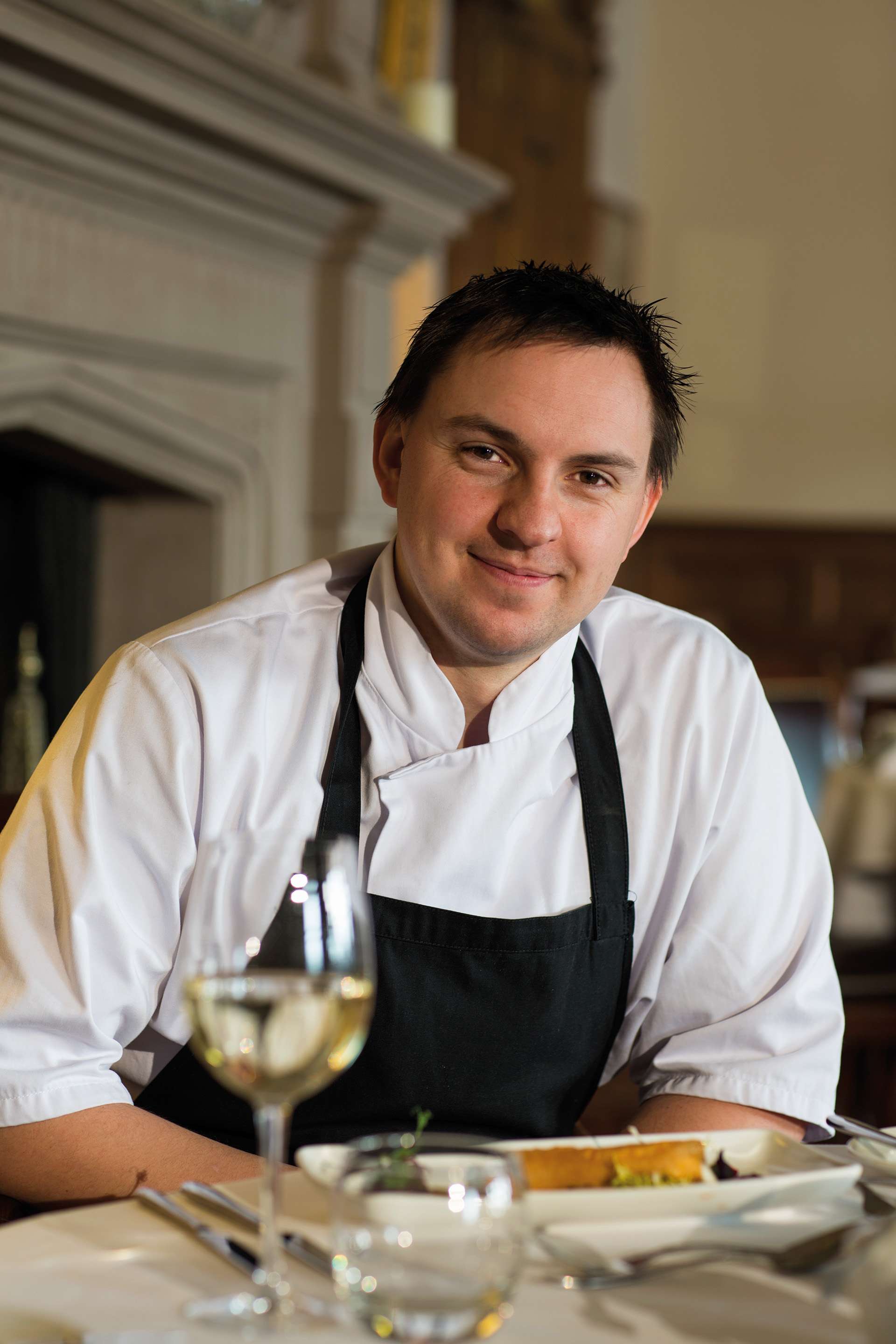 34-year-old Alan Robinson started his career in the kitchen when he was a teenager purely for the reason to afford driving lessons. Little did he know quite how much he would fall in love with the art of preparing food and just over a decade later find himself as Head Chef in a Hand Picked Hotels fine dining restaurant.

We caught up with Alan Robinson, who is the mastermind behind our delicious menus at Crathorne Hall and get to know more about him and his team, as well as his favourite ingredients and tips for cooking the perfect Christmas dinner.

Please tell us a bit about your background before coming to Crathorne Hall.

I started as a Kitchen Porter 14 years ago – initially to earn some money so that I could learn to drive. After a few weeks, the chefs gave me simple prep to do, which soon moved onto some of the complex elements of the menus. After covering for the pastry chef one night, I was offered the position of Apprentice Chef. To be completely honest I thought it would look better on my CV than Kitchen Porter, so took it until I found something else to do.

Two months later, I was spending all my money on professional knives and cookbooks and loving all of the new techniques and flavours I was discovering, not to mention the buzz you get from busy restaurant service! I worked my way up the ranks in two rosette hotels and restaurants in the north east before taking up the position of Demi Chef De Partie at Crathrone Hall. It was a very hard decision to make in my career at that point – as I was a Senior Chef De Partie at the time so it was a step down, but the Head Chef at the time wanted three rosettes and I had no experience in that area.

After just a few weeks, I was promoted to Chef De Partie and stayed at Crathorne Hall for three years working my way up to Senior Chef De Partie. After a brief period of working at a local award-winning gastro pub, I was offered a position to come back to Crathorne Hall as Junior Sous. That was eight years ago and I have been Head Chef for five years now. I have never looked back. 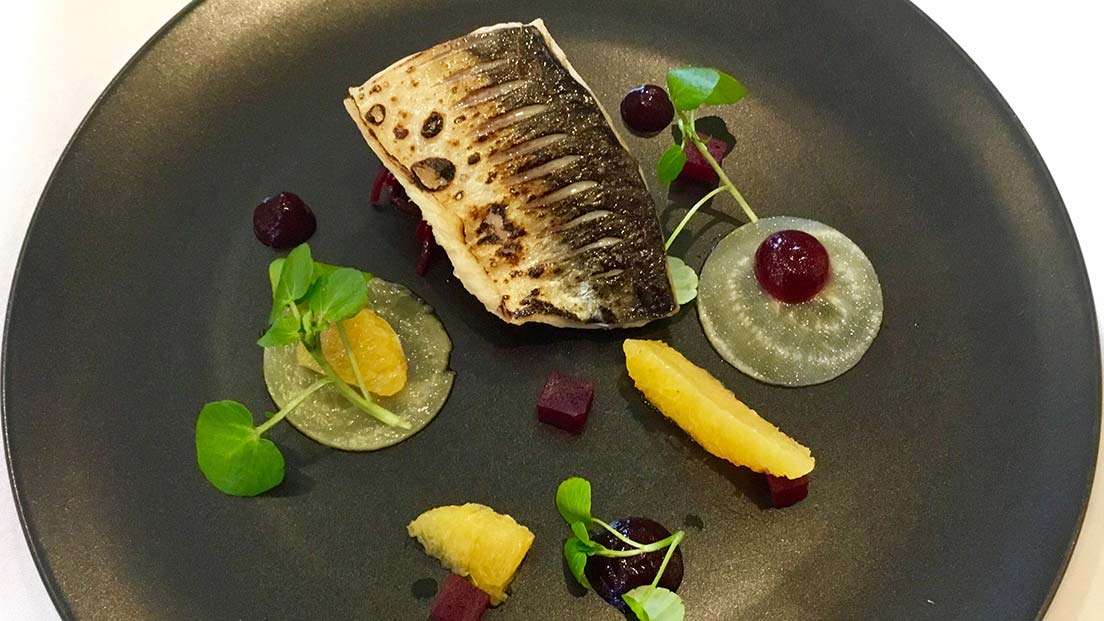 You will be launching your winter menu soon (December) – what was your inspiration for the dishes?

I have taken some of my traditional favourites and put a contemporary twist on them – using ingredients from local suppliers, of course. I do not want to give too much away – you will just have to come and sample the menu for yourself.

Perhaps you could reveal your preferred starter, main and dessert from the menu.

It would have to be the north coast mackerel, with beetroot, orange and watercress to start. I love mackerel – it is one of my favourite fish and goes great with the earthiness of the beetroot and the sweet citrus of the orange. For main Robin Hurst beef, this is a slow roast sirloin joint, with spinach, butternut squash, fondant potato and charred shallot. The beef on this dish comes from Hurworth, which is only 12 miles from us. Finally, for desert I would personally go for carrot cake, with carrot jelly, sorbet and brandy snap. This harks back to what I was saying about a modern interpretation of a classic dish. 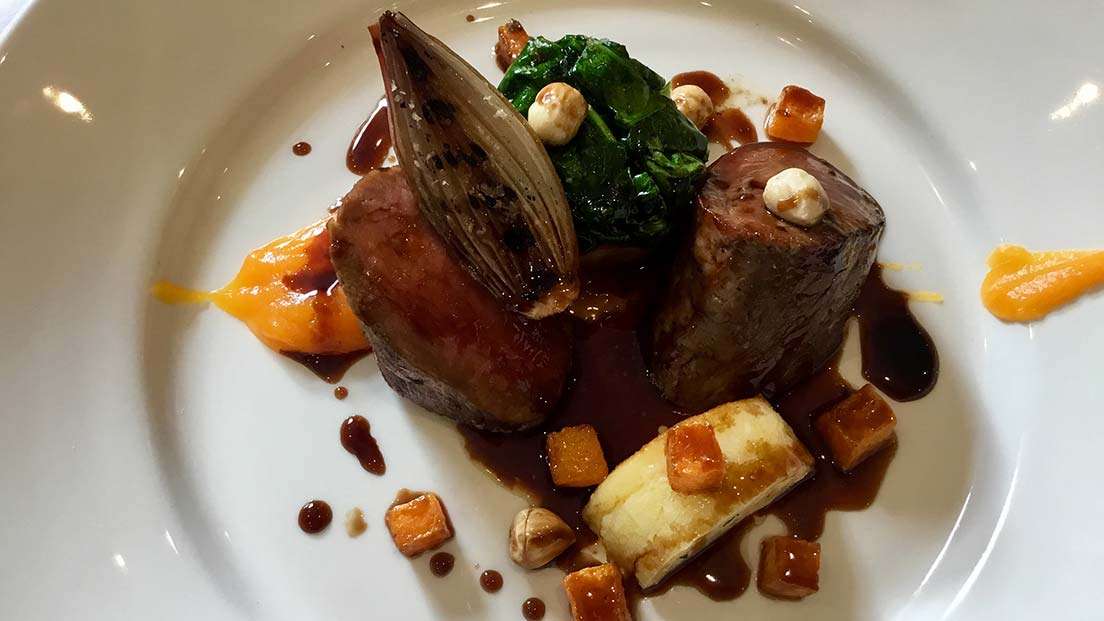 The winter season brings a new assortment of fresh fruit and vegetables, is there one ingredient you are looking forward to the most?

Parsnips, I love the sweet, slightly earthy flavour of parsnips, it is such a versatile vegetable. From soups to purees, you can roast and char parsnips, or even make ice cream from them, which you can often spot on our winter menu paired with a perfectly soft centred chocolate fondant. 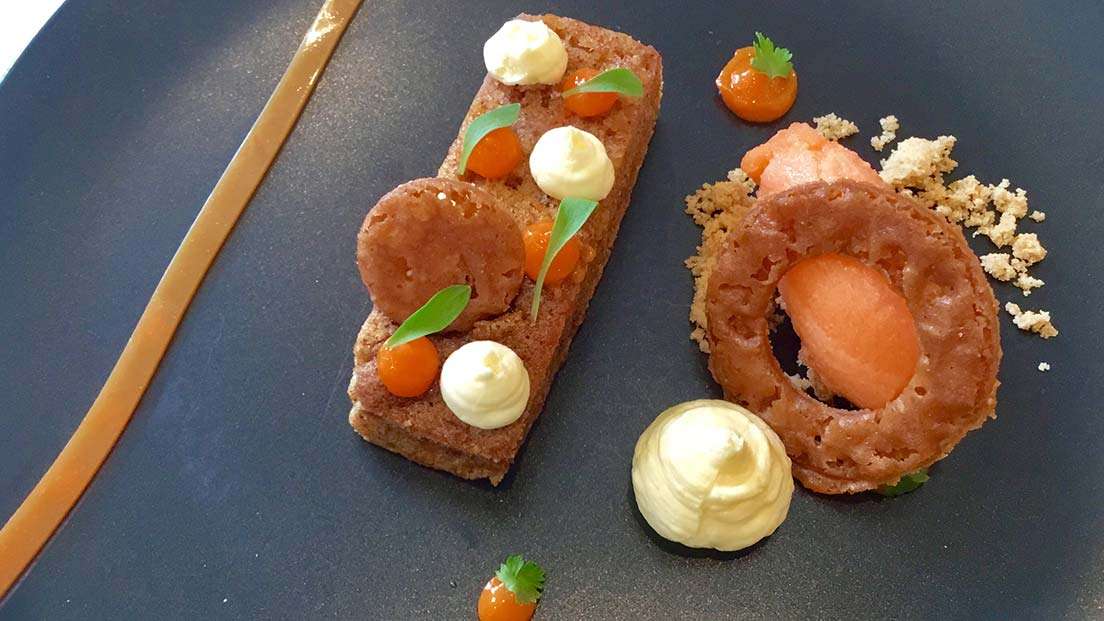 You will also be gearing up to Christmas party season soon – are you able to give us any festive fun facts?

We serve over 1000 mince pies a week – although they do appear on our afternoon tea, lunch, dinner and banqueting menus. It seems most people never bore of a good mince pie.

Is there something we can prep in the kitchen now to give us a head start for Christmas at home?

Any good Christmas pudding should be on the go by now – my gran would kill me if you could not smell the brandy from the pudding as you enter the house on Christmas morning!

Can you give us any tips on how to be organised on Christmas day when feeding all the family?

Get as much done on Christmas Eve as possible – so for example, you can peel and prep your vegetables the day before so there will be less mess to clean up on Christmas morning, and get anything that can go in the oven on a tray in the fridge so you can just put it in when you are ready. I also advise you plan what you are going to cook in advance to ensure you have enough pans, trays and oven space.

What will you be eating on Christmas Day?

Turkey with all the trimmings, hopefully cooked by my mum. 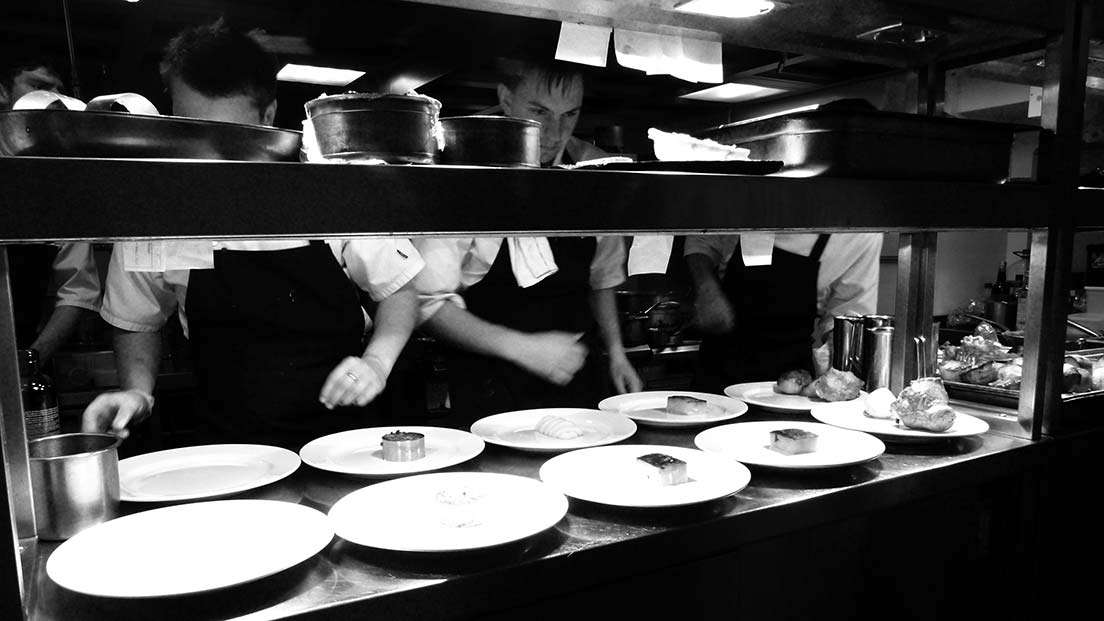 Can you tell us about your team?

Matt Coote is Sous Chef, and a recent addition to the team having only been here a few weeks. He has worked at two and three rosette hotels throughout his career and we are looking forward to seeing what he brings to the team

Georgina Wicks is Chef De Partie, and has been here for nearly two years now having worked her way from Commis Chef. The entire hotel knows when Georgina is working as her call for service echoes down the hallways. She started her career catering in nursing homes, but has found her place here and she is a great addition to our little team.

Laura Youngs holds the same role and has been here for a year now. She has a great talent and flare for presentation, particularly on pastry – she makes the best lemon macaroons.

Claire Anderson is part time Chef De Partie, and has been at Crathorne Hall for longer than I have and so brings firm knowledge of how the kitchen works and keeps everyone inline (except Georgina)!

Matt Hogg joined us as Commis Chef in June this year after he finished catering college – again we are looking forward to seeing how his career progresses over the next year.

Ben Kendal joined as an Apprentice Chef last year after completing a work experience placement over the summer and is a true team player. He always wants to get involved in the new menus and try out ideas, and will be completing his NVQ Level 2 in catering and professional cookery, any day now.

Last but by no means are least Janet Webb, Alex Ritmaa and Danny Kell, our kitchen porters. We could not run the kitchen without them maintaining and keeping the kitchen clean and tidy.

Is there a particular local supplier that you use a lot?

Delifresh, who are based in Newcastle, we use them for all of our fruit and vegetables. We have a great relationship with this supplier. They will always help us out last minute if we need something and have never let us down, not to mention they can supply us with some amazing Yorkshire produce throughout the entire year.

We then use Country Valley as our main meat supplier, and have done for as long as I have been working here. They are only ten miles away from the hotel and last year moved into their new depo, which has the largest Himalayan salt ageing chamber in the northeast.